(Minghui.org) The largest Chinese New Year parade in the Eastern United States took place in Flushing, New York, on February 17, one day after the Lunar New Year. Over 200,000 spectators packed the parade route to celebrate this traditional Chinese holiday.

The Global Service Center for Quitting the Chinese Communist Party (CCP) [also known as The Global Tuidang Center] presented its newly designed float to bring joy and hope to the festival-goers. The float also celebrated the more than 297 million Chinese people who have taken a stance and severed ties with the Party by withdrawing from the CCP and its affiliated youth organizations. 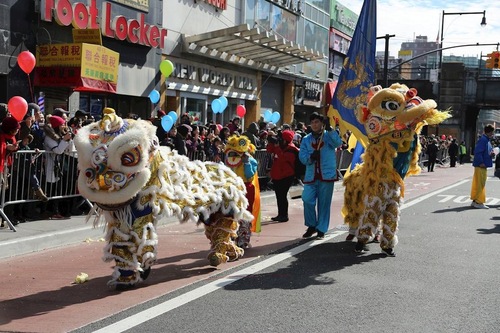 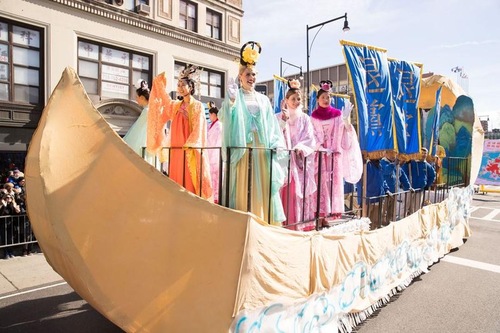 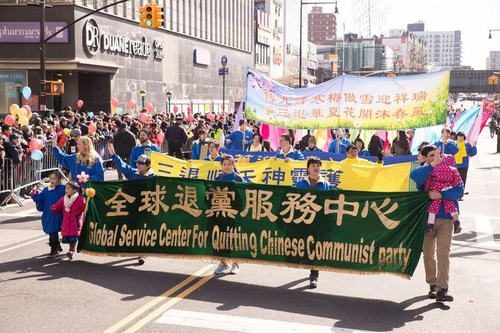 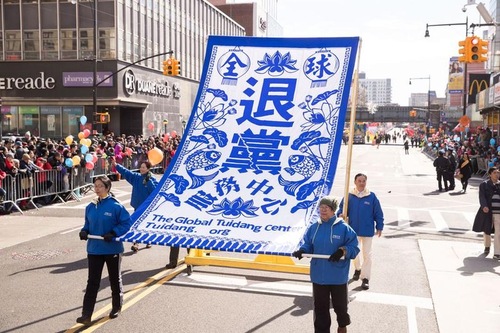 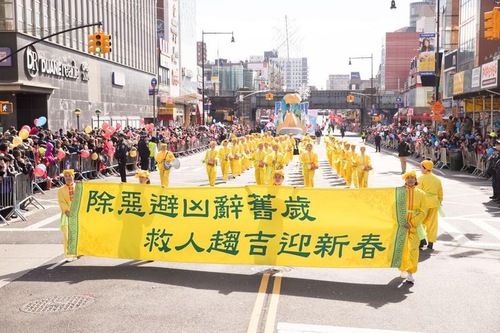 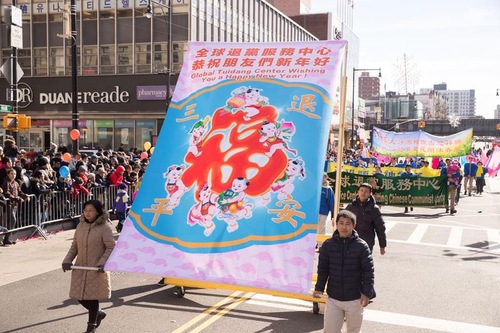 The Global Service Center for Quitting the CCP in the Chinese New Year parade in Flushing, New York on February 17, 2018

The float from the Global Tuidang Center was a 10-meter long yellow crescent-shaped ship, the hull decorated with clouds of blue and white and the stern representing a pavilion in a Heavenly paradise. On the bow were young women dressed as “celestial maidens”. There were six large blue banners atop the float with the golden characters for “Tuidang,” which means “Quitting the CCP,” shinning in the sun.

Leading the procession were two Chinese lions, followed by the float and a team of waist drummers dressed in golden exercise outfits. At the end of the lineup was a huge banner reading "Quitting the CCP to Secure One's Safety."

During the Flushing New Year event, 224 Chinese people severed ties with the CCP by quitting the party and its affiliated youth organizations.