The Different Types of Torture Endured by Wang Yongli

(Minghui.org) Mr. Wang Yongli, a native of Shenyang City, Liaoning Province, has been arrested and persecuted several times for refusing to renounce Falun Gong, and on June 7, 2012, he was forced to move after the local police ransacked his home.

On August 15, 2014, when Mr. Wang was working in Huichun City, Jilin Province, he was arrested by the local police for distributing Falun Gong materials. He was later sentenced to four years in prison on January 15, 2015, and released in September 2018, after the police extended his term by more than a month.

Mr. Wang was routinely tortured while he was detained and imprisoned. Below are some of the methods of torture that were used on him.

Mr. Wang was giving a round of beatings when he was first taken into police custody.

Separating Handcuffs with a Wooden Stick

After handcuffing Mr. Wang behind his back to a chair, the police inserted a wooden stick in between the cuffs and lifted it, causing excruciating pain. 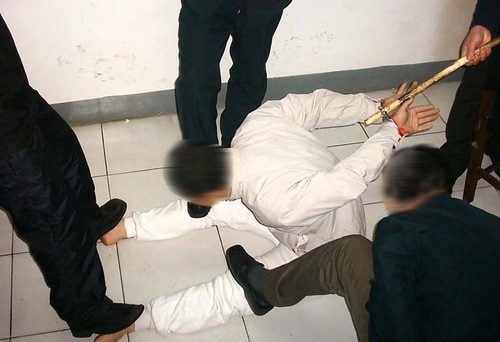 One of the tortures that Mr. Wang endured was called “grilling the whole sheep.”

The police handcuffed Mr. Wang after making him squat and hug his knees. They then inserted a wooden stick under his bent legs, before lifting him up and placing the ends of the sticks on two chairs.

While Mr. Wang was in that position, they doused him with cold water, put cigarettes butts in his nose, and shocked him with electric batons.

They had to make sure not leave him in that position more than 15 minutes at a time, or Mr. Wang's hands would become paralyzed after having his joints pulled this way.

After Mr. Wang was let down, he had to rub his fingers back and forth against his face in order to prevent his hands from becoming paralyzed.

The police also doused Mr. Wang from head to toe with cold water. They placed a towel on his chest or head and used a high-pressure spray to soak him.

Stepping on the Calves with a Wooden Plank

Another method used to torture Mr. Wang involved placing a wooden plank on Mr. Wang's calves. A few people sat on his legs while someone else stepped on his calves with a plank until his skin split open. 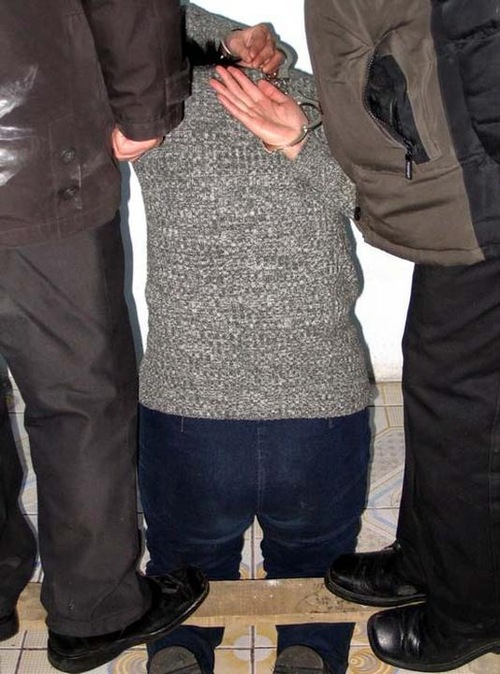 Torture re-enactment: Stepping the calves with a wooden plank

Pulling Up the Arms

After handcuffing Mr. Wang's hands behind his back, they inserted a wooden stick through his arms to pull up his arms to almost 90 degrees until the joints in his arms started to crack.

Other ways that Mr. Wang was tortured included having his ribcage scraped, being stabbed with keys, and being shocked with electric batons.

While he was detained, Mr. Wang was also forced to watch videos on Buddhist and Taoists scriptures or ordered to sit on the bed and face the wall.

“Fujian Woman Sentenced to Prison for Her Faith After Secret Hearing”