(Minghui.org) Falun Gong practitioner Ms. Wang Guiling died on November 10, 2017, just hours after she was tried in the Bayuquan District Court in Yingkou City, Liaoning Province. She had been illegally tried for her belief, in a secret trial.

Ms. Wang, a 46-year-old former nurse in Heilongjiang Province, was arrested with another practitioner on the night of May 19, 2017. 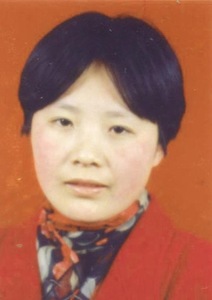 After news of her death got out, the court ordered every employee to write a guarantee statement that they would not tell anyone else about her death or discuss it. Ms. Wang's home in Linkou County was monitored, and the police questioned everyone who visited her home.

The exact cause of the death of Ms. Wang, who once worked at the Linkou County Forest Bureau Hospital, is unavailable.

Ms. Wang Guiling and Ms. Wang Pingguang were arrested at an intersection by patrol officers from the Hongqi Police Station on the night of May 19, 2017.

At 10 a.m. on November 10, the two practitioners were put on trial without legal representation, nor were their families informed. When some of their family members heard about the trial and went to the courthouse, they were denied entry.

When the trial ended an hour later and family members were able to talk to the defendants, Ms. Wang Guiling even smiled and greeted them.

However, news of Ms. Wang's death spread the next day. Her family later saw a document from the undertaker, which indicated that Ms. Wang's body was taken away at 1 p.m.

The 2017 arrest was not Ms. Wang's first. Over the past 18 years, she has been arrested many times and sent to forced labor camps twice for two and four years for upholding her belief in Falun Gong.

On April 13, 2006, Ms. Wang was at work when she was arrested by officers Wang Qinghe and Wang Chunming from the police department and police station. They and officer Jia Qijie beat and humiliated her for three hours.

Wang Chunming grabbed her by her hair and pinned her to the ground before kicking her in the head and face. Some of her hair was pulled out and her face was badly swollen.

The three officers then pulled her up and took turns hitting and slapping her. They looked through her phone book to find evidence to frame her.

After this ordeal, Ms. Wang was sent to a forced labor camp for two years.

After being released from four years of imprisonment in August 2016, Ms. Wang gave a personal account of her arrest in 2013:

On March 11, 2013, deputy head Ma Qingyuan and officers from the Linkou Police Station broke into my home and confiscated three Falun Gong books. They reported me to their chief, Sun Zhongmin.

About 10 minutes later, Sun showed up at my door with a female police officer who asked me to open the door.

When no one answered, Sun bellowed my name.

They left 10 minutes later, but a male police officer was stationed at my neighbor's house to monitor me. This officer stayed until dark, then left to get his dinner.

I saw him return later to stand right outside my neighbor’s door, watching my home. He eventually left and I escaped around midnight.

The next day, I called my hospital director, Gao Feng, to inform him that I would be taking leave.

He said he could guarantee that I would be safe and asked me to come back.

When I went back to work on the morning of March 14, he took me to the office and said, “Since the police found Falun Gong books in your house, they want to understand your situation. I'll accompany you to the police station. You'll be alright and we will return shortly.”

Gao had lied to me and had me arrested.

That afternoon, the chief and several other police officers ransacked my home and took a printer, a DVD player, a cellphone, a stapler, a carving knife, over 100 Shen Yun DVDs, Falun Gong books, over 200 copies of Minghui Weekly, over 100 one-yuan bills with information about Falun Gong printed on them, a photo of Master Li Hongzhi, and Falun Gong informational materials.

I was detained in the Linkou County Detention Center that night and heard that those who had participated in my arrest were rewarded.

My trial was set for a Friday in June, but I was taken to the court on Monday.

When I arrived in the courtroom, I did not see any of my family or friends, just procuratorate and court employees and the deputy chief of the police station who was in plainclothes.

I asked the court officials, “Why didn't my family come?”

“I'm not sure why—they should have been notified,” one replied.

The authorities were afraid that other Falun Gong practitioners, my family, and lawyers would be present, so they secretly held the trial early.

They did not inform my family and lied to them, telling them that the trial would be held July 2. I was sentenced to prison.

I appealed the verdict, but the sentence was upheld.

On October 9, 2013, I was taken to the Heilongjiang Women's Prison. While I was there, my employer fired me.

In May 2016, police department chief Sun heard that I might be released early and went to the prison to interrogate me.

“I'll give it you when you get home!” he said angrily. “I''ll get you a social welfare benefit when you return home and also get you your job back. I'll talk to you about it after you return home.”

When I was released from prison on June 15, 2016, the prison requested that someone from the 610 Office do the handover. Sun came.

On the way home, my family brought up the issue of my ID card to Sun but he pushed it away, saying, “That has to be discussed with the head of the police department.”

When my family asked about the social welfare benefit, he said, “We'll have to see what her (referring to me) attitude is.”

Ms. Wang's family asked the police for her ID card many times after her release, but the police refused to return it or to assist her in applying for social welfare benefits. Ms. Wang thus had to do odd jobs to make ends meet and later went to Yingkou City.