(Minghui.org) A Songyuan City resident was arrested in the provincial capital of Changchun City less than ten days after he moved there to look for work. A police officer punched him in the face so hard that he bled profusely and suffered a broken eye socket. His wife was arrested weeks later for trying to seek his release.

Mr. Li Guojun was targeted because he refused to renounce Falun Gong, a spiritual discipline being persecuted by the Chinese communist regime. He had been under surveillance since the persecution began in 1999.

Mr. Li had just stepped inside his rented apartment unit at 8 p.m. on September 13, 2017 when about seven officers from Minkanglu Police Station in Changchun City broke in and arrested him.

An officer took Mr. Li to the kitchen and punched him in the face. Blood immediately poured from his right eye, dripping to the floor. 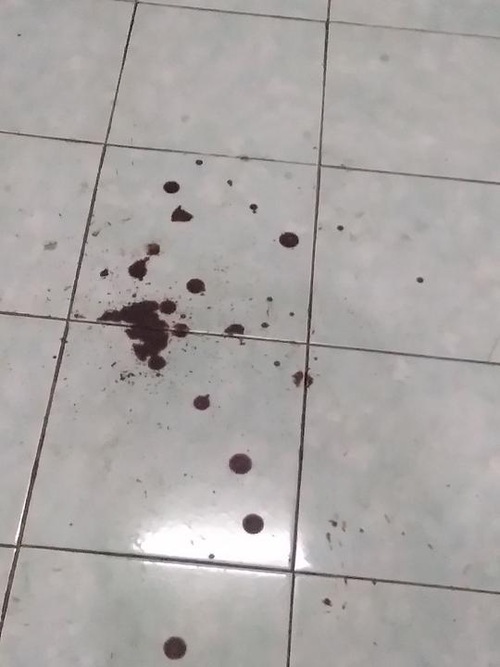 Mr. Li became disoriented, but it wasn’t until 3 p.m. the next day that police brought him to Jilin University Affiliated Hospital for a CT scan. The Changchun City Third Detention Center declined to admit Mr. Li when they noted the CT scan indicated his right eye socket was broken.

Instead of releasing Mr. Li, police took him to Xinkang Prison Hospital. They told doctors there that Mr. Li was injured while trying to run away from police.

Mr. Li’s wife, Ms. Wang Shuhua, who still lives in Songyuan City, wasn’t informed of his arrest. Having heard nothing from her husband, she looked everywhere and eventually located him in the prison hospital.

Ms. Wang was denied visits with her husband. She learned from her lawyer, who was allowed to see Mr. Li, that he had been injured.

Ms. Wang was arrested again outside the detention center on October 28, her scheduled date of release. The arresting officers included agents from Changchun and her hometown of Songyuan. Ms. Lan Yaqin, a Falun Gong practitioner in Songyuan who accompanied Ms. Wang’s relatives to pick her up, was also seized by police.

Police proceeded to ransack Ms. Lan’s home and arrested her son, Mr. Yang Dibo. Both mother and son were driven to Changchun City for interrogation. The young man was released that night, but his mother was detained for 10 more days.

Ms. Wang also got her home ransacked by Songyuan police. She was issued a formal arrest warrant in late December 2017. In the meantime, her husband’s case has been forwarded to Nanguan District Procuratorate, and he is facing indictment for his faith.

“Cultivating My Heart in Family Conflicts”