(Minghui.org) Mr. Liang Baofan, 52, was arrested on June 17, 2015, for filing a criminal complaint against Jiang Zemin, the former head of the Chinese Communist regime. Liang had been denied family visits until recently. On September 13, after many previous attempts failed, his wife was finally allowed to see him for five minutes.

Mr. Liang was sentenced to four years in prison at a secret trial on March 4, 2016, in the absence of his lawyer and family. It was only in early 2017 that his family found out that he was incarcerated in Gongzhuling Prison in Jilin Province. 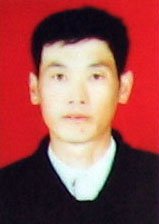 When Mr. Liang's wife tried to visit him on January 18, she was told she couldn't see him because he refused to renounce his belief in Falun Gong.

Again in April, she took their daughter and his mother with her to visit him. Mr. Liang's 75-year-old mother pleaded with the guards to let her see her son. A prison official said, “Liang refuses to write the guarantee statement to repent and give up the practice. We asked him to choose between writing the statements and seeing his family. He could see you if he wrote the statements, but he didn't. That's means he doesn't want to see you. That's his choice.”

When Liang's wife and her own mother went to see him again in July, they were told that Liang had not “transformed” yet. When the family pleaded with the director of the prison, he said, “You cannot see him. If he was a murderer, a thief, or a drug addict instead of a Falun Gong, I would let you see him today.”

Responding to the family's repeated demands, three prison officials came out to meet with them. They showed the family a video clip on a screen about an inch and a half square, claiming that was Mr. Liang Baofan and that he was doing fine. But the video image was blurry, and the family could only see the shadow of a person. “It is not that we won't let you see him, it is he who doesn't want to see you,” they claimed.

A Five Minute-Visit after Two Years

Mr. Liang's wife went to the Provincial Prison Administration Bureau and Office of Letters and Appeals to appeal for the right to see her husband. She eventually met with Wu Jiang, the director of the Legal Department of the Provincial Prison Administration. Wu told her to have the prison issue a formal document explaining why she had not been allowed to see Liang Baofan.

On September 13, Mr. Liang's wife went to the prison with other family members again. At first, they were not allowed to see Liang. One prison official said, “Those who commit murder or arson are allowed to see their families, but not Falun Gong.”

That prompted the official to compromise, but only Mr. Liang's wife was allowed to see him. He told her, however, she would not be allowed to speak to Liang during the visit. “We will arrest you if you speak,” he threatened her.

Liang's wife was ushered out of the visiting room and then allowed back in. She saw her husband standing there with two guards close behind him. When she indicated she would like to leave some money with him, he refused, saying, “It is not worth it.”

In less than five minutes, the visit was over. His wife, however, is optimistic and plans to visit him every month.

“Extricating Ourselves from Thoughts of Personal Gain and Loss”