The warrant for his arrest was issued in mid-July, and the domestic security division police charged him with “obstructing justice using a cult organization.” The District's Procuratorate did not accept the case and returned it to the police for insufficient evidence on August 22. 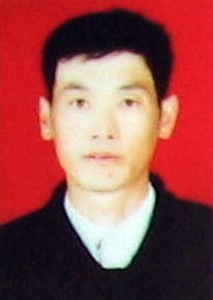 They arrested and interrogated him. They asked how he had sent his complaints against Jiang Zemin to the Minghui website and claimed that he encouraged others to file complaints against Jiang with the Supreme People's Procuratorate and the Supreme People's Court. They took him to the Shahezi Brainwashing Center before transferring him to the Jilin City Detention Center seven days later.

After Mr. Liang's lawyer visited him in the Jilin Detention Center on July 3, he went to the Yananlu Police Station to inquire about the case. He was not allowed to enter, but reached Li, the deputy director of the police station, by phone. Li told the lawyer that there was no case against Mr. Liang, hung up, and no longer accepted the lawyer's phone calls.

Mr. Liang's wife and daughter were forced to stay away from their home because officers from the Yananlu Police Station tried to arrest them. The police often went to Mr. Liang's mother's home to harass her.