(Minghui.org) Nearly 10,000 practitioners from 53 countries attended the New York Falun Dafa Experience Sharing Conference on May 15 at Barclays Center in Brooklyn. Mr. Li Hongzhi, founder of Falun Dafa, spoke at the conference and explained how practitioners can do better at improving xinxing and fulfilling their historic responsibilities. 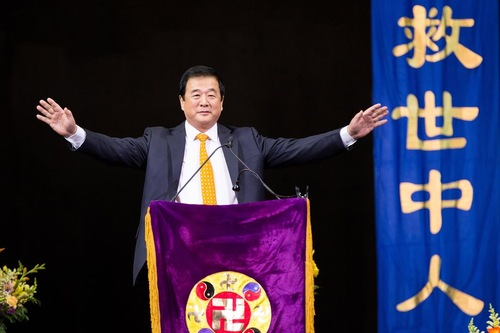 Master Li came onto the stage at about 11:20 a.m. and was met with a rousing standing ovation and loud applause. Master Li reminded practitioners who have not been diligent or who have not been genuinely cultivating that failing to fulfill their vows is not a simple issue of slacking off. It is instead a huge crime and enormous sin in their cultivation. 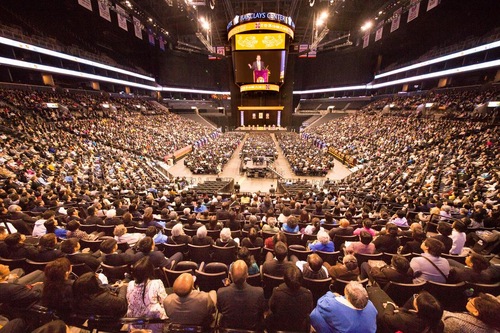 Falun Dafa experience sharing conferences have been held in New York each year since 1997. Master Li has lectured at the conference almost every year, so it has become an important event for Falun Dafa practitioners, attracting attendees from all over the world.

Although Falun Dafa was first introduced in New York in 1996, by 1999, 3,000 to 4,000 practitioners came from around the world to attend the conference, despite the high cost of getting there. The persecution in China began several months after that conference. Now, 17 years later, participation at the conference has increased to nearly 10,000, including many coming from mainland China. 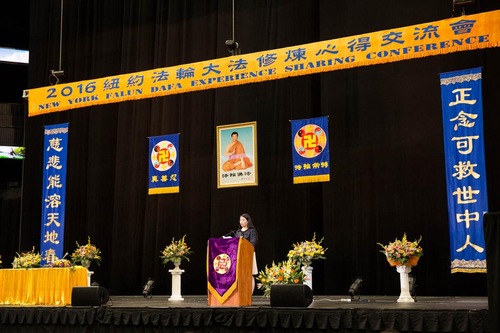 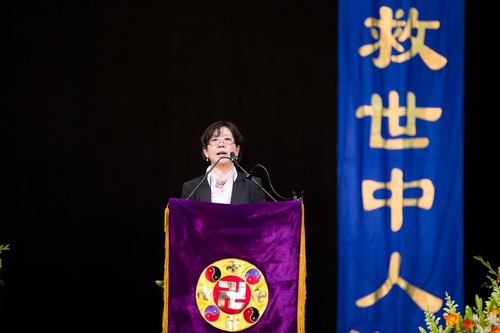 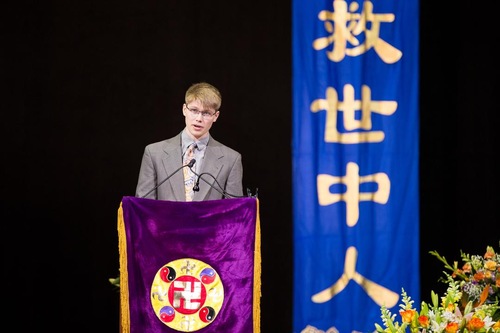 Members of the audience remarked that Master's lecture made them feel the urgency of cultivating themselves better and saving more people.

After hearing fellow practitioners share their experiences, some said they were able to identify areas where they can do better. By cooperating well and letting go of human notions, they plan to work together to cultivate well, fulfill their mission, and save more people.

“Miracles Happened and Lessons Learned During My Detention”