(Minghui.org) Once the largest prison in the world and known as the “Alcatraz of the Orient,” Tilanqiao Prison in Shanghai is actively involved in torturing Falun Gong practitioners for refusing to renounce their belief.

Most practitioners are now confined in Ward 7, where guards and prisoners are often rewarded for coming up with new ways to inflict torture.

Prisoners are instructed to beat Falun Gong practitioners every day if they refuse to "transform." The prisoners get to hit the practitioners or shock them with electric batons however they wish, as long as the victims don't die. The torture often takes place in solitary confinement, where no other prisoners are around to witness the abuse.

If practitioners go on a hunger strike, guards tie them to a “Tiger Bench” and deprive them of sleep. As part of force-feeding practitioners who go on hunger strikes to protest the torture, the guards use scissors to pry open the practitioners' mouths and pour food in without using a feeding tube. 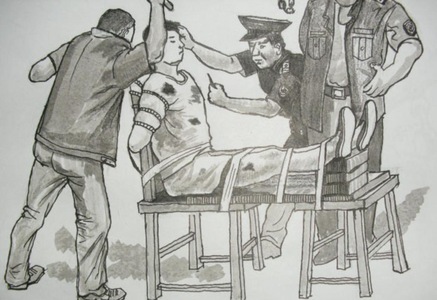 To please the prison authorities, one prisoner came up with an idea to force-feed the practitioners with concentrated brine.

The same prisoner also wrapped plastic bags around practitioners' heads while they were on the Tiger Bench. Practitioner Mr. Zhou Bin was tortured like this for a month.

If the practitioners do the Falun Gong exercises or do not follow orders, they are stabbed with needles all over their bodies.

The guards sometimes limit how much food is given to practitioners who refuse to give up their beliefs. A daily diet consists of only three buns, four cups of water, and some pickles. 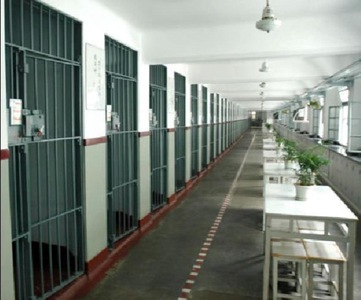 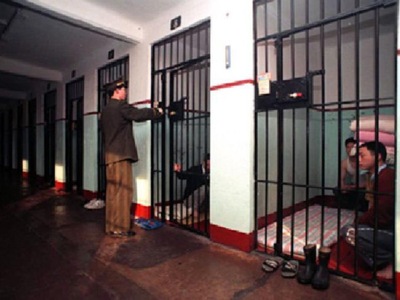 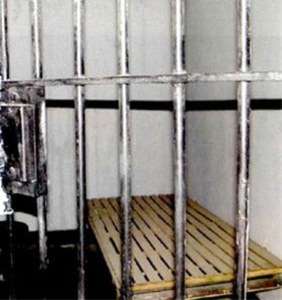