(Minghui.org) Shanghai is the largest and most prosperous city in China, and one might easily get lost among the high-rise buildings. However, in the heart of this modern and dazzling city lies the hundred-year-old Tilanqiao Prison. The brutality carried out by the guards behind these prison walls is in sharp contrast with the city outside.

Tilanqiao Prison was originally built to hold those convicted of crimes in the Shanghai International Settlement during the Qing Dynasty. It was once the largest prison in the world and known as the “Alcatraz of the Orient.” 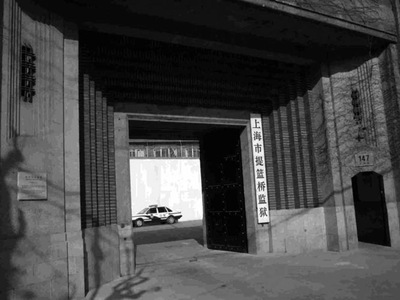 The Persecution of Falun Gong Practitioners in Tilanqiao Prison

After the Chinese Communist Party (CCP) launched the persecution of Falun Gong, several hundred male practitioners were taken to Tilanqiao Prison. Many were tortured to death, driven insane, or permanently disabled due to the severity of abuse. Many practitioners considered “hard to deal with and difficult to 'transform'” by prison authorities elsewhere were transferred here.

Many female practitioners held in the Shanghai Women's Prison were transferred to Tilanqiao Prison, where they were also brutally tortured.

The procedures followed in the Youth Ward are based on years of experience in handling death row inmates. There is a strict system of supervision. Anything remotely considered a "basic human right" has been taken away. Practitioners are placed under the surveillance of dedicated inmates assigned to monitor them around the clock.

Several guards active in persecuting practitioners in the No. 5 Ward have received numerous awards. Many have been promoted to the ranks of prison leadership.

Practitioners are body searched as soon as they are brought in. They are then put into a small, bare cell. Practitioners have to sit on the floor with both legs stretched out and are not allowed to move.

Besides the No. 5 Ward, the prison authorities have taken many practitioners who were firm in their belief to other wards. The No. 1 Ward is known to be the worst. Most prisoners in the No. 1 Ward are serving sentences of 15 years or more. After spending such a long time there, they try very hard to please the guards to get their sentences reduced. Several practitioners held in No. 1 Ward have been subjected to abuse and brutal torture by those prisoners.

In Tilanqiao Prison, besides vicious beatings and other forms of torture, practitioners are subjected to brainwashing, have to engage in slave labor, and endure other forms of persecution.

In addition to being forced to sit, having their heads being pushed into a toilet bowl, being force-fed, and deprived of sleep, the guards also use the following measures to torture practitioners.

Stomping on the Base of the Thigh

Trained by prison guards, many inmates stomp on the base of a practitioner's thigh while beating him. There are no internal organs located in this part of the body, but hitting a person there inflicts severe pain. One can easily pass out because of the excruciating pain without the danger of injury to internal organs or death.

“Gnawing on the Bone” – a Form of Gagging

Tying Up a Man's Penis

A male practitioner who went on a hunger strike to protest was stripped of his clothes and tied up in bed. Then the prison's medical technician catheterized him. After that, they fastened rubber bands at the base of his genitals. This made the practitioner's whole body swell up. First the bladder and then the kidneys started to hurt. The goal was to force the practitioner to give up protesting.

Layout of the prison

Forced labor in Tilanqiao Prison is very intense. Practitioners have to get up every morning around 5 a.m. Some nights they have to work until 11 p. m. or even later. Many cargo vans with no windows go in and out of the prison gate. The frequency of loading and shipping is on par with that of a medium or large-sized enterprise.

The No. 1 Ward produces large quantities of different kinds of transformers, which are exported to countries around the world.

The No. 2 Ward manages the prison's logistics, including food, accounts, etc. Prisoners are responsible for packaging soaps. 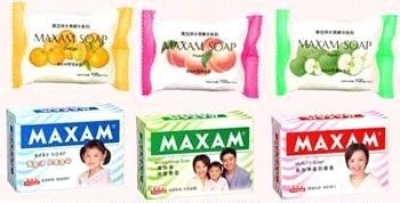 The No. 3 Ward is engaged in forced labor related to printing.

The No. 4 Ward is known as the "Shenjiang Garment Factory" to the outside world. This prison garment factory produces a wide variety of products, including all kinds of knit wear and non-woven shirts, 100% cotton or knitted T-shirts, regular shirts, and undergarments, among others. Many exporters in China place their foreign trade orders directly with the prison's Shenjiang Garment Factory.

The No. 6 and No. 7 Wards are engaged in sewing as forced labor.

The No. 8 Ward manages the medical system of the entire prison system, including the prison hospital.

The No. 9 Ward is a so-called “cultural” ward. The prison authorities organize female inmates to engage in “culture and sports,” entertainment, and propaganda in the prison, which also serves the needs in the entire Shanghai prison system.

The No. 10 Ward is for the “elderly and handicapped.” Inmates there are either old or disabled. Nevertheless, they are also forced to do hard labor every day, primarily packaging silk scarves, handkerchiefs, and other silk products for export.

3. Enforcing the Inmates Code of Conduct

Tilanqiao Prison maintains strict control over practitioners based on the rules and regulations in the Inmates Code of Conduct.

Chapter 5, Article 18 of the Inmates Code, “Inmates Assessment and Scoring for Incentives and Penalty,” lists details on penalty points for practitioners:

(1) If a practitioner does not strictly follow the rules for writing routine reports on his or her thoughts or composing other materials as required by guards, 1 to 3 points will be deducted for each occurrence.

(2) If a practitioner says or does anything to prevent other practitioners from being "transformed," 1 to 5 points will be deducted for each occurrence.

(4) If a practitioner ridicules, mocks, or verbally abuses someone who has been "transformed" or an inmate assigned to monitor, 1 point will be deducted for each occurrence.

(6) Producing “Falun Gong” related content in the prison will result in 1 to 6 points deducted for each occurrence.

(7) If a practitioner insists on doing the Falun Gong exercises or shouting anything to do with "Falun Gong," 1 to 6 points will be deducted for each occurrence.

(8) If a practitioner refuses to wear the prison uniform or alters it, damages the designation card, refuses to have his photo taken upon entering the prison, refuses medical treatment or to take medicine, refuses to register and fill out various forms, or otherwise disobeys routine management, 1 to 3 points will be deducted for each occurrence.

(9) If a practitioner goes on a hunger strike (for longer than three days), 3 to 5 points will be deducted for each occurrence.

Zhu, head of the Youth Ward, and political head Wei Yong started to train inmates who were assigned to monitor practitioners in June 2006 in order to improve their ability to monitor more practitioners more effectively. These monitoring inmates were ordered to study the “Monitoring Rules” and to watch television programs that slandered Falun Gong. They also had to take an exam. Anyone who failed the exam would have 2 points deducted, which, in Tilanqiao Prison, would be equivalent to having no chance to reduce one's term by any number of days.

Mr. Zhao Bin (赵斌) was transferred to Tilanqiao Prison on September 3, 2013. He died as a result of severe abuse on October 19, 2013, just 46 days later. The prison authorities cremated Mr. Zhao Bin's body on October 24, 2013, and have so far not announced the cause of his death. 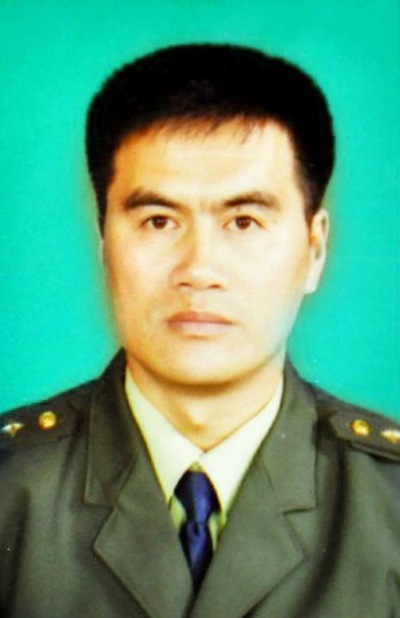 Mr. Chen Jun (陈军), 27, was tortured and beaten to death for refusing to stop study the Falun Gong teachings and doing the Falun Gong exercises in Tilanqiao Prison.

The guards were very angry to discover that Mr. Chen was studying and practicing Falun Gong. They put him in a confined cell in the No. 2 Ward on January 18, 2006, and started to torture and beat him. Inmates who witnessed the beatings said that Mr. Chen's hands were tied with belts. His hands were twisted behind him and secured around his waist. He couldn't move his hands or arms. The guards sealed his mouth with tape and viciously beat him, non-stop.

After being tortured for a week, Mr. Chen was near death. He was taken to the prison hospital. Shortly after, the prison authorities sent a dying Mr. Chen home. About a month after he returned home, he passed away.

Mr. Xiong Wenqi (熊文旗) went on a hunger strike. Ten people took turns beating him every day. His head was injured and his skull was exposed. He was paralyzed and in a wheelchair before he was released on medical parole.

After five years of hunger strikes, Mr. Qu Yanlai (瞿延来) was emaciated. The guards dragged him back and forth on the cement floor until the bones in his feet protruded through his skin.

Mr. Zhou Bin (周斌) was kept in a small cell for four years without being allowed to go outdoors for fresh air. His genitals were seriously injured as a result of being repeatedly beaten. He had to be treated in a hospital for four months.

Mr. Du Ting (杜梃) was repeatedly abused for seven years. He developed pleural effusion and tuberculosis. He had to be taken to a hospital for treatment when his condition was critical.