Ms. Zhang Shuxia was 60 when she was taken to the Liaoning Women's Prison in 2005. The police instructed two prisoners to place hot peppers on her vagina. They forced her to drink salty boiling water that had soaked hot peppers. They poured the peppery water over her buttocks, and then forced her to drink the soiled water.

Ms. Liu Shuyuan, 62, told how she was stripped naked and violently beaten when she was detained in the Liaoning Women's Prison in the summer of 2005. Ms. Liu's body was covered by cuts and bruises. Her torturers rubbed salt into her wounds as they continued to beat her.

Ms. Wu Yuping was tortured with electric batons in 2003 and 2004 at the Liaoning Women's Prison. In the Spring of 2003, police used electric batons to shock her mouth, which quickly became badly swollen. On April 5, 2004, because Ms. Wu refused to give up her belief in Falun Gong, the police gave her electric shocks from 9 a.m. To 4 p.m., taking turns when they tired. Several months later, her back still bore burn marks.

Ms. Liu Zhi, 51, was taken to the Liaoning Women's Prison in July 2011. There she was laid out on the “death bed.” Her arms and legs were stretched and secured to the four corners of a metal bed frame. She was kept in this position 24 hours a day for days at a time. She was not released even for meals.

When Ms. Liu's family visited her in prison in September, she needed help to walk since her feet and legs were swollen. She could not tie her own shoes, as she could not unclench her fists. She could not raise her arms as high as her head. She was unable to sit upright in a chair and kept falling off. 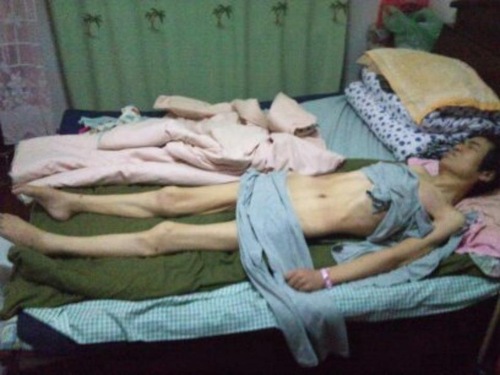 Ms. Zhang Guangyuan suffered similar torture in 2002. Tortured on the “death bed” for a month, Ms. Zhang could not walk or lift up her arms. 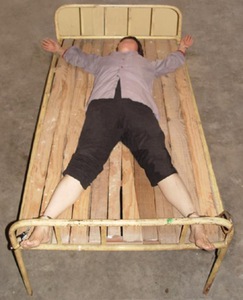 Ms. Chen Shang, 37, was detained in the Liaoning Women's Prison in 2009. She was subjected to the “tie-up” torture over a long period of time. Like the “death bed,” this torture forces victims to remain in one position for a long time and causes their body to lose sensation or mobility. Ms. Chen was also beaten while tied up. She was not allowed to use bathroom facilities for over two days. 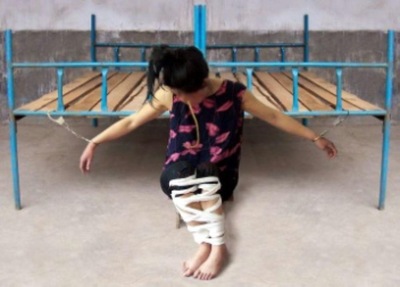 Ms. Jin Cuixiang was deprived of sleep when she was detained in the Liaoning Women's Prison in 2002. Every day she had to work from 6:30 a.m. until 9 p.m.. An hour after her work ended, she was taken to a bathroom and forced to sit on a small stool throughout the night. Prisoners took two-hour shifts to monitor her and would wake her up whenever she fell asleep.

Related article:Ms. Liu Zhi on the Verge of Death Yet Denied Bail for Medical Treatment