(Minghui.org) On January 8, Ms. Liu Yan and three other Falun Gong practitioners from Kunming City went to Chengjiang County in the Yuxi District to hand out truth-clarification calendars and materials. They were arrested and are being held in the Hongta District Detention Center in Yuxi City.

Ms. Liu's husband, Mr. Liu Yong, was sentenced to four years in prison in 2012. On July 18, 2013, he was taken to the Yunnan Province No.1 Prison. After Mr. Liu's mother heard about it, she went into shock and passed away soon after.

Ms. Liu's illegal arrest has caused tremendous pain to her mother and child who are now on their own. Her mother became so ill that she is now partially paralyzed and bedridden.

Ms. Liu Yan, 45, is an associate professor and the Director of the English Department of Yunnan Arts and Science College. Her husband, Mr. Liu Yong, is a talented painter and sculptor. He was born in Changling City in Jilin Province in 1972 and graduated from the Arts School at the Northeast Normal University. He later worked at the Telecommunication Institute in Changchun City, Jilin University, and the Yunnan Normal University Business School.

Both Mr. Liu and his wife have been harassed for the past 15 years--ever since the Chinese Communist Party (CCP) began persecuting Falun Gong. 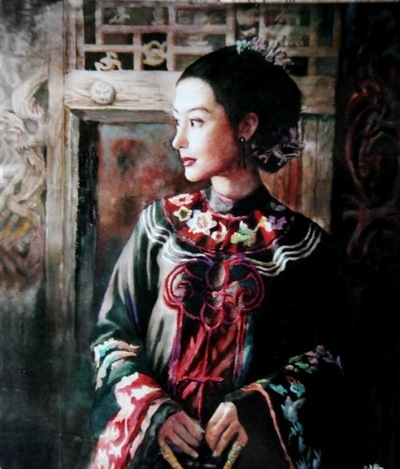 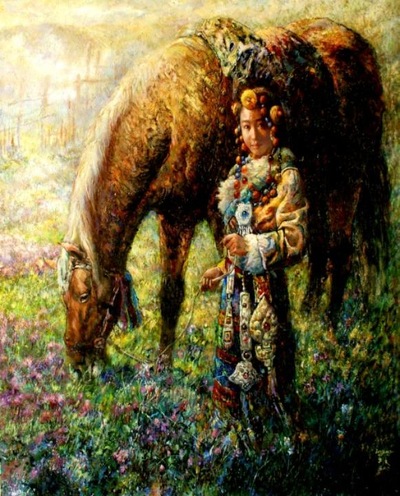 In August 1999, Mr. Liu Yong and his wife took their two-year-old daughter and his mother to Beijing to appeal to the government for the right to practice Falun Gong. At the entrance of the appeals office, they were arrested by plainclothes officers.

In December 2000, Mr. Liu Yong and Ms. Liu Yan went to Beijing to appeal again. Ms. Liu Yan unfurled a banner that read, “Falun Dafa is wonderful! Restore my Teacher's reputation!” She was arrested and held in the Tiananmen Square Police Station and the Pinggu County Detention Center for six days.

Mr. Liu returned to Beijing by himself. When he shouted “Falun Dafa is wonderful!” he was arrested and charged with “promoting superstition.” He was held for 15 days.

To escape the constant harassment, Mr. Liu and his wife took their three-year-old daughter and moved to Kunming City in March 2001.

On September 1, 2012, when Mr. Liu was working on an art project in Menglian County, Yunnan Province, he was arrested for writing “Falun Dafa is wonderful, Truth-Compassion-Forbearance is wonderful.” On September 3, officers from the Menglian County Police Department and the Kuming City Police Department Wuhua Branch ransacked Mr. Liu's home and confiscated many of his personal belongings.

On September 5, 2012, officers from the Kunming City Police Department went to Ms. Liu's supervisor at the university. They threatened him, trying to pressure him into dismissing her because she is a practitioner. To avoid causing more trouble for the school, Ms. Liu left her job.

Mr. Liu was later sentenced to four years in prison by the Puer Intermediate Court. On July 18, 2013, he was taken to the Yunnan Province No.1 Prison, and his mother passed away soon after. Ms. Liu did not share the news of his mother's death with her husband to avoid causing him more mental anguish.

Since Mr. Liu refused to be “transformed” in the No.1 Prison in Yunnan City, the guards deprived him of all his rights. On visiting days, they did not allow Ms. Liu to see him.

On January 8, 2015, Ms. Liu and practitioners Ms. Yuan Yiqiong, Ms. Yang Li, and Ms. Yang Huilan were handing out information about Falun Gong in Chengjiang County, Yuxi District, Yunnan Province, when officers from the Domestic Security Division of the Chengjiang Police Department arrested them. Because of Ms. Yang's age, she was released after her family members paid 10,000 yuan on January 10.