Human Rights Day: Indonesians Support the Lawsuits against Chief Perpetrator of the Persecution

(Minghui.org) Falun Gong practitioners from Jakarta held a rally on the World Human Rights Day, December 5, calling for the awareness of the persecution in China and support for the recent flood of lawsuits against former Chinese leader Jiang Zemin for his role in the persecution. 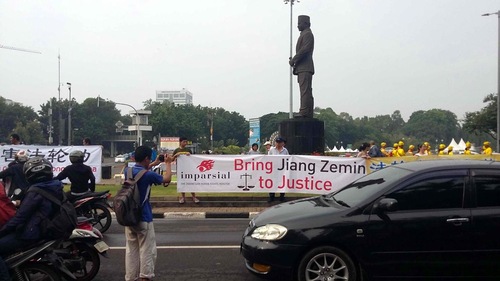 Holding banners at the rally, calling to bring Jiang to justice 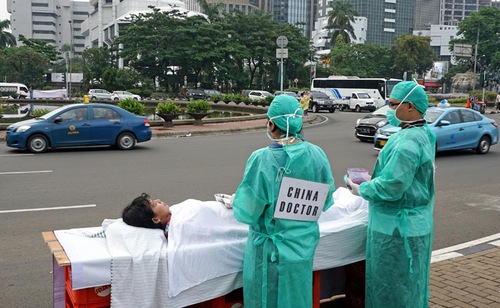 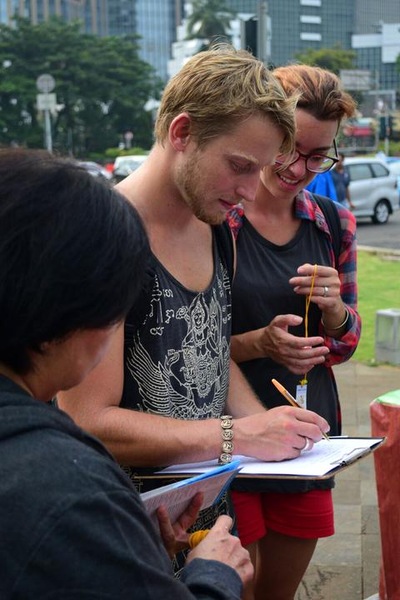 People signing a petition in support of lawsuits against Jiang Zemin. 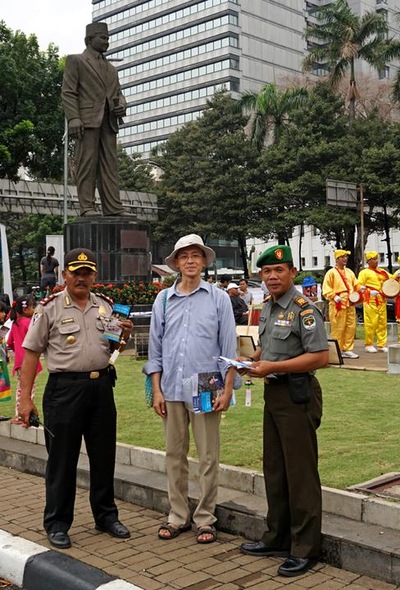 Two police stop to learn about the persecution in China.

Practitioners held up banners, passed out flyers, and re-enacted the state-sanctioned organ harvesting from living Falun Gong believers in China. Many people took pictures of the rally and signed the petition.

“Miss Canada Barred from China: “I Hope People See Courage and Hope in The Story””