(Minghui.org) As more Falun Gong practitioners file lawsuits against Jiang Zemin for initiating the persecution of their spiritual belief, many non-practitioners are showing their support by signing petitions to bring the former Chinese dictator to justice.

The recent months saw 1,400 more signatures from supporters of Falun Gong practitioners in the provinces of Hebei and Guizhou.

Baoding City, Hebei Province saw 1,201 signatures on the petition to bring Jiang Zemin to justice. The stacks of signed petitions bear witness to the public sentiment against him. 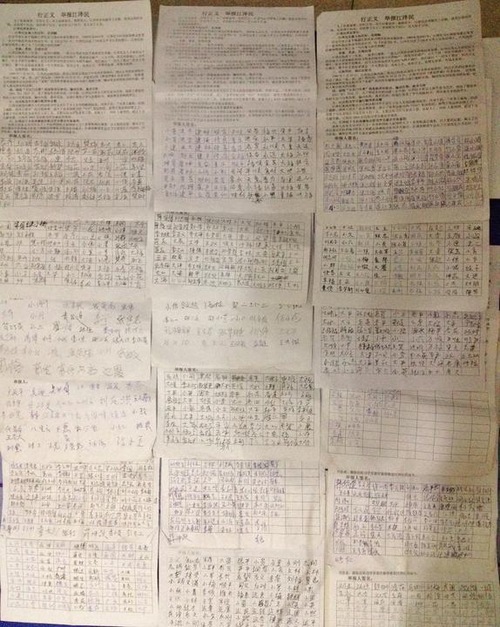 The county of Zunyi, Guizhou Province saw nearly 200 people signing a petition to report Jiang's crimes to the Supreme People's Procuratorate. They included relatives and friends of Falun Gong practitioners, as well as those who are against the persecution. They urged the Supreme People's Procuratorate to prosecute Jiang and dissolve the 610 Office. 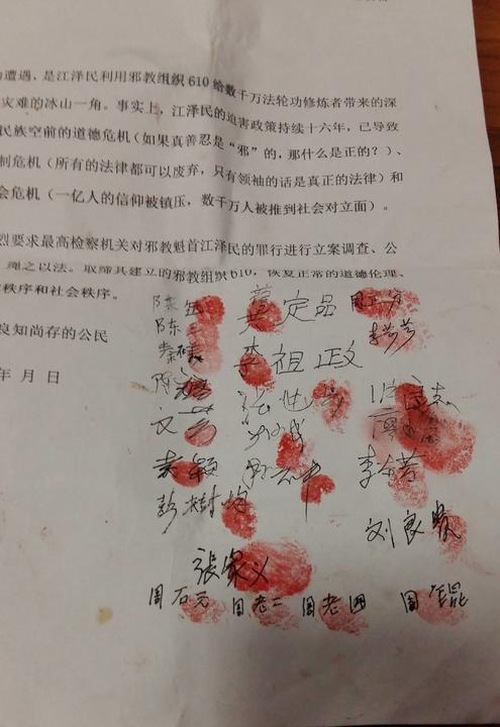 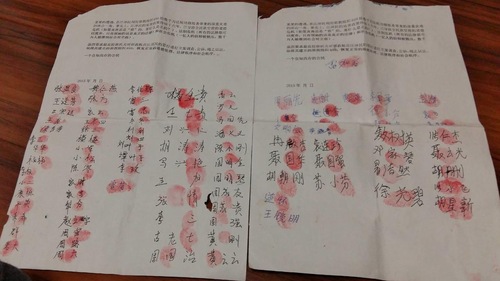 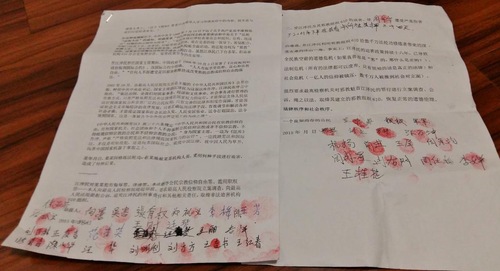 Under his personal direction, the Chinese Communist Party established an extralegal security organ, the 610 Office on June 10, 1999. The organization overrides police forces and the judicial system in carrying out Jiang's directive regarding Falun Gong: to ruin their reputations, cut off their financial resources, and destroy them physically.

“66-year-old in Critical Condition After Over 100 Days' Detention”