(Minghui.org) Fifteen years ago, a frenzied persecution of Falun Gong was launched in China on July 20. Faith in Truthfulness-Compassion-Forbearance, the basic tenet of Falun Gong cultivation practice, was slandered. Innocent people striving for self-improvement were, and continue to be, arrested and tortured. The Chinese Communist Party (CCP) secretary general, who initiated the persecution, stated that his goal was to eradicate Falun Gong within three months.

Fifteen years have passed. With unyielding spirit and peaceful resistance, Falun Gong practitioners have survived the iron fist of the CCP, and along the way, they have spread and strengthened righteous values and deterred evil.

The Persecution Concerns Everyone

Though it targets Falun Gong practitioners, the CCP's persecution of Falun Gong concerns every Chinese. The regime established the 610 Office, a Gestapo-like organization permeating every level of government, on June 10, 1999, expressly to carry out the persecution of Falun Gong. It hired a large number of people to monitor, harass, arrest, brainwash, imprison and torture innocent Falun Gong practitioners all over the country. No one was safe from scrutiny by this massive network.

The CCP highjacked China's legal system for the persecution. Trials became shams, where judges announced predetermined decisions dictated to them by their superiors. Attorneys who tried to defend Falun Gong practitioners were harassed and subjected to intimidation tactics. Some, including the four prominent rights lawyers in Heilongjiang, have been beaten and detained. Justice, the rule of law, and the legal system's independence became a farce.

The police force, the 610 Office, and other government employees intercepted Falun Gong practitioners who appealed to the authorities for justice, threw them into labor camps, and ransacked their homes. Later, when victims of forced re-location went to appeal to the central government, they met with the same fate.

This is unfortunately a reflection of today's China. Those who follow Truthfulness-Compassion-Forbearance are thrown in prison. Meanwhile, counterfeit, harmful products are rampant in the marketplace, while CCP officials conduct business through corruption, lies, and violence.

As morality continues to decline, it's no wonder that the Chinese people are losing their sense of security.

In stark contrast, Falun Gong practitioners apply their belief to all aspects of their daily lives. Practitioners who are government officials refuse to give in to corruption. Those who run businesses are honest and responsible to their customers. Those who are doctors don't accept bribes, a common source of additional income for doctors in China, where patients often buy their way to preferred treatments.

Above all, Falun Gong practitioners stay true to their principles and refuse to drift along with the degraded moral standard. They will not sacrifice principle for personal gain.

Most Chinese have been intimidated by the CCP after the many waves of political movements targeting different groups of people. They have learned to play it safe and protect their own interests. Thus it is possible for them to stand by while others are harmed.

On the other hand, Falun Gong practitioners are resisting the CCP's persecution, even at the risk of their own lives. Their sacrifices in safeguarding the basic rights of belief and speech benefit all Chinese people.

For fifteen years Falun Gong practitioners have been exposing the CCP's lies and persecution, and spreading the message of compassion both inside and outside of China.

More and more people have learned of the CCP's evil nature and chosen to quit the Party and its affiliated organizations. More and more governments and people around the world are showing support for the Falun Gong practitioners' resistance to the persecution and condemning the CCP's atrocities.

When the persecutors' crimes are exposed on the Minghui website, they receive phone calls from China and overseas, warning them to stop participating in the persecution. A number of CCP officials visiting other countries have faced protests by overseas Falun Gong practitioners. The chief perpetrators have been sued in courts outside of China.

As the situation changes both in and outside of China, CCP officials have lost some of their arrogance.

Karmic retribution for bad deeds is a commonly held belief among Chinese, especially those of the older generation. When bad things happen to people who have done bad deeds, those karmic ties are generally acknowledged. CCP officials, despite the Party's atheist stance, know this all too well, and are often seen at temples themselves.

Throughout China's history, it is generally believed that harming a follower of the Buddhist school causes a huge amount of karma, which eventually will catch up with those responsible. Indeed, whispers of this phenomenon started at the very beginning of the persecution.

He Huixiong, the head of 610 Office in Shanwei, Guangdong Province, died suddenly from cancer. Fu Yiping, head of Xinfang, died as a result of a terrible motorcycle accident. Tao Xuwei, assistant team leader of the Criminal Police of Yichun City, died in a car accident. The common thread was that they had repeatedly committed crimes against Falun Gong practitioners. 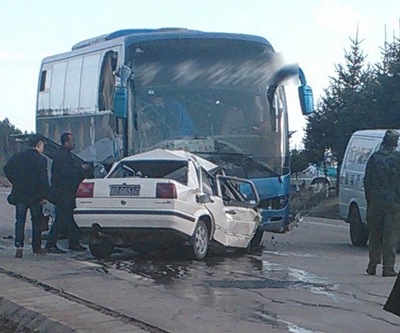 Most recently, high-ranking CCP officials such as Bo Xilai, Zhou Yongkang, Li Dongsheng, and Su Rong, who rose to power by persecuting Falun Gong practitioners, have been sacked and put under investigation for corruption. As even these senior officials fall, it is only a matter of time before justice is served for all those who have participated in the brutal persecution of Falun Gong.