(Minghui.org) The Divine Land Marching Band was invited to be the last performer at the Kaohsiung Lantern Festival Parade on February 14. The parade titled “Love and Happiness” and the fireworks show on the same night was the climax of the festival that started on January 28 and has attracted nearly a million visitors. Dozens of groups participated in the parade. Many businesses along the route decorated their stores with lanterns.

Over 200 members of the Divine Land Marching Band marched down the streets in an orderly and majestic formation, playing uplifting and joyful tunes.

A large group of young people followed the Falun Gong procession in the parade. They said that they felt happy, excited and energized by it. 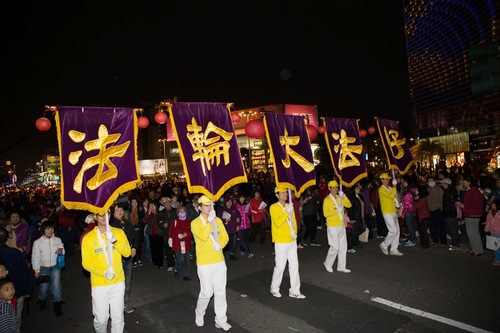 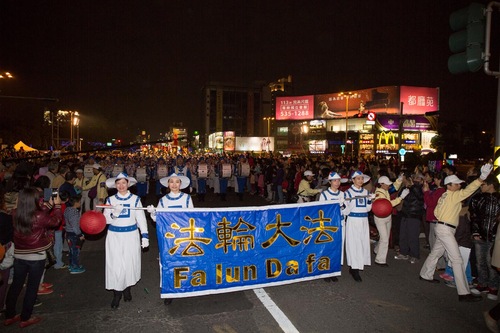 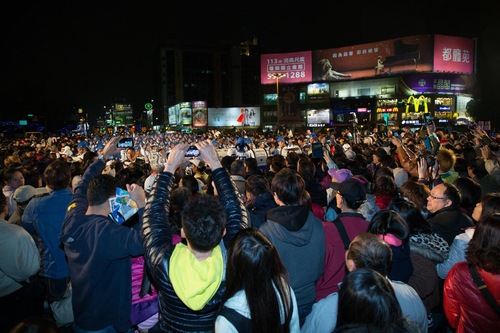 On February 14, 2014, the Divine Land Marching Band of Falun Gong was invited to be the last performer at the Kaohsiung Lantern Festival grand parade.

“Drowning in the Honeypot”