(Minghui.org) Falun Gong practitioner Mr. Li Hailong, 42, passed away in September 2014. He had been imprisoned for four years, and was arrested again on October 18, 2013. The police took him to the local police station and threatened him. Mr. Li was released after the police extorted 2,000 yuan from him. His health deteriorated and he became emaciated.

Mr. Li was arrested in June 2007, and his home was ransacked. He was taken to the Henan Street Police Station, where the police handcuffed him to a beam and tortured him during the interrogation.

He was taken to the Chuanying Police Department that evening and restrained on a tiger bench for the entire night. He was transferred to the Jilin City Detention Center the next day. 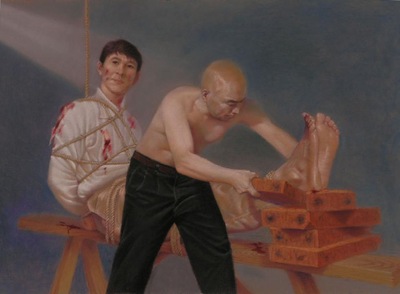 Mr. Li's parents and relatives tried to visit him at the detention center, but were not permitted to see him.

Mr. Li was sentenced to a four-year prison term in December 2008. He was often harassed after being released.