(Minghui.org) Edward McMillan-Scott, vice president of the European Parliament for Democracy and Human Rights, published an op-ed article in the Epoch Times on January 27, the day each year that the United Nations sets aside to remember the Holocaust.

In his op-ed, Mr. McMillan-Scott reminds readers to think about the situation in today's China when remembering the Holocaust. He identifies the persecution of Falun Gong as a genocide aimed at extinguishing those who practice it, and proposes to establish an international register of perpetrators for proceedings of the future international criminal court. 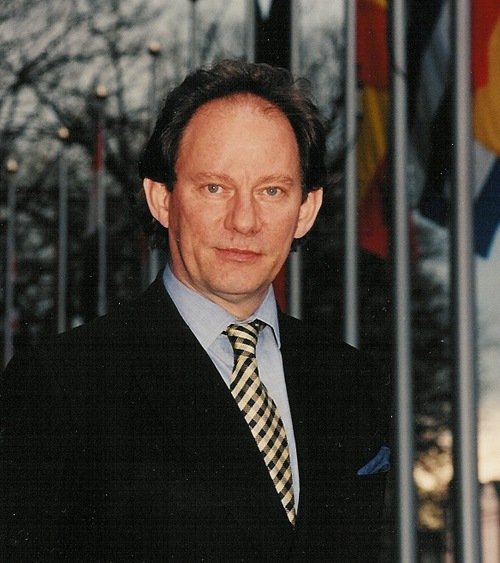 Last year closed with a series of significant events related to the global momentum opposing the forced organ harvesting from living Falun Gong practitioners in China.

In the United States, the Asia subcommittee of the House Committee on Foreign Affairs passed a similar resolution, whose next step is to pass the full committee before reaching the general floor for voting.

A global campaign by Doctors against Forced Organ Harvesting (DAFOH) resulted in 1.5 million signatures being delivered to the United Nations Commission on Human Rights (UNCHR).

Mr. McMillan-Scott hailed these events as “ending the credibility gap about the genocidal crime of selecting and killing prisoners, especially Falun Gong practitioners, for body parts.” He also made a comparison between how no one believed the existence of Nazi death camps with how no one initially believed in the Chinese regime's genocide and organ harvesting atrocities against Falun Gong.

Shortly after news of the organ harvesting broke in 2006, Mr. McMillan-Scott went to China to conduct his own investigation. He concluded as such at the press conference in the European Parliament on December 11, “The awful truth is that subsequent investigations, including my own, have suggested that the organ transplant business in China almost entirely depends on taking the organs out of recently dead prisoners. This is admitted by the Chinese authorities. They keep saying they are going to stop it.

“Reaching Out to Help Former Practitioners Get Back On Track ”