(Minghui.org) Falun Gong practitioners held group exercises in Jakarta, Indonesia on January 14-20, 2014. The activities also included a signature drive at the city train station in Helsinki, Finland and a presentation at a high school in Denmark.

Tuesday, January 14, 2014, was a public holiday in Indonesia. On this Islamic holiday, people gather in mosques and public places to pray.

Falun Gong practitioners did the exercises together at a public park in east Jakarta. Locals were attracted by the exercise music and calm energy field. Five Chinese students witnessed the event and chose to quit the Chinese Communist Party (CCP) and its affiliated organizations.

Although the temperature reached historic lows in Helsinki on January 18, 2014 of 17 degrees below zero Celsius (1.4° F), many Finns still paused at the signature drive table outside the city train station to sign a petition calling for an end to organ harvesting from living Falun Gong practitioners in China. 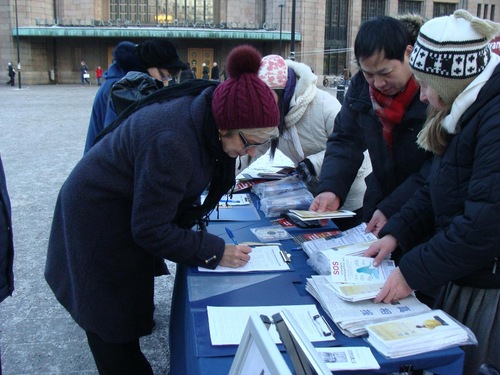 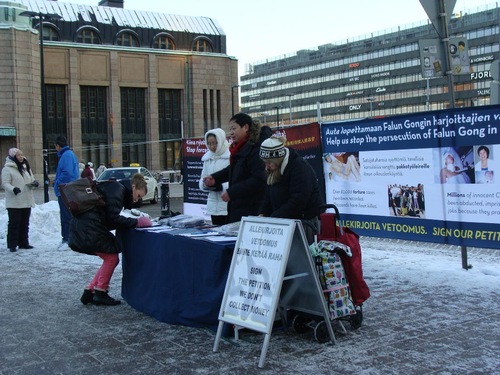 Falun Gong practitioners in Denmark were invited to give a presentation at TH Langs HF & VUC High School in Silkeborg on January 20, 2014. During the two-hour presentation, the basic teachings of Falun Gong were introduced, and the practitioners briefly reviewed the persecution taking place in China. Ms. Bao shared her experiences of how she has benefited both mentally and physically from the practice. After watching the exercise demonstration video, the students and teacher learned the five exercises. 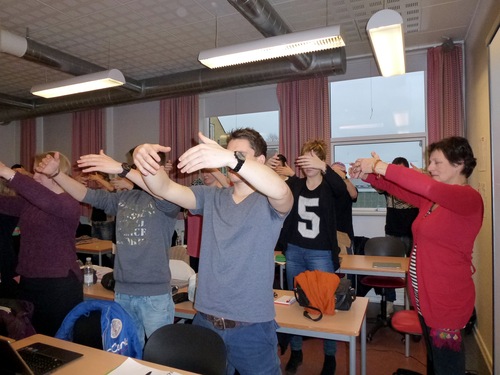