(Clearwisdom.net) On February 11, Falun Gong practitioners in Malaysia participated in the Chinese New Year Parade in Johor Bahru, the capital of Johor. 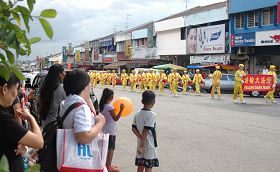 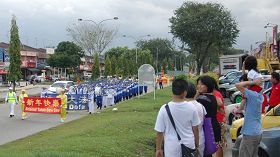 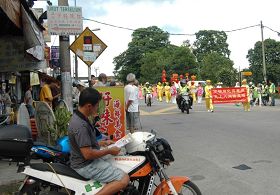 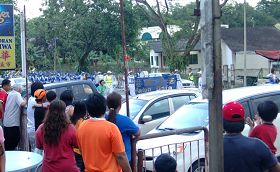 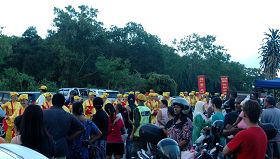 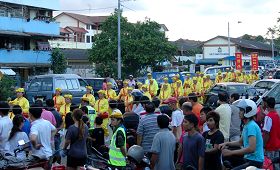 The Falun Gong entry consisted of the Divine Land Marching Band, a lantern team, a “celestial maiden” team and a waist drum troupe. The parade started at 4 p.m. and lasted for two hours.

Several Chinese people told the reporter that they enjoyed watching the Falun Gong practitioners' performances. Ms. Ma said: “I never saw Falun Gong's performances before. I liked it a lot. I was happy when I saw the “Falun Dafa is good” banner. I also like their golden costumes.”

Ms. Li Cailing especially enjoyed the waist drum team's performances. She praised the music and felt the performances were full of energy despite the fact that many of the performers in the troupe are elderly.