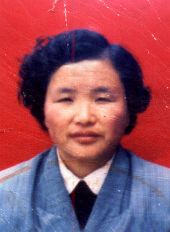 Ms. Shi refused to "transform," and Liu and commander Yang Yang ordered prisoner Gao Lan to strictly guard Ms. Shi and force her to do so.

Gao subsequently led prisoners Huang Yeqing, Du Xiuyun, Lu Jing, Wang Xiujuan, Li Lili, Wang Dan, Yao Yuanyuan, and Fang Lili, to beat Ms. Shi in Room 404, from 11:00 p.m. to 2:00 a.m. After the beating Ms. Shi was barely alive. They dragged her into a different room and poured water on her. At 2:30 a.m., Gao and commander Yang took Ms. Shi, who was unconscious, to the hospital inside the prison. She was rushed to an outside hospital because her situation was beyond the capabilities of the prison hospital. Ms. Shi died at the hospital. The forensic pathology report stated that she suffered internal injuries.

Prisoner Gao Lan was a tour guide before she was imprisoned. Guard Zuo appointed her as would-be executor. She verbally and physically abused other prisoners with the consent of the guards. Criminal prisoners Yao Aiqun and Liu Yalan killed themselves after Gao abused them.

On March 18, 2010, the prison administration called the Ms. Shi's family to the prison. After they arrived, the family was told that Ms. Shi had died from illness.

Officials involved in the persecution: