(Clearwisdom.net) (Correspondent from Hunan Province) Ms. Dong Fuyun, who is in her seventies and from Changde City, Hunan Province, started practicing Falun Dafa in 1999. In 2002, she was arrested and taken to the Yuyuan Hotel Brainwashing Center in Changde City. In 2005, she was arrested again while distributing truth clarifying materials. She was held at the Changde City Qingfeng Coal Mine Guest House Brainwashing Center and was brutally tortured there. 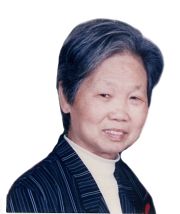 After retiring, Ms. Dong lived alone in the Water Transportation Bureau Residential Building in Changde City. On December 4, 2005, shortly after she was released from the brainwashing center for the second time, she mysteriously disappeared early that morning. The neighbors noticed that her door had been left ajar and that everything inside was turned upside down, yet she was nowhere to be found. Although her son and daughter have spent the last four years looking for their mother, they haven't gotten any closer to finding her.

“All Four Members of Ms. Fu Zhaocui's Family Have Been Persecuted”