To commemorate Falun Gong practitioners who were tortured to death by the Chinese Communist Party (CCP) and call on New Zealanders to pay attention to the CCP's crimes and human rights violations in China, Falun Gong practitioners in New Zealand will hold events on Elizabeth Square in downtown Auckland on the morning of July 18, 2009. In advance of the activity, New Zealand political leaders wrote letters to express their support and call for an end of the persecution. 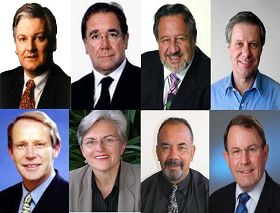 The Hon Ms. Maryan Street, MP of the Labor Party expressed her understanding on the significant meaning of Falun Gong practitioners' event.

The Hon Mr. Peter Dunne, Minister of Revenue, stated his support for the rally calling for an end to the CCP's persecution. 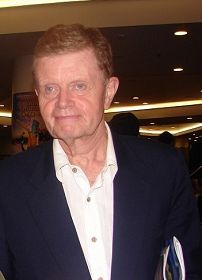 Mr. Barry Wilson, a renowned human rights attorney and president of the Auckland Council for Civil Liberties, and member of the Committee to Investigate the Persecution of Falun Gong (CIPFG) said that many MPs and the Mayor of Auckland expressed their best wishes, which means they know about the persecution of Falun Gong. Free trade agreements make New Zealand government cautious in dealing with China. New Zealanders worry that the trade agreements might make the government not speak up for human rights in China. Mr. Wilson stated that government leaders should read the 'Report into Allegations of Organ Harvesting of Falun Gong Practitioners in China' by David Matas and David Kilgour and use every opportunity to put forward the human right issue to China. 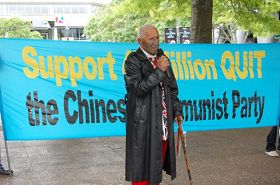 AmatoAkarana-Rewi, a chief of the Maori tribe

AmatoAkarana-Rewi, a chief of the Maori tribe, stated, "I hope more and more of New Zealand's people will stand up to support Falun Gong. In New Zealand, Falun Gong practitioners are protected, which is a promise of the Maori people."

"My father said to me when he was alive, 'If you meet Chinese people in hardship, you must help them.' I promised him but I could not understand why until I met the Falun Gong practitioners. Now more and more Maori people practice Falun Gong. One of my friends had severe heart disease. He visited his family doctor every two weeks and had blood tests. He had edema and poor hearing. After practicing Falun Gong for four weeks, all his symptoms were gone. The doctors felt it was a miracle. I hope Falun Gong will spread to each tribe in New Zealand and have more Maori people benefit from it." 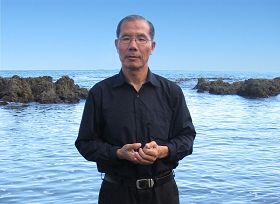 Mr. Jia said, "The CCP has persecuted Falun Gong for ten years. Falun Gong practitioners continue explaining the facts and exposing the CCP's lies. The CCP's lies actually helped Falun Gong since everyone knows the CCP is evil. Falun Gong is a great righteous force, which is known by every Chinese with a conscience. At the same time, Falun Gong has becomes renowned in the world. Many people practice Falun Gong.

"The spreading of the truth about Falun Gong will make New Zealanders change their attitude from not understanding to understanding and supporting. The support from government officials turns the efforts against the persecution into a social topic. Recently Prime Minister Mr. John Key sent a letter to congratulate 55 million people quitting the CCP. This is encouraging.