On May 24, 2008, the Domestic Security Division of the Shenyang City Police Department illegally arrested more than fifty Falun Gong practitioners overnight, claiming this was to ensure a "harmonious Olympic Games." What follows are the accounts of two families' misery caused by the persecution. They are just a tip of the iceberg. They are kind people afflicted by the Chinese Communist Party's (CCP) persecution.

Mr. Chen Xinye and his wife Ms. Chen Lihui were arrested at their rented apartment in Santaizi, Huanggu District at 7:00 a.m. on May 24, 2008. Four or five police officers damaged their door and broke into their apartment. The police handcuffed Ms. Chen's hands behind her back. They yanked the sleeping Mr. Chen's hair and handcuffed his hands behind his back, too. He asked them if he could put on his clothes, but the police didn't allow it and forced him to squat down. They interrogated him while he was pinned to the ground, then jammed clothing into his mouth and pulled a quilt over him.

The couple's ten-year-old daughter Xiaohui saw all of this happen and was so scared that she was trembling. The police threatened Xiaohui and demanded that she state the names of her mother and the company her mother worked for.

At the police station, Xu Deyong interrogated Ms. Chen and forced her to sit on the ground. Xu grabbed her hair, hit her hard on the face, and shocked her legs with an electric baton. He pressed her nose forcibly with one hand, and with his other hand, he shoved her nose upward with the electric baton. Zhao Guoqi beat Ms. Chen on the face and burned her fingers with cigarettes. Zhao then pushed her into a cabinet, yanked her hair, and hit her head against the cabinet five or six times.

Ms. Chen was sent to the First Detention Center in Shenyang City, where Xu and other police officers interrogated her. The police recorded false confessions from and threatened her. Xu told her that other people said she had committed various deeds and demanded she admit to them, but Ms. Chen didn't acknowledge these accusations. On June 20, Ms. Chen was released. She lost her job as a result of her detention, and she had to look after her ten-year-old daughter and seventy-year-old mother-in-law, who was weak and suffered from many diseases.

On the day Mr. Chen was arrested, Ms. Chen's brother-in-law Mr. Huang Baishun happened to go visit her. He and Mr. Zhao Zhanbo were arrested and beaten by the police. Mr. Huang's shoes were lost while he was beaten, and his forehead and eyes were badly swollen. Mr. Huang was sentenced to 18 months of forced labor and detained at the Shenxin Forced Labor Camp. He held a hunger strike for six days and was force-fed twice. Mr. Huang's wife had to care for a thirteen-month-old baby and his seventy-year-old parents, who were in poor health. When Ms. Chen's sister went to visit them, carrying with her a one-year-old child, the police forcibly took her mobile phone, then monitored and followed her as well.

Mr. Chen and Mr. Zhao were arrested and interrogated under torture. Mr. Chen was detained at the Yuyinglou Hotel and interrogated. Six policemen took Mr. Zhao to the Gaodeng Hotel, and while they were there, tortured and beat him for three days around the clock. He was tortured to the point of unconsciousness three times, and was taken to three different hospitals for treatment. Both of them are currently detained at the Huanggu District Detention Center.

On December 22, 2008, the Shenyang City Huanggu District Court opened a session to hear Mr. Chen Xinye and Mr. Zhao Zhanbo's cases. Their lawyers entered a not-guilty plea for them, arguing that belief in Falun Gong and spreading information are rights protected by the Chinese Constitution. Their cases were passed on to the Huanggu District Political and Legal Committee from the Procuratorate. Just before the New Year, Mr. Chen's family went to the Huanggu District Political and Legal Committee to demand his release. Officials there said that his case was with the Procuratorate and not with them.

Practitioner Mr. Wang Chaodong from the Shenhe District in Shenyang City, Liaoning Province, was taken away by the police on May 24, 2008. He has been detained at the Shenhe District Detention Center for nine months. His family has received no information about him since he was "illegally arrested" on July 1, 2008. 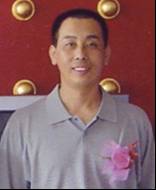 Mr. Wang, 46, was previously employed by the Jinbei Bus Factory in Shenyang City. He started Falun Gong practice in 1995 and experienced tremendous benefits. He recovered from severe lumbar muscle degeneration.

At around eight in the morning on May 24, 2008, Mr. Wang was in his rented apartment in the Shenyi Community, when a lady knocked at his door and asked if the van downstairs was his, because she had just hit it. Mr. Wang went downstairs, not realizing that this was a trick, and was arrested by the police waiting there.

The police searched him and found the keys to his apartment. They went upstairs and tried to open the door. Because there were many keys, it took several tries. Mr. Wang's wife, Ms. Wei Yuhuan, and their two-year-old daughter were inside the apartment. They weren't able to see through the door's peep-hole since it was covered. Ms. Wei opened the door and a lady and seven or eight men broke in, all of whom were not in uniform. Their entry was followed by some other people. Later, Ms. Wei learned they were from the Provincial Police Department, the Shenhe Police Subdivision of the Municipal Police Department, and the Danan Police Station. They searched the apartment and made a mess. They confiscated four mobile phones, one laptop computer, four printers, one disc writer, two mp4 players, one electronic book, 1460 yuan in cash, and Falun Gong books. Mr. Wang's ID card, driver's license, and minivan were also taken.

On the day Mr. Wang was arrested, practitioner Ms. Wang Fengying from Shenyang was intercepted by the police downstairs on her way to visit him. The police disconnected the telephone line and took turns in three shifts, each shift with five people, staying on the floor below Mr. Wang's apartment, for six days. Of the five people in each shift, one was from the Danan Police Station and four from the Yijingyuan Community on Danan Street, both from the Shenhe District.

The police from Danan Police Station also threatened the landlord that if he continued renting the apartment to Mr. Wang's wife and daughter, he would be arrested. Due to the CCP's thug-like pressure, the landlord stopped renting out the property, and Ms. Wei and her daughter had to move. The police continued harassing them in their newly-rented apartment.

Due to the arrest of Mr. Wang, his wife and daughter had no source of income, and they wanted their confiscated property back. The Danan Police Station told them to go to the District Police Subdivision for their property. They also went to the Domestic Security Division of the Shenhe District Police Department and Ms. Wei explained to Zhao Hongtao their purpose for visiting. Zhao Hongtao replied they couldn't give their money back and their van wasn't confiscated by their division. So the police station and the police subdivision each pushed the issue to the other party.

The day Mr. Wang was arrested, his sister-in-law Ms. Wei Yuhong, and her husband Mr. Xin Hongyuan, were arrested as well. They were tortured at the police station for six hours. The police pierced all of Mr. Xin's fingers with needles, burned him with cigarettes, and beat him with electric batons. Under the torture, Mr. Xin was forced to sign a fabricated confession. Ms. Wei was tortured next door, during which her screams could be heard throughout the whole police station. When she was transferred to the Tiexi Detention Center, her body was covered with bruises.

At 9:00 a.m. on October 16, the Tiexi Court opened a session for the trial of Mr. Xin Hongyuan and Ms. Wei Yuhong. Chen Yan, judge of the Second Court of the Tiexi Court, hurriedly read a previously prepared verdict and closed the session in a hurry. They were sentenced to three years in jail. Ms. Wei was taken to the Shenyang City Liaoning Provincial Women's Prison, and Mr. Xin to the Benxi City Xihu Prison. Their child was left alone with no one to look after him.

When Ms. Zhang Guiyun, 76, Mr. Wang's mother-in-law, and a practitioner, learned that one of her daughters and two of her son-in-laws were put in prison, she was grief-stricken and passed away on December 2, 2008.

“One Thought Determines Whether One Is a God or a Human”