From July 1 to 4, 2008, the Activating Human Rights and Peace Conference was held at the Byron Bay Community and Cultural Centre, New South Wales, Australia. Dr. Sev Ozdowski OAM, former Australian Human Rights Commissioner of the Human Rights and Equal Opportunity Commission and Director of the Coalition to Investigate the Persecution of Falun Gong (CIPFG) Oceania Delegation, gave a talk entitled "Human Rights and the Beijing Olympics." During an interview afterwards, he pointed out that the Chinese Communist Party (CCP) has not carried out its promise to improve human rights in China, but rather, it has escalated repression and persecution, most notably the persecution of Falun Gong practitioners. 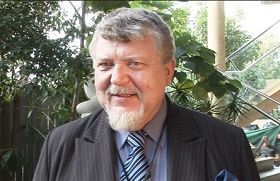 Dr. Ozdowski stated, "There are about three thousand cases of people who were killed only because they are Falun Gong practitioners. [Practitioners'] organs have been harvested [by the CCP]. Basically what's happening is the organs of Falun Gong practitioners have been stolen, to be sold on the [organ transplantation] market. It's clearly wrong! It's wrong, and it shouldn't be happening. China agreed on the universal declaration on human rights, and as documented, it is to uphold freedom of religion, and freedom of religious practice."

He continued, "At the moment, the government of China is in charge of the Olympics. But let's not forget that they are also in charge of the persecution of Falun Gong practitioners. They are the same authority that is running the Olympics, and is very important to bring this issue to the public attention. It's very important to talk about it. Our job as members of this international committee is to criticize and try to ensure that they meet their obligations."

Dr. Ozdowski also pointed out that the CCP has attempted to denigrate Falun Gong throughout the world and is trying to eradicate it. The recent incidents in Flushing, New York, in which CCP agents and mobs instigated by the CCP attacked Falun Gong practitioners is typical of their brutish behavior. However, rather than deter Falun Gong practitioners, the CCP actions have let local residents clearly see the CCP's evil nature.

Dr. Ozdowski said, "Falun Gong practitioners are people with strong moral values, and they are people who are no longer afraid of the communist authority."

The Activating Human Rights and Peace Conference, held every five years, was hosted by Southern Cross University and the Centre for Peace and Social Justice. Over one hundred speakers, including specialists and scholars from Australia and thirteen other countries attended. A major focus of the conference is to invite participants to exchange ideas and experiences about human rights, and to raise questions about peace and its implications across a wide range of fields.

“France: Deputy of National Assembly Brings to the Attention of the Secretary of Sate the Way of Life for Falun Gong Practitioners (Photos)”