The Holiday Wonders held two shows on Saturday, playing to a packed theater. Many people expressed the sense that the show manifested the high moral standards characteristic of traditional Chinese culture. 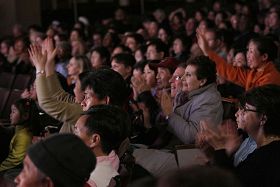 The theater is full for the Saturday Holiday Wonders performances. 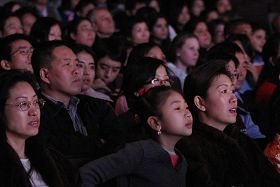 People are captivated by the performances. 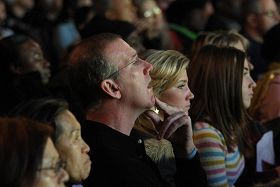 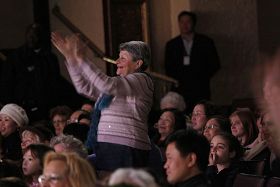 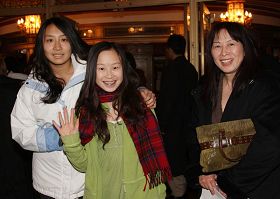 Chen Siyu of New Jersey came to the show with her parents. She said: "I read some of the stories [depicted in the dance dramas] before. Through the show tonight, I have a better understanding of those historical events." 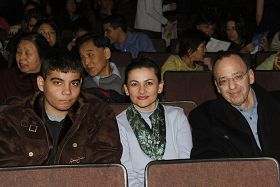 Steven Schulman, a CEO from Romania, came with his family. Ms. Schulman said that she cried during the performances, because they were very touching. 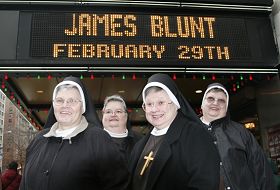 Mother Ellen came to the show with three other nuns. She liked the songs because of their spiritual content. 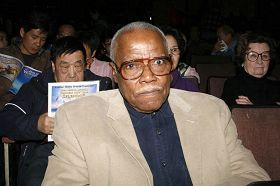 A former Navy captain said, "These songs were written for me." 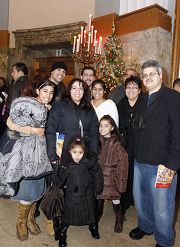 Frank Rivera, a lawyer from New York, came to the show with ten family members. He said that the performances purify people's hearts better than any laws could. 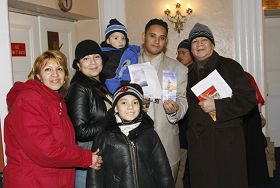 Carolina Escobar, a CEO from New York, brought her two sons to the show. 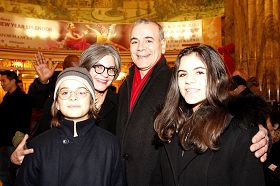 Mr. DeFeal of New York attended the show with his family. He appreciated that the artists shared Chinese culture with Westerners.

School Association: I suggest that all Chinese come to watch the show

Ms. Shen Wanchen is a trustee of the Chinese School Association in the Eastern U.S. She loved the dances and background designs of show. She said that every dance expressed Eastern moral values.

Ms. Shen said: "I suggest that all Chinese parents bring their children to this unique show. The children will have a great chance to sense the Chinese culture in a short time. Such a large-scale show, which manifests true Chinese culture, is very rare. The traditional Chinese stories are very educational. I saw that many children were attracted to them."

Ms. Shen is a well-known educator. She came to the show with her family, students and friends.

Prof. Roderic Gorney is a psychology professor at the University of California, Los Angeles. He was amazed by the show. He said that the traditional Chinese dances require more skill than ballet. He said that the messages that the show conveyed, such as honesty and compassion are universal values that everybody should follow.

Lawyer: The performances purify one's heart, better than any laws

Frank Rivera, a lawyer from New York, came to the show with 10 family members. He perceived the respect for heaven, the earth and heavenly beings in the performances. He said that such performances can purify people's hearts, and are more efficient than laws in leading people to behave well. He said people can only behave well if they want to behave well in their hearts.

Carolina Escobar, CEO of a company in New York, brought her two sons to the show. She said her nine-year-old was very attracted to the performances. Her one-year-old son enjoyed the music as well. She described the traditional music as "a clean stream flowing into people's hearts."

She stated that she would recommend the show to her friends because it is really good for the children.