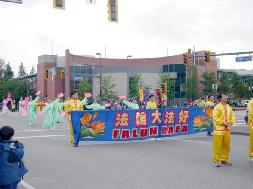 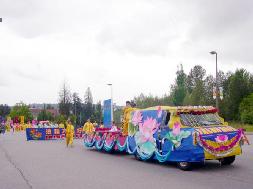 Along the streets, happy spectators gave parading groups warm applause. There were a total of 65 groups participating in the parade. The organizer said this year's parade was more remarkable and exciting than last year. After the parade, the gold award was presented to the Falun Gong procession. 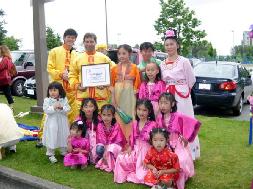 Falun Gong also participated in a Burnaby parade and the New Westminster's Hyack Festival Parade. The beauty of Falun Dafa was warmly welcomed in these communities. 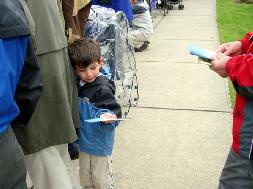 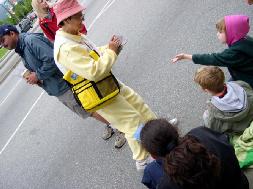 After persistent efforts to clarify the truth to government officials, Burnaby's government and city council have a better understanding of Falun Gong. In the past three years, Burnaby has proclaimed Falun Dafa Weeks and Falun Dafa Month in May.