The Chinese New Year Spectacular, performed by the Divine Performing Arts, will be staged at the Boston Opera House, Boston, Massachusetts, on January 10-12, 2008. Mayor Lukes of the City of Worcester, MA, issued a proclamation to honor the show. 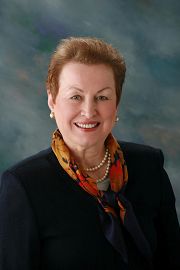 Mayor Konstantina B. Lukes of the City of Worcester

, The City of Worcester is pleased to honor the Falun Dafa Association of New England in recognition of its tireless efforts to bring Chinese-language media and culture to individuals throughout the world; and,

, The celebration of the Chinese New Year pays tribute to the members of all Chinese communities whose significant contributions of their customs, language, and ethic values have brought pride and spirit to their local communities, this State, this country, and this world; and,

, Reaching via satellites to the United States, Australia, Asia, and Europe, the praiseworthy mission of New Tang Dynasty Television is to promote the understanding of Chinese culture, to provide viewers with accurate information to enrich their knowledge and lives, to foster understanding between Chinese and Western societies, to assist Chinese people outside of China to adapt and assimilate to mainstream societies, and to contribute to the pluralism and free flow of information in the Chinese-language media; and,

, The strength and success of the City of Worcester and our American society depend, in great measure, upon the distinctive and sterling qualities demonstrated by our various ethnic groups and organizations, exemplified by New Tang Dynasty Television, which share with us their rich and unique heritage; now, therefore,

be it resolved that the City of Worcester recognizes the New Tang Dynasty Television, notes its significant contributions, and joins in the celebration of the Chinese New Year.