(Minghui.org) As the latest COVID tsunami continues to ravage China, many people have found a magic cure in Falun Dafa. They have sent in their greetings to thank Master Li, the founder of Dafa, for protecting them in the pandemic and to wish Master a happy Chinese New Year.

A Dafa practitioner in Suihua City, Heilongjiang Province said she and her son kept reciting “Falun Dafa is good and Truthfulness-Compassion-Forbearance is good” and soon recovered from infection.

A Beijing resident said his mother has been practicing Falun Dafa for more than two decades. He and his two daughters remained uninfected even though almost everyone else around them tested positive. He knew that they benefited as family members of a Dafa practitioner.

A Dafa practitioner in Gaomi City, Shandong Province said he and four of his family members all had sore throats, fever, and other COVID symptoms. His mother, who has been suffering from chronic obstructive pulmonary disease (COPD), however, was not infected. He believed that was because she had been reciting “Falun Dafa is good and Truthfulness-Compassion-Forbearance is good” constantly.

A resident of Anshan City, Liaoning Province has a family member who practices Falun Dafa. While not a practitioner herself, she has been striving to live by the principles of Truthfulness-Compassion-Forbearance and also helping circulate paper currency printed with information about Falun Dafa. She often recites “Falun Dafa is good and Truthfulness-Compassion-Forbearance is good.” During the latest surge of positive cases, she remained uninfected.

A resident of Beian City, Heilongjiang Province has always supported his wife’s practice of Falun Dafa. He, his wife, and their two children were totally fine when almost everyone else around them tested positive.

A Zhucheng City, Shandong Province resident witnessed how Falun Dafa changed his wife from a sickly person to a healthy woman. He was also amazed that his wife’s temper also got much better. As such, he often shared the goodness of Falun Dafa with others.

A native of Jilin Province said his mother practices Falun Dafa. His job required frequent travel around the country. In November and December 2022, he worked in Guangzhou City, Guangdong Province. His roommate got infected, and he helped take care of him. Despite being a close contact, this Jilin native remained uninfected. He took a two-day train ride and returned to Jilin before the Chinese New Year. Again, he was totally fine.

A retiree in Liangshan County, Sichuan Province is 80 years old. Everyone around him got infected and suffered severe symptoms. He only had a bit of cold symptoms and still tested negative. He believed that he was protected by reciting “Falun Dafa is good and Truthfulness-Compassion-Forbearance is good” every day.

A resident of Qianxi County, Hebei Province said he had misunderstandings about Falun Dafa in the past. He changed his attitude upon witnessing how his sister, a Dafa practitioner, and her family enjoyed good health and a smooth life. He finally understood “Falun Dafa is good and Truthfulness-Compassion-Forbearance is good” and started listening to Master’s Fa-lectures. He also read and even helped his sister distribute truth-clarification materials. Blessings soon came his way. He couldn’t walk in the past, but now he can. He paid off his huge debts, and his children all landed jobs. He wanted to express his apology to Master Li for his misunderstandings of Dafa in the past and vowed to forever support Dafa.

A resident of Jiamusi City, Heilongjiang Province said that his whole family got infected and suffered severe symptoms, including fever, cough, and aches all over the body. Some of them could not get out of bed. Fortunately, they had long learned from a relative who is a Dafa practitioner to recite the phrases “Falun Dafa is good and Truthfulness-Compassion-Forbearance is good” when in danger. They soon recovered. This Jiamusi resident’s sister had stomach surgery in mid-December last year. Before she even recovered, she tested positive for COVID. She also developed a lung infection, had fluid in the lungs, and intestinal obstruction. The doctor suggested another surgery. She kept begging Master to help her and survived the surgery.

A young Dafa practitioner in Duolun County, Inner Mongolia said she actually came across Falun Dafa as early as in 1998. While she didn’t take up the practice back then, she had always identified with Dafa’s principles and never believed in the hate propaganda against the practice. After graduating college, she soon realized how chaotic society had become with people seeking personal gain at others’ expense. She came to see that only Dafa can save people and she began practicing Dafa.

A resident of Chengdu City, Sichuan Province practiced Falun Dafa along with his mother when he was a child. After he grew up, he stopped practicing but still supported his mother, especially after she was persecuted for upholding her faith. He said both he and his wife had to interact with many people at work, but neither of them got infected.

A Dafa practitioner in Xiantao City, Hubei Province was once a late stage cancer patient but fully recovered after she began practicing Falun Dafa eight years ago.

A resident of Anshan City, Liaoning Province, his wife, and their child all got infected. They kept reciting “Falun Dafa is good and Truthfulness-Compassion-Forbearance is good” and soon recovered. He knew that their support of his mother’s practice of Falun Dafa had saved them.

In addition to the above well-wishers, the following people also sent in their greetings: 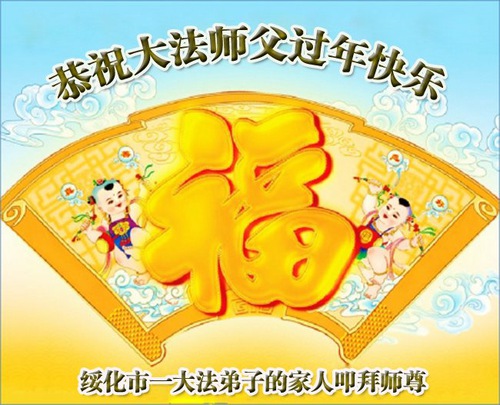 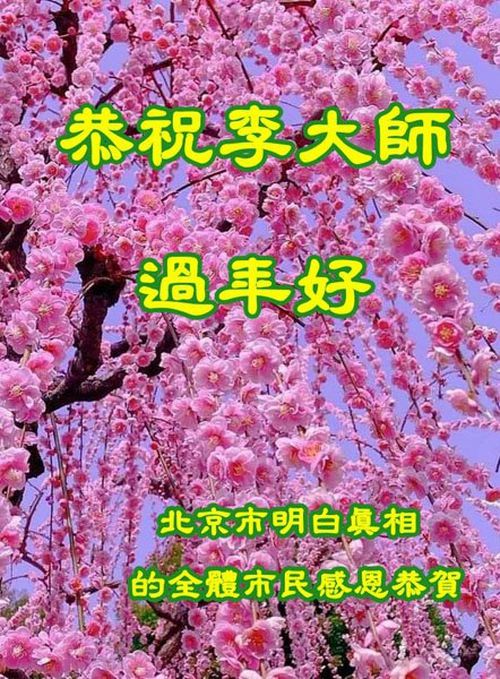 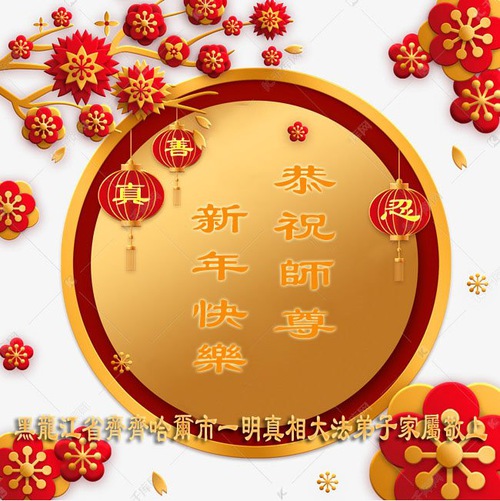 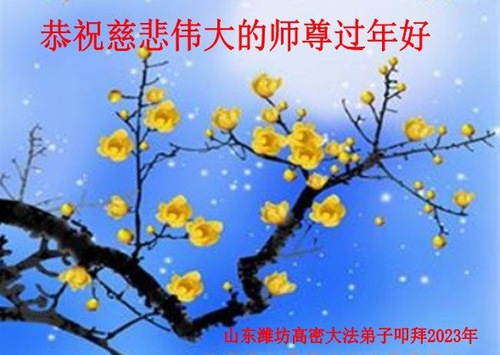 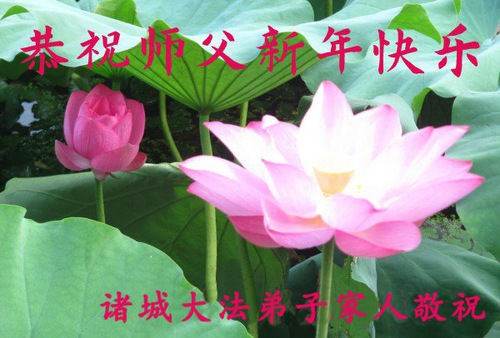 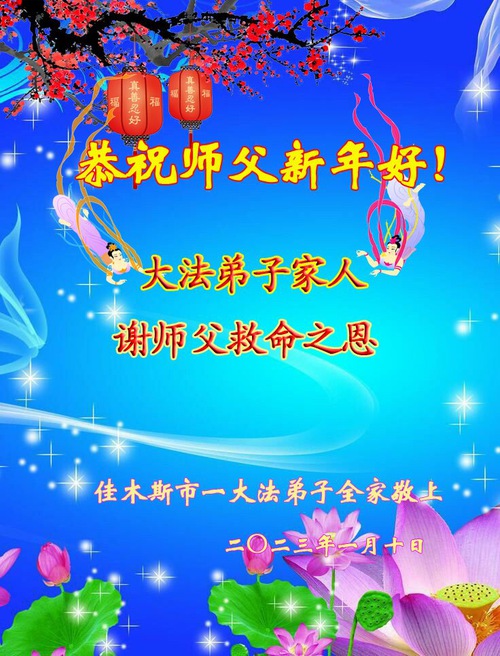 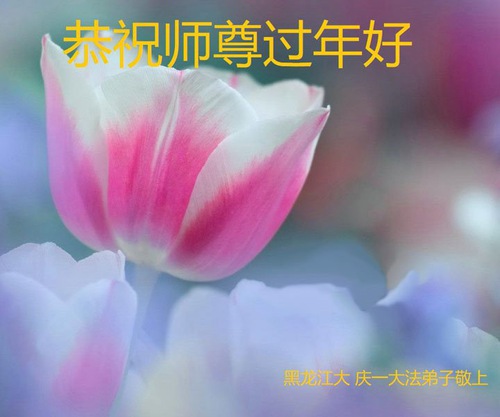 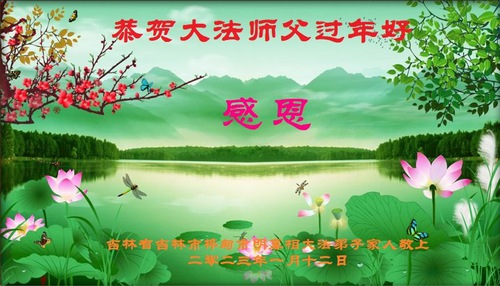 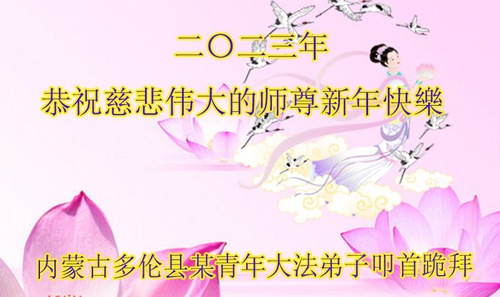 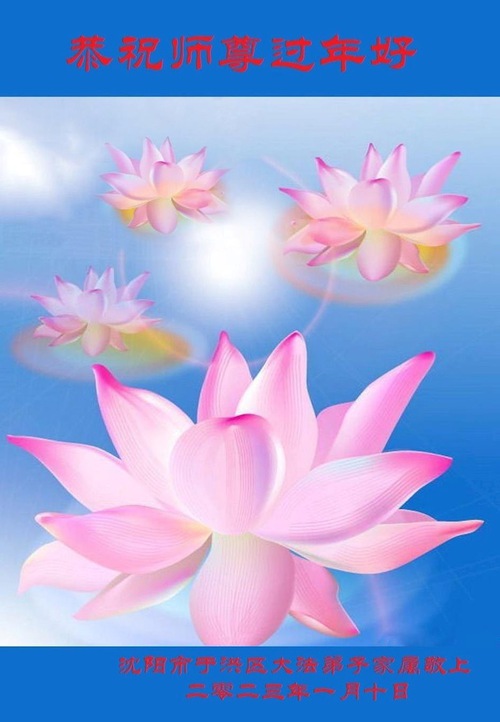 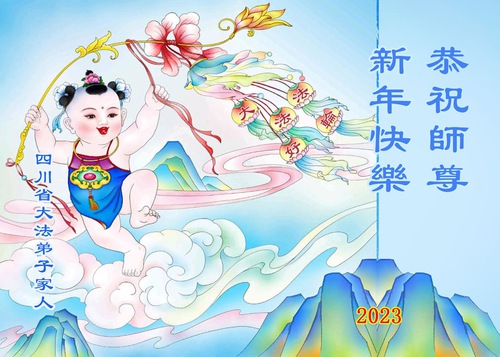 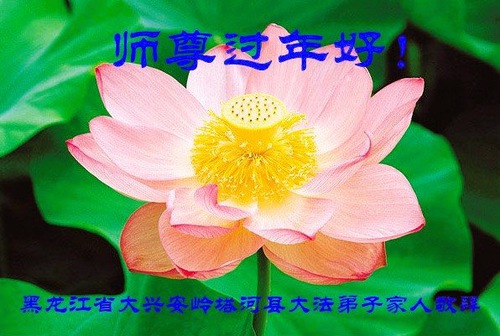 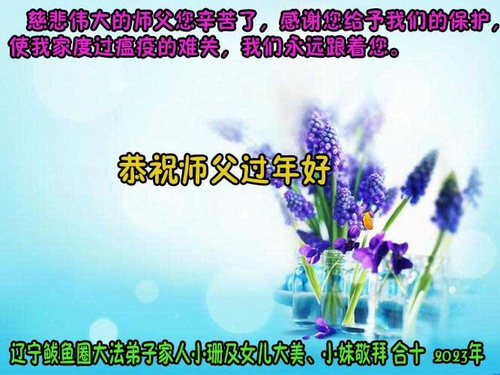 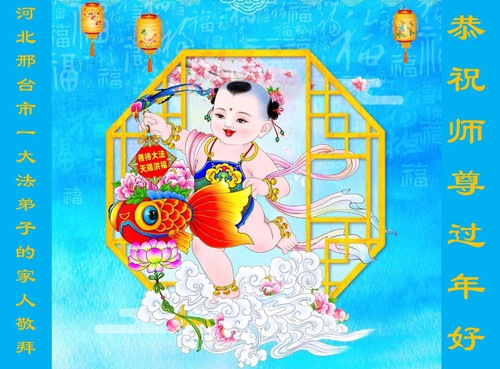 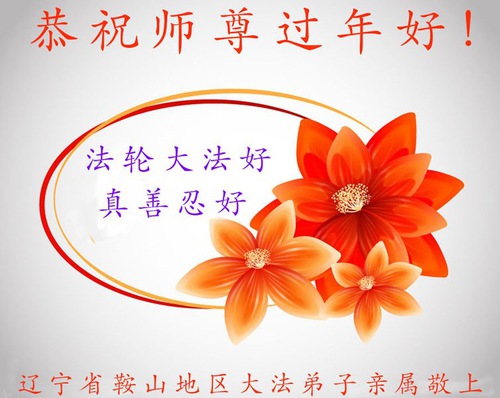 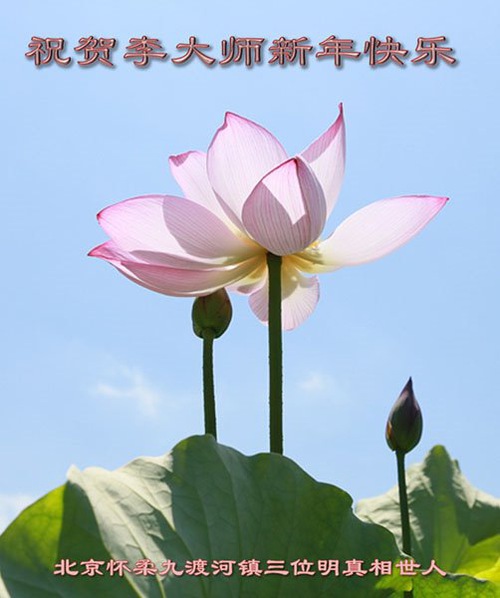