(Minghui.org) Falun Dafa was introduced to Togo, Africa in January 2013. Ten years later, in order to commemorate this sacred moment and to thank Falun Dafa’s founder, Mr. Li Hongzhi, Dafa practitioners in Togo held a parade and rally in the capital Lomé, from January 5 to 7, 2023. They also told the public about the persecution of practitioners in China, helping people to understand what is happening in the country of Falun Dafa’s origin. 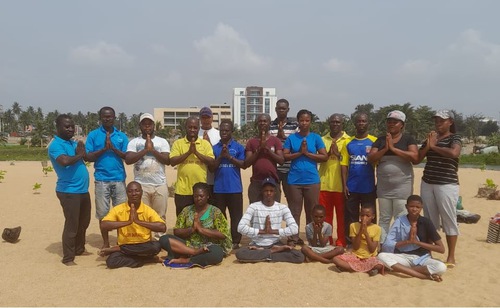 At 9:30 a.m., the parade departed from the Peace Dove Monument and crossed all the capitol’s main streets. It ended at the Peace Hotel by the sea, covering a distance of four kilometers. 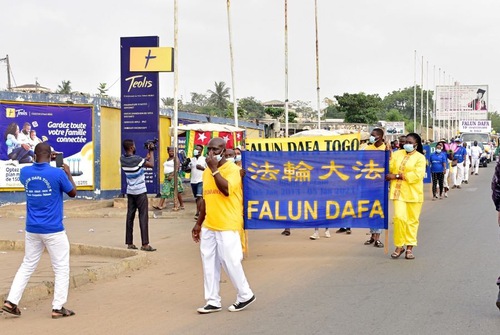 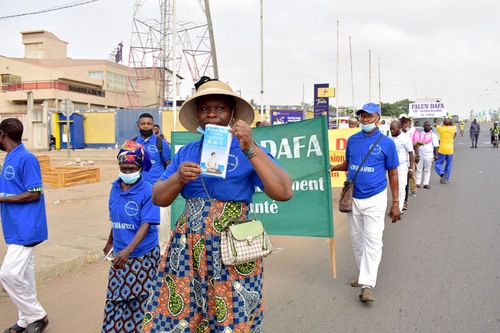 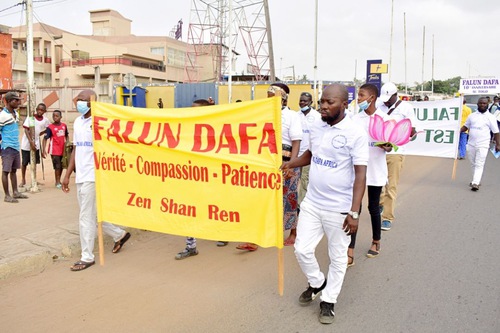 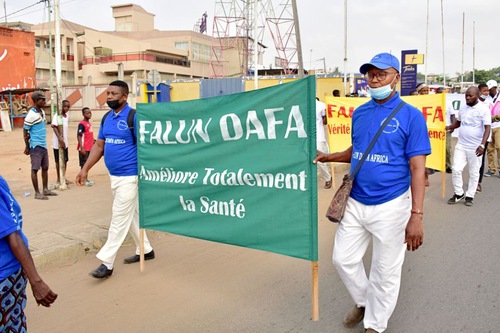 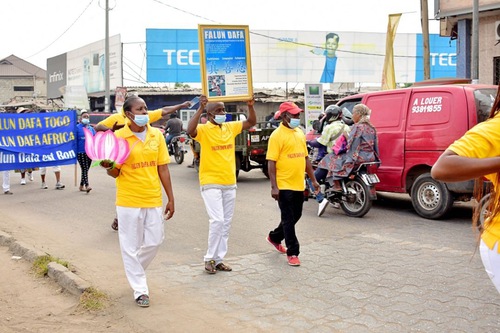 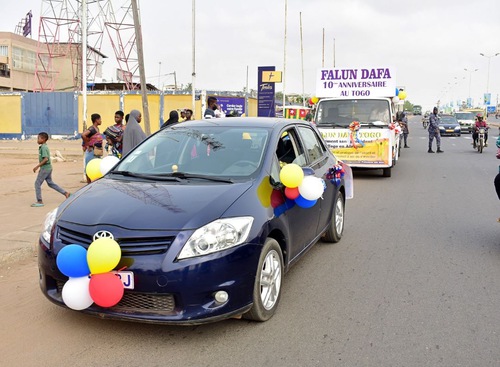 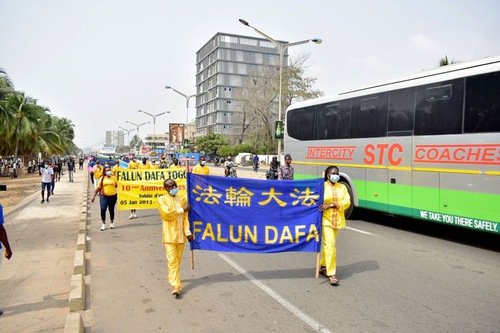 Dafa practitioners held a parade through the streets of Lomé, the capital of Togo, to celebrate the 10th anniversary of Falun Dafa’s introduction to Togo.

People were pleasantly surprised by the bright colors of the banners and the practitioners' outfits, and read the Falun Dafa banners during the parade. Some wanted to know what Falun Dafa is, and how one could start practicing.

Along the entire parade route, many people accepted flyers from practitioners. Practitioners took the opportunity to tell the public that the Falun Dafa exercise site in Lomé is on the beach opposite the Peace Hotel, and the practice time is from 7 to 10 a.m. every Sunday.

During the parade, some people bought Zhuan Falun, the main book of Falun Dafa. 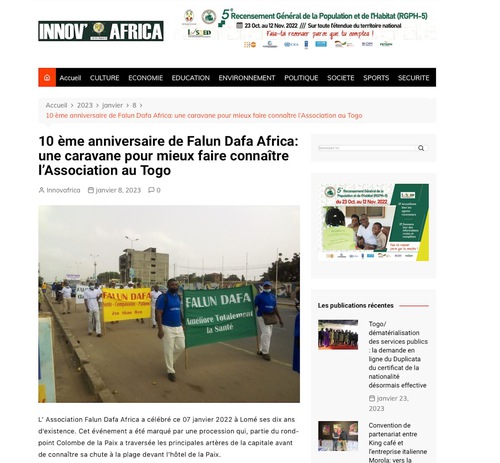 On January 8, 2023, INNOVAFRICA published a report on the practitioners’ parade and events to celebrate the 10thanniversary of Falun Dafa's introduction in Togo.

During the interview published by INNOVAFRICA practitioners explained that Falun Dafa is a high-level practice of the Buddha School, with Truthfulness- Compassion-Forbearance as the guiding principles. It improves body and spirit, and includes five sets of exercises. Falun Dafa teaches people to look inward to find one’s shortcomings and improve, and through cultivation, people can achieve physical health and inner balance. One practitioner said, “Falun Dafa is very precious, and I hope that everyone in Togo can hear about Falun Dafa and be blessed.” 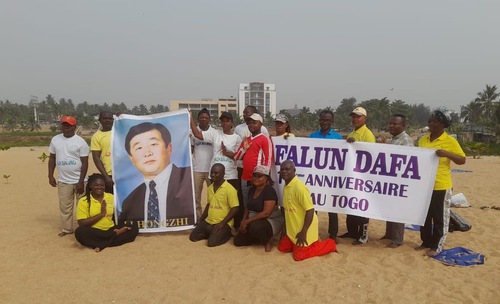 Practitioners pose for a group photo after the rally to celebrate the 10th anniversary of the introduction of Falun Dafa to Togo. 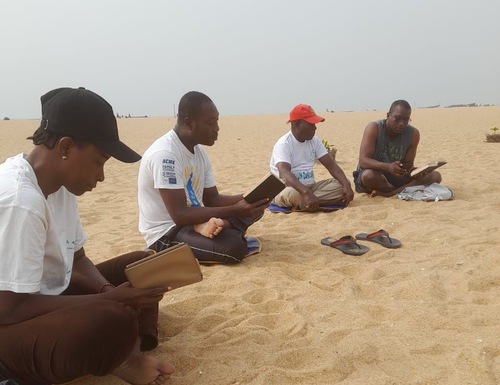 Practitioners read the Falun Dafa teachings together after doing the exercises.

Reechie Maai Amedegnato was introduced to Falun Dafa by her father eight years ago. After reading Zhuan Falun, her long-standing questions were answered: “Why do people live on Earth? Why do people get sick?” Before she began practicing, she had asthma, gastric reflux and chronic lower back pain, but after she began practicing Falun Dafa, her health improved significantly. The frequency of illness onset decreased, and her pain decreased. She said, “Cultivating the mind is the most important, which helps us to improve ourselves and become a better person.” 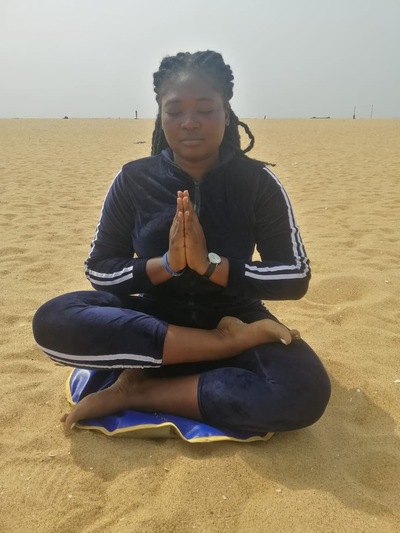 Reechie Maai meditates on the beach