(Minghui.org) Falun Dafa practitioners from France and Germany held activities on Kleber Square (Place Kleber) in the center of Strasbourg in eastern France on August 6, 2022, the eve of International Organ Donor Day. They condemned the Chinese Communist Party’s (CCP) persecution of Dafa in China, which even goes so far as to include organ harvesting from living Falun Dafa practitioners.

Strasbourg is an important city in France. Many major European institutions are located there, such as the Council of Europe, the European Parliament, the European Court of Human Rights and the European Corps. Place Kleber is located in the city center and is also famous for holding the largest Christmas market in Europe.

Practitioners set up two booths and large banners on the square, which attracted many local people and tourists. Many passersby were attracted by the banner worded “Protesting Genocide” in the center of Kleber Square.

People talked with practitioners and signed the petition which condemns the CCP’s persecution. Many people asked for informational materials and said they would share them with friends. They even offered to help greet passers-by and invite them to come to the booth. 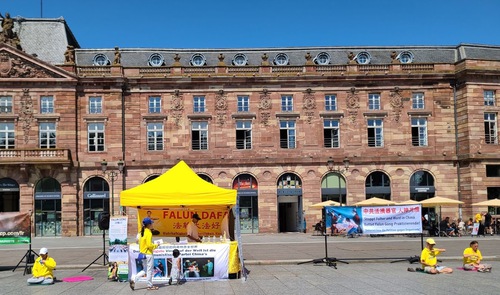 Falun Dafa booth on Kleber Square during a day long event on August 6, 2022.

Calling to Stop Crimes Against Humanity in China

Michael, one of the organizers of the event, said, “Although Strasbourg has always been a place where the CCP has tried to infiltrate with various economic interests and political means, the people and government here oppose the CCP.”

After a passerby quickly signed the petition, he encouraged the practitioners to make more efforts, and also called on the governments of other countries to not just consider their economic interests, but to demand the CCP end this persecution.

“We chose to hold this event on the eve of International Organ Donor Day (August 13),” said Michael. “Because organ donation is a noble and life-saving thing to do, but the CCP has turned it into a genocide and profits from forced organ harvesting.”

In May, the European Parliament passed a resolution condemning the forced organ harvesting in China. Michael added, “We chose to hold this event in Strasbourg hoping that the CCP’s criminal actions would draw more attention from European governments.” 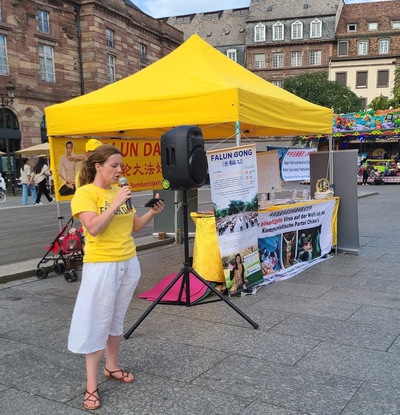 Sandra has practiced Falun Dafa for many years. During the event, she told residents of Strasbourg about the persecution in China, which includes countless forms of torture and has continued for over 23 years. “Such crimes are unimaginably cruel in this day and age. They even forcibly harvests organs from living people,” she said.

One practitioner drove 600 kilometers from Germany with his wife and daughter to participate in the event. He said that after giving a lotus flower to a resident, even though he did not speak French, when he pointed to the words “Truthfulness-Compassion-Forbearance” printed on the bookmark attached to the flower, the person signed the petition. The principles of Falun Dafa touched people’s hearts, and they were willing to speak up against the persecution.

Public Condemn the Atrocities in China 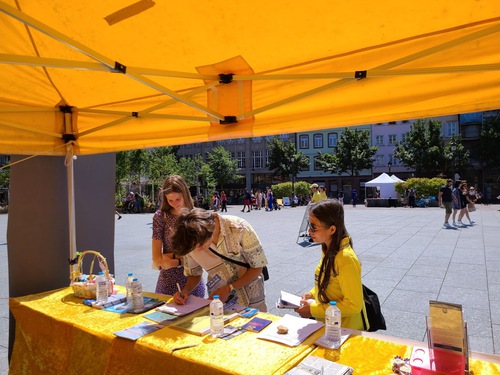 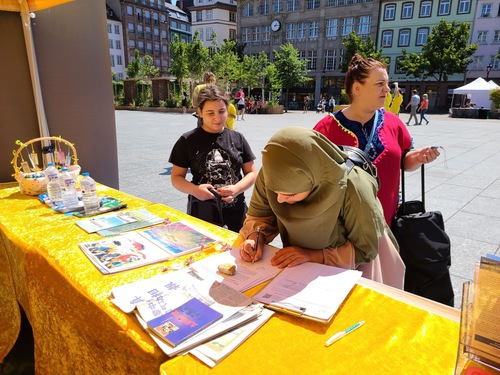 After reading the information on the display boards many passers-by stopped by the booth. Some said they were surprised and did not understand why the CCP still commits crimes against humanity. Many people asked what they could do to help stop these crimes. 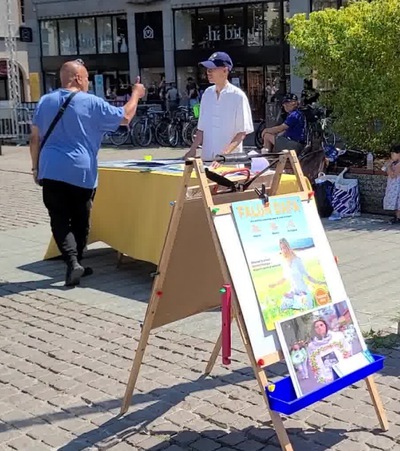 A passer-by commends practitioners with a thumb up after signing the petition.

A Chinese girl said she knew that Falun Dafa was good, but her parents were still in China, so she did not dare to stand in front of the booth or talk to practitioners for too long. After she talked with practitioners, she said she felt encouraged and signed the petition.

Marcos is the director of a local agency in Strasbourg. After listening to a practitioner explain how the CCP harvests organs from practitioners in China, he signed the petition. He was moved and said that everyone has freedom of belief. 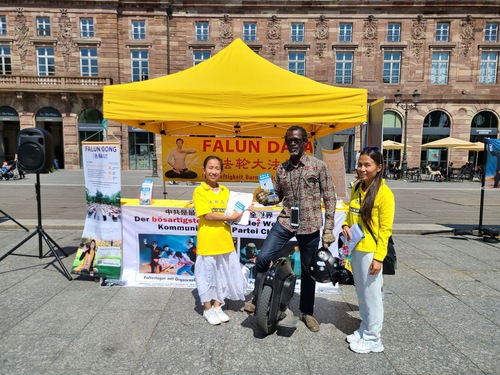 Marcos has a group photo with practitioners.

Julien Groff and Kim Rhomin were vacationing in Strasbourg and said they were drawn by the practitioners’ banners and display boards. When they heard about the persecution they signed the petition. “We read the banners and panels,” Julian said. “I think you’ve done a great job and you should keep exposing this.” 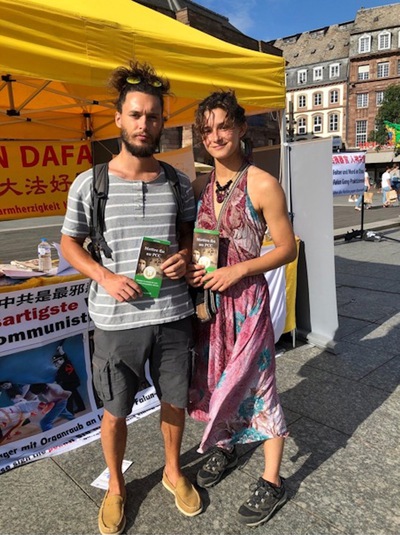 Julien Groff and Kim Rhomin have their photo taken in front of the booth.

The practitioners’ activities ended at 7:30 that evening. Many tourists were reluctant to leave and continued to talk with them, wishing to learn more about Falun Dafa.

Jiang Zemin, former head of the Party, perceived the spiritual discipline’s growing popularity as a threat to the CCP’s atheistic ideology and on July 20, 1999, he issued an order to eradicate the practice.

“Podcast (Cultivation): “Looking Within to Cultivate Myself””

“Getting Lost and Encountering Strong Winds at Sea”

Latest Podcast
Podcast (Cultivation): “Looking Within to Cultivate Myself”
- Aug 18, 2022