Home > News & Events > Parades & Other Community Events
Sydney, Australia: Officials and Others Thank Falun Dafa for Contributing to Society
June 26, 2022 | By a Minghui correspondent in Sydney

Many participants said they liked the beautiful exercise music, and felt strong energy when practitioners demonstrated the Falun Dafa exercises. Both elected officials and local citizens thanked the practitioners, and many signed up for free classes to learn the exercises. 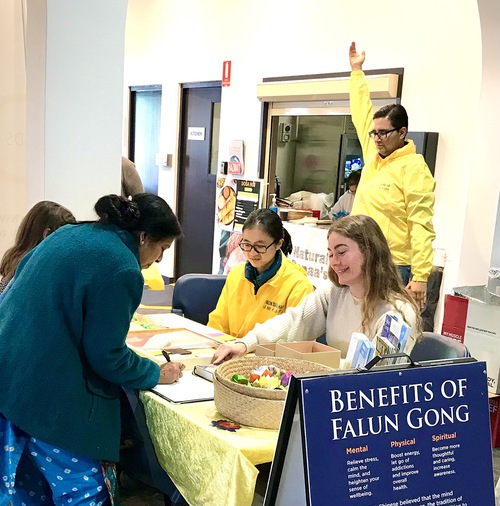 A Lifestyle That Helps the Community 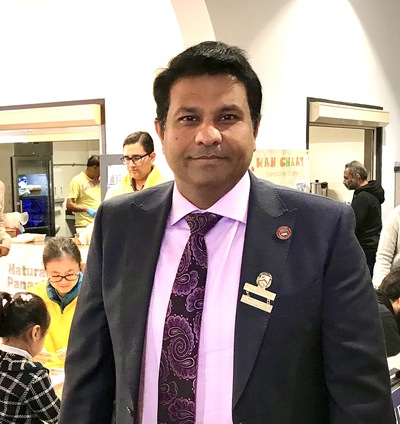 Sreeni Pillamarri, a Hornsby Shire Council member and Justice of the Peace in NSW, said he really liked Falun Dafa. Having worked with practitioners for nearly ten years, he was aware of their contributions to society. He explained that their lifestyle—meditation and peace—allows people to do things more effectively. That is why he is grateful that Falun Dafa practitioners have worked tirelessly to help their communities.

He said that the persecution in China is totally wrong, since freedom of belief should be respected. He said, “The principles of Truthfulness-Compassion-Forbearance are absolutely needed in our society.” He thanked practitioners for “participating in the event and presenting the practice to local residents so that more people can benefit from it.”

Caring About Each Other 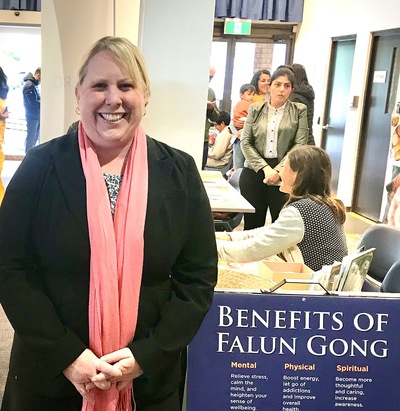 Dr. Michelle Byrne, former mayor of Hills Shire, stopped by the Falun Dafa booth. She said she was touched by the compassionate energy field there, and said she liked Falun Dafa because the practice is important for the community.

“In such a busy society, people should care for each other especially during these difficult times,” she said. “We also need to take care of ourselves and be tolerant of others.” 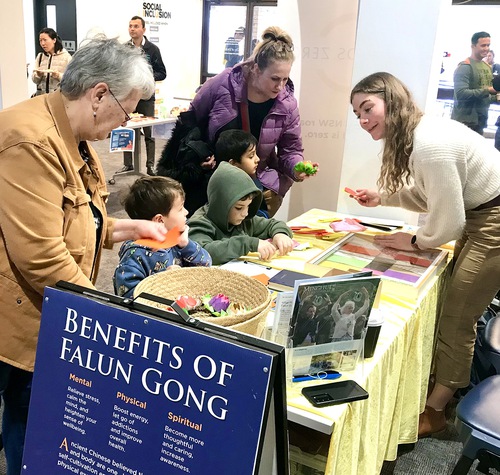 Vernon Lopes was happy to see his son patiently learning how to fold paper lotus flowers. He pointed out that the peaceful environment was a clear contrast to the brutal suppression in China, and that many people may not have realized it, but this is a battle with the totalitarian Chinese Communist Party (CCP) regime. That is why he encouraged practitioners to hold more events like this one so that people would know what is going on in China. 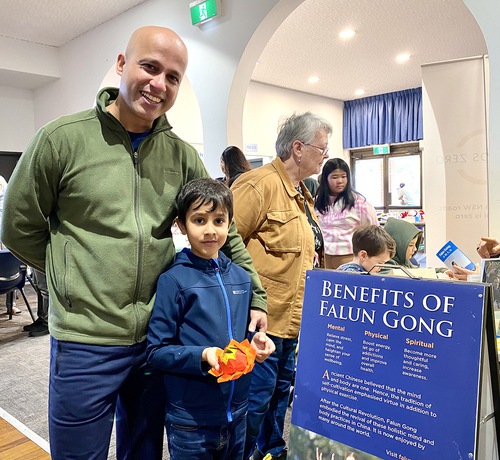 Vernon Lopes was happy to see his son learn how to make paper lotus flowers, because it requires patience. 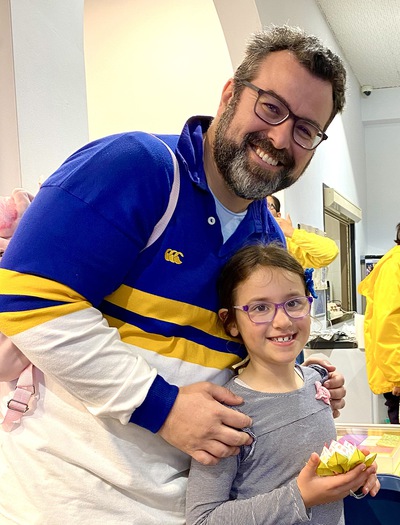 Sam said his daughter was excited to learn how to fold the paper lotus flowers. He also signed the petition calling for an end to the atrocities in China. 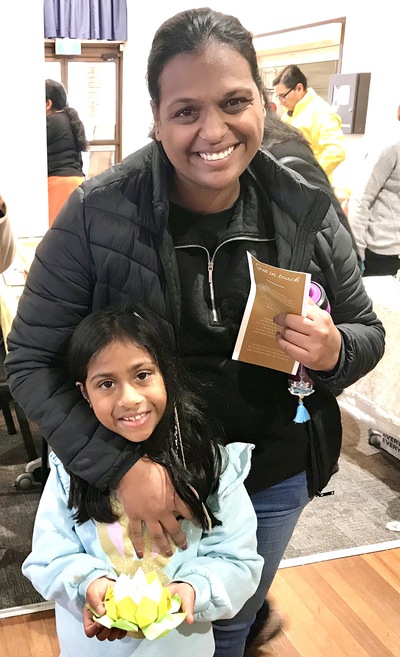 Anoka Rampersad, who came with her daughter, agreed with the principles of Truthfulness-Compassion-Forbearance, and said she hopes the persecution in China ends soon.