(Minghui.org) May 13 is World Falun Dafa Day and this year is the 30th anniversary of Falun Dafa’s introduction to the public. Mayors of four cities including Florence, Mayfield, Elizabethtown, and Richmond proclaimed Falun Dafa Day in these cities. 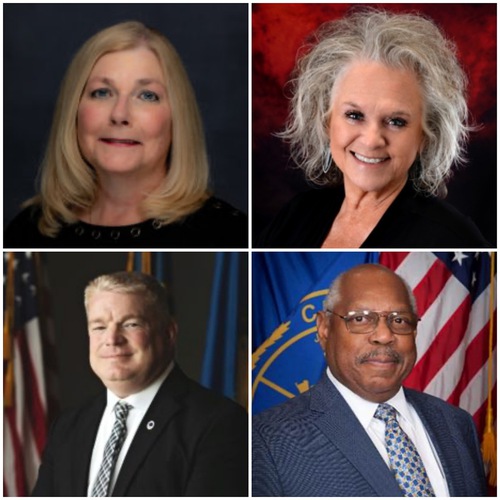 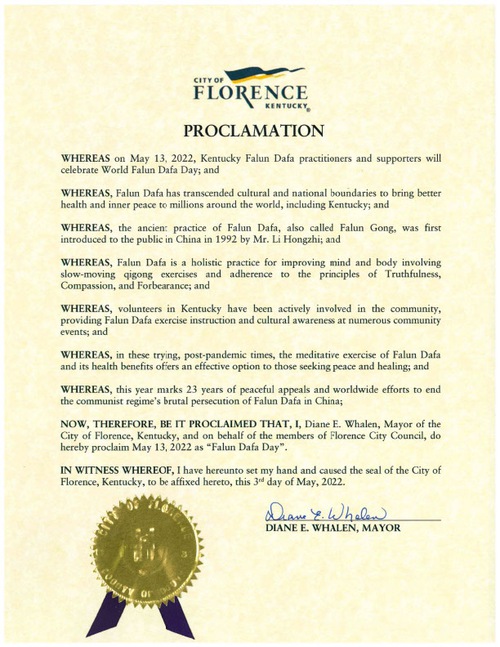 The proclamation reads, “Falun Dafa has transcended cultural and national boundaries to bring better health and inner peace to millions around the world, including Kentucky; and

“the ancient practice of Falun Dafa, also called Falun Gong, was first introduced to the public in China in 1992 by Mr. Li Hongzhi; and

“Falun Dafa is a holistic practice for improving mind and body involving slow-moving qigong exercises and adherence to the principles of Truthfulness, Compassion, and Forbearance; and

“volunteers in Kentucky have been actively involved in the community, providing Falun Dafa exercise instruction and cultural awareness at numerous community events; and

“in these trying, post-pandemic times, the meditative exercise of Falun Dafa and its health benefits offers an effective option to those seeking peace and healing; and

“this year marks 23 years of peaceful appeals and worldwide efforts to end the communist regime’s brutal persecution of Falun Dafa in China.” 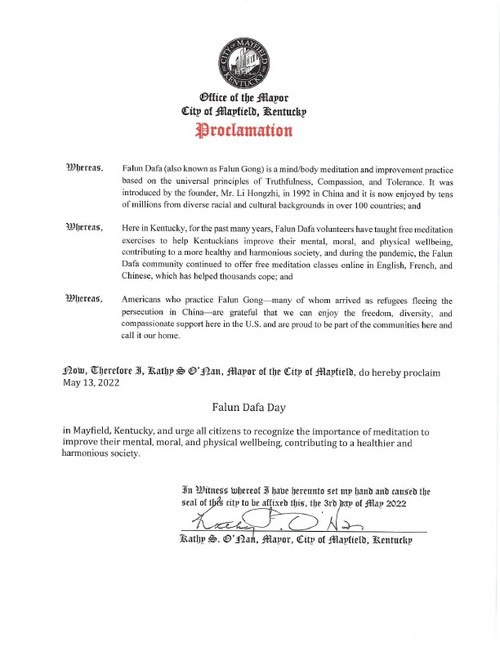 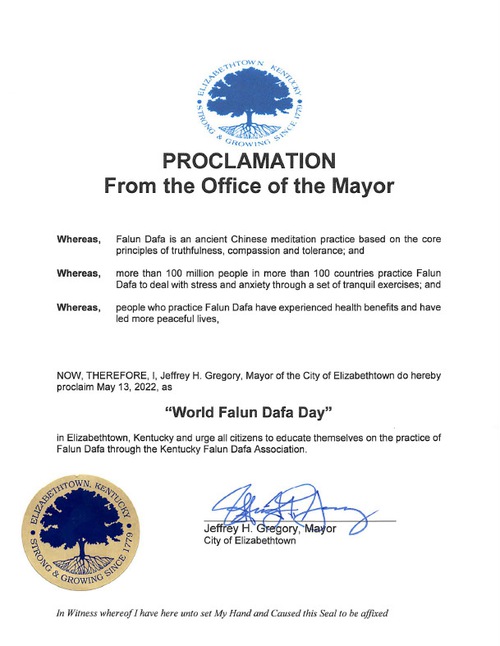 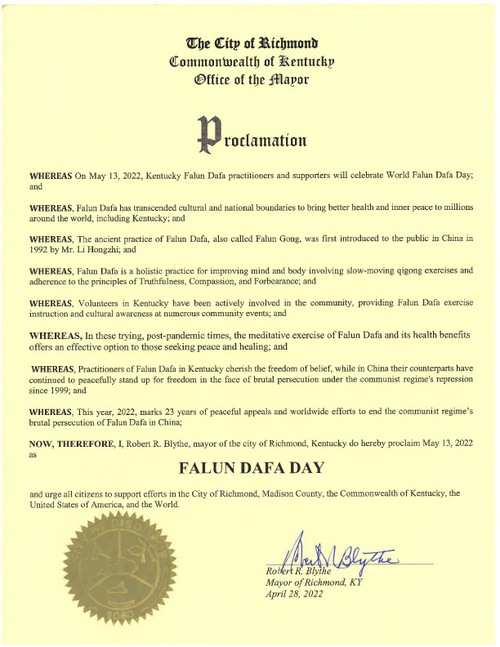