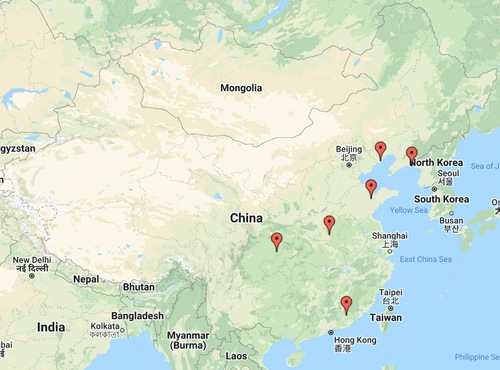 Ms. Nie Xiuyun and Ms. Wang Shuying were arrested by officers from the Beiguan Police Station in December 2020 after someone reported them when they were talking to people about the persecution of Falun Gong. They were released on bail.

The Kuiwen Procuratorate took their case in late March 2021.

The practitioners were arrested by High Tech Industry Police Department officers on June 12, 2021. They have since been held in a detention center.

Ms. Wang Wenjuan was harassed at home by three officers from the Suizhong County Domestic Security Division, including head Wang Baomin, after 9:00 a.m. on April 7, 2022. The officers seized a Zhuan Falun book and a music player.

Ms. Wang Jincui’s niece, Ms. Wei Fangrong, was stopped for interrogation after railroad security officers found a keepsake in her wallet with the words “Falun Dafa is good” and “Truthfulness-Compassion-Forbearance is good.” It happened at the railroad security check point in April 2021 when Ms. Wei was boarding a train from Chengdu to Shanghai. She told them she got the keepsake from her aunt, Ms. Wang. The Chengdu Railroad Police Department made this a case and sent officers to investigate it with local community clerks in May 2021.

Ms. Zhang Li received harassing calls from Xiangyang Police Station officers Zhou Xingyu and Yu Ben on March 26 and 27, 2022. They ordered her to report to the police station.

Ms. Zhang and Ms. Liu were arrested by officers from the Xiangyang Police Station on November 7, 2021. They were held for 15 days in the Dandong City Detention Center. Ms. Zhang was released after 15 days. Ms. Liu’s administrative detention was changed to criminal detention. She was finally released on December 17, 2021. Her husband Mr. Zhu repeatedly appealed to the police to dismiss her case. He was arrested on December 9, 2021, and detained for 15 days.