Home > Persecution > Accounts of Persecution
Two Women File Complaints Against Judges and Prosecutors for Sentencing Them for Their Faith
Feb. 18, 2022 | By a Minghui correspondent in Guangdong Province, China

(Minghui.org) Two women who were sentenced to prison for their faith in Falun Gong by a court in Guangzhou City, Guangdong Province are suing the judges and prosecutors involved in their sentencing.

The Case of Ms. Liu Jinhuan 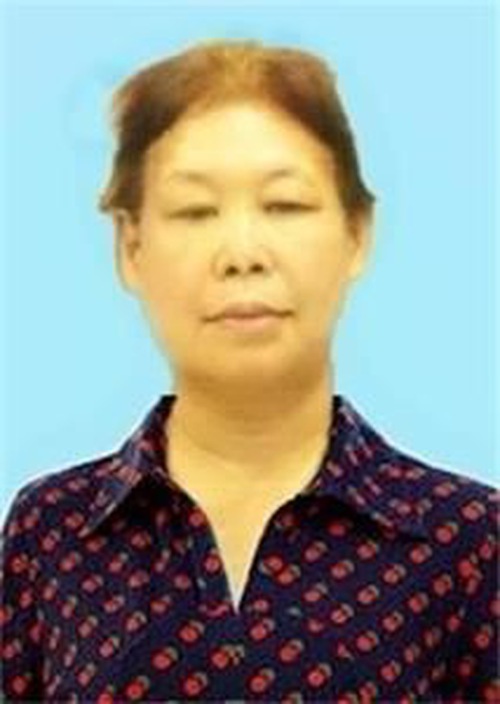 Ms. Liu Jinhuan, a 58-year-old Guangzhou resident, was arrested on May 18, 2020, and held at the Panyu District Detention Center. The authorities claimed that janitor Li Xiaoqin found several pamphlets with information about Falun Gong on private cars in the early morning of May 6. The police claimed that a close look up of surveillance videos showed that Ms. Liu passed by that region on that day, thus accusing her of distributing the materials.

Ms. Liu appeared in court on November 12, 2020. Two lawyers entered a not guilty plea for her. She was sentenced to four years and fined 5,000 yuan on November 16 by presiding judge Zhou Zhengyuan and judge Wang Jie.

In addition to appealing the verdict, Ms. Liu also filed complaints with Guangdong Province Procuratorate and Supreme People’s Procuratorate against judges Zhou and Wang, as well as prosecutor Lin.

Ms. Liu pointed out in her complaints that the three accused were wrongfully indicted and sentenced for “using a cult to undermine law enforcement.” She refuted the charges as no law in China criminalizes Falun Gong and no government-issued cult lists include Falun Gong. Furthermore, the Chinese publication bureau lifted the ban on Falun Gong books and other literature in 2011. She argued that freedom of belief and speech are basic rights granted to citizens by the Chinese Constitution and she shouldn’t have been prosecuted for her faith in the first place.

Prosecutor Lin included two pieces of prosecution evidence against her, including the pamphlets found by witness Li and over 1,000 Falun Gong flyers alleged by the police to be found at her home. But Li has verified that she found the pamphlets at 6 a.m., while the surveillance video indicated that Ms. Liu passed by that region in the evening. In terms of the over 1,000 flyers, it’s not on the confiscation list issued by the police after the home raid on May 18, 2020. Yet the police claimed four months later in September that they found the over 1,000 flyers at her home and they never showed the materials to Ms. Liu or verified the ownership with her.

Ms. Liu’s lawyers added that while the prosecutor accused her of undermining law enforcement with a cult organization, he never explained which law’s enforcement was undermined, how was it undermined, and what damage it caused to society or any individual.

Ms. Liu and her lawyers accused the judges and the prosecutor of abusing their power in sentencing her and demanded to hold them accountable. Her complaints have been accepted by the Guangdong Province Procuratorate and Supreme People’s Procuratorate.

While the Guangzhou City Intermediate Court has ruled to uphold Ms. Liu’s original verdict on December 29, 2021, the two higher procuratorates are yet to make any decision on her case.

The Case of Ms. Wang Meiying

Ms. Wang Meiying, a 70-year-old resident of Hengyang City, Hunan Province, came to Guangzhou in early 2020 to help care for her grandchild. She was arrested on September 8, 2020, at her home in Hengyang, after the Guangzhou police claimed that she was recorded by surveillance camera distributing Falun Gong materials near subway stations in Guangzhou Metro University Town in July 2020. She was taken back to Guangzhou and held at the Panyu District Detention Center.

Ms. Wang appeared in court on April 16, 2021, and was sentenced to four years with a 10,000 yuan fine on November 18. She appealed the verdict and also filed complaints against presiding judge Chen Wenling, judges Jia Cunjin and Yi Haijun, as well as prosecutor Xu Jiexia, with the Guangdong Province High Court and Supreme People’s Court.

“Heilongjiang Woman Sentenced to 3.5 Years for Her Faith”