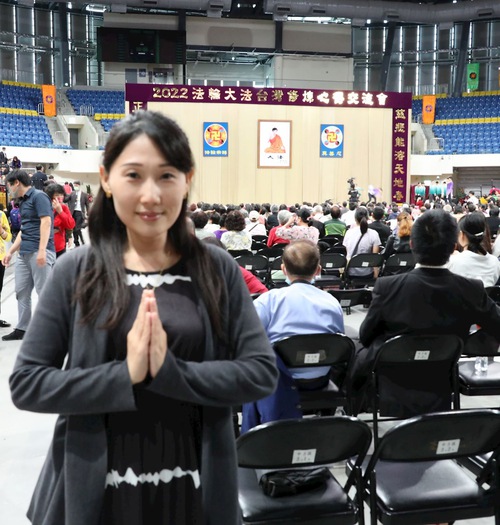 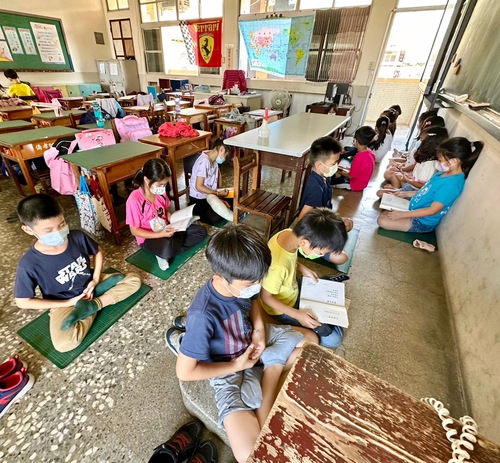 Ms. Wang Yuqing is a 40-year-old elementary school teacher. She said she has been searching for a righteous way that can guide people to practice through religious belief. She’s traveled all over the world and visited more than 30 countries.

“I used to like to travel around the world during long vacations,” she said. “I went to Iceland to see the Northern Lights, to a holy mountain in Tibet, to the birthplace of Buddha in Lumbini, Nepal, and to the Vatican, but every time I came home I felt empty, without the answer I was looking for.”

Ms. Wang said that she thought there must not be any real cultivation way in the world that helps people to return to their original, true selves. She was discouraged and wanted to give up three years ago, but then a relative gave her the book Zhuan Falun. When she opened the book, she found Falun Dafa was what she had been looking for.

After a few months of practice, she felt completely reborn. Her health issues such as menstrual pain of more than 20 years vanished, as did the herniated disc caused by an injury incurred while practicing ballroom dancing at college. Her xinxing has also improved.

Before practicing, Ms. Wang thought that after her students left, the teacher-student relationship was over. Since she started to practice, she has encouraged her students to read Falun Gong books such as Zhuan Falun and Hong Yinduring lunch breaks. After one semester, the students’ xinxing changed a lot. They look within when facing conflicts, admit when they made mistakes and apologize to their classmates. Some of the children who were out of control in the past now help others. They all want to follow Falun Dafa’s guiding principles of Truthfulness-Compassion-Forbearance. She says that she now has a lifelong connection with her students.

In the past, Ms. Wang’s students said she had a great sense of humor, but now they say that she is kind and gentle. Ms. Wang said, “Nowadays during the long vacation, I like to read Dafa books quietly at home. I feel the immensity and magnificence of the universe is something I have never encountered before. I never thought that a book could change my understanding of everything and help me find my own roots. Master is so great and merciful.” 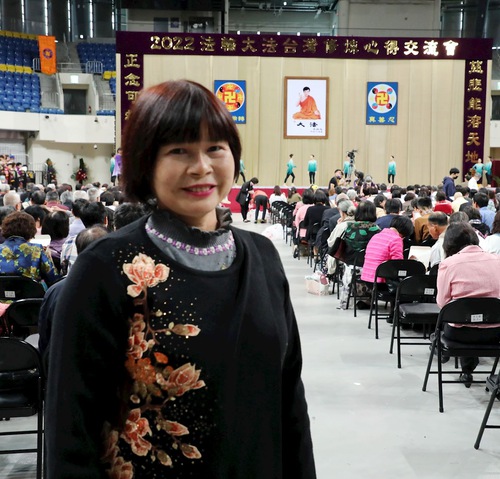 Ms. Hu Mei-chen said that since she was a child, her family was poor. There were eleven brothers and sisters in her family. Ms. Hu had to take on a lot of housework and earn money to support everyone since she was a child. She started working as a cement worker with her father when she was 16 but got ill from the intense labor.

She had diseases that could not be cured for decades, such as dry eye syndrome, nasal allergies, a breast tumor that was one-and-a-half times the size of a table tennis ball, hemorrhoids, infiltrating ductal carcinoma, and viral infection.

Ms. Hu, who turned 60 this year, said that she recalled she once saw a display board with the words “Falun Dafa is good” and a little Western girl meditating peacefully. So she searched for information about Falun Gong on the Internet.

She said, “It turns out that people in many countries around the world practice Falun Gong, which has greatly benefited one hundred million people physically and mentally. Some recovered from cancer and some overcame their drug addiction.”

After practicing Falun Gong for eight months, all her illnesses went away without any medicine. “Falun Gong is a good practice that benefits all,” she says!

“China Fahui | The Journey We Have Traveled Together”

“Reported in September and October 2022: 2,054 Falun Gong Practitioners Arrested or Harassed for Their Faith”