(Minghui.org) A 70-year-old doctor in Dalian City, Liaoning Province, was repeatedly harassed during the past two years for her faith in Falun Gong, a spiritual discipline that has been persecuted by the Chinese communist regime since 1999. Ms. Lyu Chunyu was taken into custody in early November 2021 and secretly tried at the end of the month. 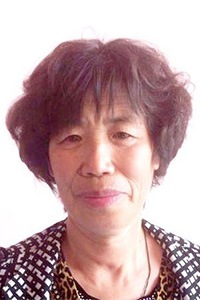 Ms. Lyu’s parents have five daughters, and she is the fourth child. As her husband worked out of town, she took care of their two children and manage their farmland, about one-third of an acre, all by herself. She was also the main caregiver for her bedridden mother for 13 years. She worked as a family doctor and was liked by the local villagers. While seeing patients, she was often saddened to see their suffering, and she was looking for a way to better help them. In 1995, she took up Falun Gong and felt that this was something she had been searching for her entire life.

Practicing Falun Gong helped Ms. Lyu to stay fit and enabled her to handle her busy life well. Even now, in her 70s, she still enjoys good health and is energetic. On January 2, 2021, her second brother-in-law, 85, suffered a stroke and became incapacitated. Her sister, 82, was unable to care for him. Both of their own daughters were living abroad. Ms. Lyu thus stayed at her sister’s home for a month to care for her brother-in-law. After his condition was stabilized, she took them to her own home and cared for them until shortly before her arrest. With her incarceration, her sister and brother-in-law had to move to an assisted living center.

Ms. Lyu was first arrested in 2001 for putting up posters about Falun Gong, which resulted in several months of detention at the Dalian Forced Labor Camp. She was later released on bail after suffering a medical condition.

In 2015, Ms. Lyu and many other Falun Gong practitioners filed criminal complaints against Jiang Zemin, the former head of the Chinese Communist Party who ordered the persecution of Falun Gong in 1999. She was arrested on September 25, 2015 and interrogated at the police station. She held a hunger strike to protest the persecution.

When her family went to seek her release, the police said that the arrest was ordered by a higher-up. Although she was released after eight hours of detention, Lyu Zhiqiang, the police chief, threatened they weren’t yet done with her.

Three days later, the police went to Ms. Lyu’s clinic at around noon to harass her. As she wasn’t in, they returned less than two hours later, but still didn’t find her. The police returned the next day and forcibly dragged her to the police car and took her to the police station for interrogation, despite strong protest from her husband and older daughter.

Ms. Lyu said to the police, “You repeatedly harassed me during the past 16 years (1999-2015). My husband and children endured tremendous mental pressure. It’s completely reasonable for me to sue Jiang Zemin.” Ms. Lyu refused to cooperate with the police. They took her to the Dalian Drug Rehabilitation Center for detention, which refused to take her due to her high blood pressure. She was thus released.

A New Round of Harassment

Sun Chenglin, deputy chief of the Ershilibao Police Station, three officers (one named Wu Wei), and Shan Shiyuan from the Domestic Security office harassed Ms. Lyu again on September 25, 2019. Ms. Lyu was out for a meeting and her husband and older daughter were at home.

Without showing a search warrant, but only Sun’s badge, the police began to search around. They claimed that she had been reported for distributing informational materials about Falun Gong at her clinic. The police also threatened to accuse Ms. Lyu’s husband of attacking the police, and force him to fabricate evidence against his wife, when he tried to stop them. Ms. Lyu’s Falun Gong books, photo of Falun Gong’s founder, two computers, DVD player, and all Falun Gong materials were confiscated.

Sun and three officers arrested Ms. Lyu and her older daughter Ms. Sun Wenjun two months later, on November 15, 2019. The mother and daughter were held in separate rooms at the police station and interrogated. As Ms. Sun had to attend a parent-teacher conference at her child’s school, she was let go in the afternoon.

Ms. Lyu kept clarifying the facts to the police about Falun Gong and urging them not to participate in the persecution. The officers took her to a hospital for a physical exam in handcuffs. Even though the doctor said that she had a severe heart condition, the police still took her to the local detention center. After the guards refused to accept her, they took her back to the police station and held her there overnight.

The police took Ms. Lyu back to the hospital the next day, and the result was still the same. The detention center again refused to admit her. Sun later collected a 10,000 yuan bail bond from her daughter and released her on bail.

Another deputy chief, surnamed Fu, of the Ershilibao Police Station, along with two officers, Zhang Zhuoyue and Gu, went to Ms. Lyu’s home on May 14, 2020, and took her to the procuratorate.

Prosecutor Yue Shubao and his secretary Jia Lu received them. Yue asked Ms. Lyu, “Are you pleading guilty?” “I didn’t commit a crime. The police are arresting good people. It’s they who violated the law,” she answered. She refused to sign any case documents and returned home hours later.

A staff member of the Dalian Economic and Technological Development Zone Court called Ms. Lyu on June 4 and 5, 2020, and told her to come and sign her case document. She refused to go. The court texted her on June 6 and said they had accepted her case.

Police officer Zhang Peng and another officer who refused to reveal his name went to Ms. Lyu’s home on June 16, attempting to force her to go to the court to sign her case document. She again refused to comply.

A staff member from the procuratorate delivered the indictment to Ms. Lyu on June 29. She wasn’t home and the person gave it to her husband.

Seven officers searched Ms. Lyu’s home on December 4, 2020. The search warrant was signed by a person named Liu Pinjun. She tried to stop them, but to no avail. Her eighteen calendars with information about Falun Gong, along with several Falun Gong books and a computer, were confiscated.

Two police officers and two community staff members went to take Ms. Lyu’s photos on March 26, 2021. As she wasn’t home, the police took photos of her apartment, despite strong protests from her daughter.

Three officers arrested Ms. Lyu at home on June 23. They handcuffed her and snatched her cellphone. They took her to the hospital for a physical examination and then back to the police station to collect her fingerprints. Ms. Lyu refused to cooperate. Officer Wu Wei then slandered Falun Gong. He also held her arms behind her back and pushed them up. Ms. Lyu was released in the evening.

The police went to Ms. Lyu’s home again on November 2 and took her for a coronavirus test. They came back the day after and took her for a physical examination. They took her to the Yaojia Detention Center in the afternoon, with the charge of “undermining law enforcement,” the standard pretext used to criminalize Falun Gong practitioners. She has been held there since.

Ms. Lyu’s family received a message on November 22 from the Dalian Economic and Technological Development Zone Court, which said that she was scheduled to be tried through a video conference on November 30. Her daughter called the assistant to judge Wang Qian the next day, only to be told that the hearing had already been held the day before.

Ms. Lyu’s family hired a lawyer for her. But the detention center was only given ten slots of visitation each day due to the pandemic and the lawyer hadn’t received one at the time of writing. Even if he got one slot, he wouldn’t be able to meet her in person, only talk to her over the phone for half an hour.