Home > Persecution > Accounts of Persecution
Having Been Incarcerated for Seven Years, Former Teacher Gets Another Five Years
Jan. 2, 2022 | By a Minghui correspondent in Beijing, China

(Minghui.org) Having served two labor camp terms and a prison term, a former math teacher in Beijing was sentenced again for his faith in Falun Gong, a spiritual discipline that has been persecuted by the Chinese communist regime since 1999.

Mr. Li Lanqiang, 58, was arrested on April 23, 2021, after being reported for distributing informational materials about Falun Gong. It was recently confirmed by the Minghui.org website that he was sentenced to five years by the Fangshan District Court. More details of his recent sentencing aren’t clear. 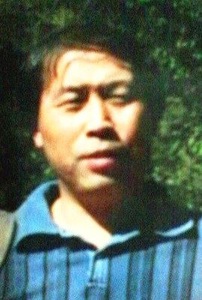 Prior to his latest term, Mr. Li was repeatedly arrested, incarcerated, and tortured during the past two decades for upholding his faith.

Mr. Li was first arrested in August 1999 when protesting against the persecution at Tiananmen Square. When he returned to work after 15 days of detention, his employer, Taipinglu Middle School in Haidian District, Beijing, didn’t allow him to teach any longer, and reassigned him to work as a gatekeeper.

Mr. Li was taken to a brainwashing session in early December 2001 and held there for 20 days. The school paid 8,000 yuan for his “tuition” and living expenses. As Mr. Li refused to renounce Falun Gong, the police ransacked his home in February 2002, took away his hand-copied Falun Gong teachings, and gave him a 1.5-year labor camp term.

Mr. Li was beaten by the guards at the Tuanhe Forced Labor Camp on December 5, 2002, when he refused to comply with the body search. Guard Yue Weihua said to him, “I am beating you. What’s wrong with that? Can you hold me accountable for it?”

Shortly after being released, Mr. Li was arrested again in November 2004 and given another 2.5 years in the same Tuanhe Forced Labor Camp. The guards ordered the inmates to monitor him, starve him, and restrict his restroom use. When he refused to renounce Falun Gong, they forced him to sit on a small stool for more than ten hours each day without moving. His buttocks festered as a result. Sometimes three other inmates sat close to him, rendering him unable to move. In the hot summer, the guards closed the window of the 90 square-foot room that Mr. Li and three inmates were held in, and refused to provide water to him.

Mr. Li was arrested on April 20, 2016 and appeared at the Fangshan District Court on February 9, 2017. While he was waiting to be taken back to the detention center, an officer didn’t allow him to talk. Mr. Li questioned which law prohibited him from talking. The officer said to him, “Don’t talk about the law with me. I am the law.” He ordered the bailiffs to shock Mr. Li with electric batons. Mr. Li had severe burns on the right side of his chest. The officer also hit his head on the wall and caused it to bleed when he fell as a result of pain from the electric shocks.

Mr. Li was sentenced to three years and fined 7,000 yuan on October 27, 2017. He appealed with the Beijing Intermediate Court and it ruled to uphold his original verdict on December 14.

Mr. Li was taken to the Beijing No. 2 Prison in late January 2018, before being transferred to the Qianjin Prison on February 28. He was released on April 19, 2019.

Having Been Incarcerated for Seven Years, Former Teacher Arrested Again for His Faith

“A Tribulation Helped Me Look Within and Find My Fundamental Attachment”

“Liaoning Man Sentenced to Five Years for His Faith”