(Minghui.org) Falun Dafa benefits all who believe in it. Many non-practitioners, including relatives and friends of Dafa disciples, have personally experienced miracles brought about by reciting “Falun Dafa is good, Truthfulness-Compassion-Forbearance is good.”

As we usher in the New Year, people across China have sent in their greetings to thank Master Li and Falun Dafa for returning them to good health and helping them avert danger. Many shared their miraculous experiences in their greetings.

A man in Qinhuangdao City, Hebei Province, sustained alcohol burns in an accident at work. Large areas of skin on his face and arm fell off. He immediately began to recite, “Falun Dafa is good, Truthfulness-Compassion-Forbearance is good,” which his wife, a Falun Dafa practitioner, often told him to keep in mind. He didn’t feel any pain, and new skin soon appeared. In less than 20 days, he returned to work. A year has since passed, and he has no scars at all.

An 86-year-old woman in the Changping District in Beijing fell and broke bones several times over the past few years, but she recovered quickly each and every time. She still has very good hearing and vision, all thanks to listening to Master Li’s audio lectures and reciting the two phrases. Her son, who is a practitioner, hopes that more people can benefit from Falun Dafa like his mother.

A Sales Manager Does Well

A sales manager told how he travels around China to sell his company’s products. He and his team must meet their sales goals or else they will be laid off. Seeing other managers and team members getting pink slips really stressed them out.

This man managed to remain calm, because his parent, a practitioner, had told him to recite “Falun Dafa is good, Truthfulness-Compassion-Forbearance is good” and keep an amulet with those messages on him at all times. As a result, his team excelled at sales and was often ranked among the top few sales teams. They also received multiple awards from their company for their outstanding performance.

A man in Changchun City, Jilin Province, had lung cancer, lymphoma, and leukemia. Three times the hospital issued notices of critical condition. As the child of a Dafa disciple, he kept reciting the two phrases while he was in the ICU. One day, he saw Master Li, dressed in a yellow kasaya, come to his side. His pain went away instantly and he soon recovered.

A retired man in Liangshan Yi Autonomous Prefecture, Sichuan Province, was still in the hospital when he sent in his greetings to Master. He said he was in good spirits and that his secret was to recite the two phrases every day. Some of his friends who called him didn’t even believe he was in the hospital because his voice sounded so strong.

A retired public servant in Jingzhou County, Hunan Province, is in his 90s. He wrote that he’d enjoyed power and fame when he was working and had had three wives, but his life went downhill after he retired. Not only was he plagued with health issues, but his daughters-in-law were mean and rude to him because they thought he hadn’t distributed his assets among his sons fairly. He was very unhappy and down.

When he was in his 80s, his life turned around. While visiting a friend, he watched uncensored NTDTV programs for the first time. He later read many Epoch Times articles by using software to circumvent the internet firewall. Many relatives and friends frequented his home to watch and read the uncensored news with him. They also discussed the importance of quitting the Chinese Communist Party (CCP) and its two youth organizations.

He learned to be more compassionate and tolerant and gained a new outlook on life.

Many acquaintances younger than he have passed away. He said he realized that modern medicine can at most treat symptoms but not save one’s life. He felt lucky that Dafa had cured him and prolonged his life.

Both Father and Daughter Blessed

A man in Dalian City, Liaoning Province, had an accident about one month ago. An ax fell on his thumb and his hand swelled up. He worried that his nail might fall off. His wife, a practitioner, urged him to recite, “Falun Dafa is good, Truthfulness-Compassion-Forbearance is good.” He slept soundly that night and then forgot about his injury the next day. Three days later, he remembered and looked at his thumb, which looked perfect, as if nothing had ever happened to it. He was surprised to see that his thumb had healed on its own.

His daughter and her family were eating out a few years ago. While waiting for their order, she left the table. Just as she stepped away, a big piece of glass fell on her seat. She was shocked but knew right away Master had protected her.

A rural woman in Gongan County, Hubei Province, recounted how her whole family has benefited from Falun Dafa. She had Gossypol poisoning and high potassium deficiency when she was a child. She was hospitalized for a long time and survived but was warned she’d have trouble conceiving when she grew up.

She got married at 27 and her first pregnancy ended up in a miscarriage. When she became pregnant again, at the urging of a relative who practiced Falun Dafa, she kept reciting the two phrases while on bed rest. She delivered a little girl without complications. The baby was small for her age, but she grew up to be very tall. She was just admitted to a top university in Beijing this summer.

This rural woman’s mother once read Zhuan Falun. Her older brother and older sister and their families also believe in Falun Dafa and often recite “Falun Dafa is good, Truthfulness-Compassion-Forbearance is good.” They all have their own businesses and make a good profit every year. Their children have all graduated from college and landed good jobs.

A family of three in Botou City, Hebei Province, were in a horrible accident. Their car was totaled, but none of them sustained serious injuries. They knew that was because they had their amulets with Falun Dafa messages in their possession.

An elderly couple in Daqing City, Heilongjiang Province, thanked Master for giving them good health. The husband had a stroke in October 2020 and was warned he’d either become paralyzed or end up a vegetable.

The couple’s son and daughters-in-law, both practitioners, advised them to recite the two phrases. They heeded the advice and the husband soon improved. He can now take care of himself. His wife, who used to stay home in the winter, is now able to go outside.

The couple now listens to one lecture of Master’s audio teachings every day, without fail.

Parents and Son Recover from Surgeries

A family of three in Zhaoyuan City, Shandong Province, all had surgeries recently. Both the husband and wife had polyps removed from their intestines, and their son had a brain tumor removed. All their operations went well. They knew that was because they benefited by being related to practitioners (referring to the husband’s mother and sister).

A man in Hongan City, Hubei Province, was diagnosed with late-stage lung cancer in October this year. The cancer had spread to his lymph nodes, and his doctor said there was no cure.

His wife, daughter, and sister-in-law all practice Falun Dafa. They urged him to give the practice a try. He did and is now healthy.

A young woman in Dalian City, Liaoning Province, practiced Falun Dafa with her grandmother when she was a child. She gradually stopped practicing as she grew older, though she always believed in Falun Dafa.

On December 24, 2021, she had an attack of appendicitis at work. The pain was so intense that she had trouble breathing. When things didn’t improve in 30 minutes, she suddenly remembered to recite the two phrases. In less than 20 minutes, the pain subsided and soon disappeared. Her colleagues said, “That came on so suddenly but vanished so quickly, too!”

She thanked Master for taking care of her and is determined to resume practicing Falun Dafa.

A family in Chengdu City, Sichuan Province, said they learned the truth from Dafa disciples and they often recite “Falun Dafa is good, Truthfulness-Compassion-Forbearance is good.” They thank Master for saving the universe and mankind. They long for Master’s return to China. 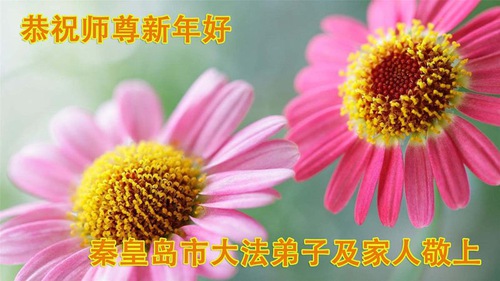 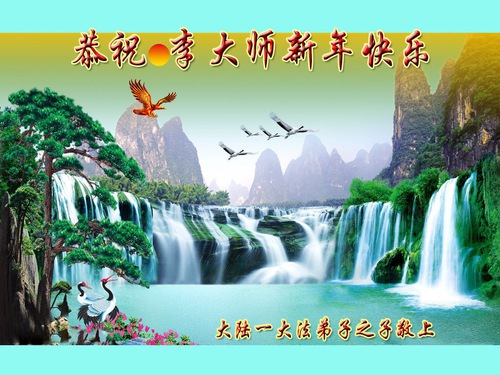 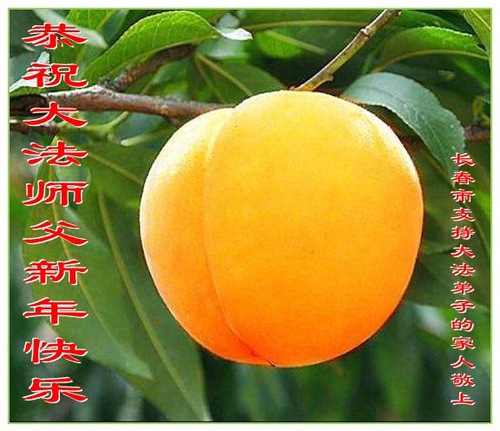 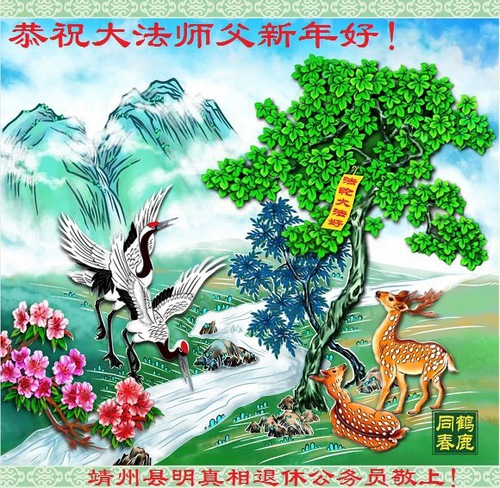 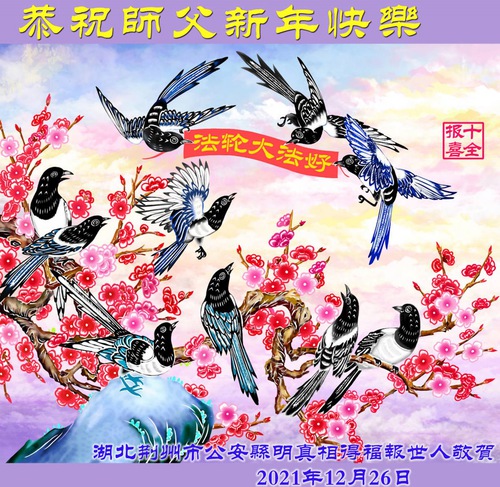 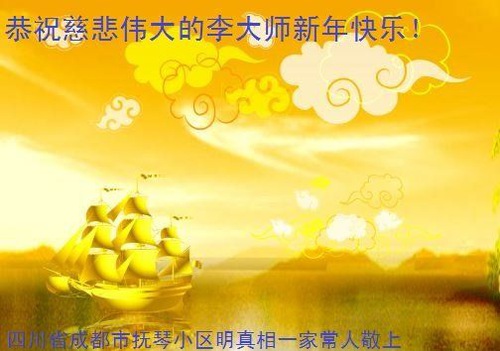 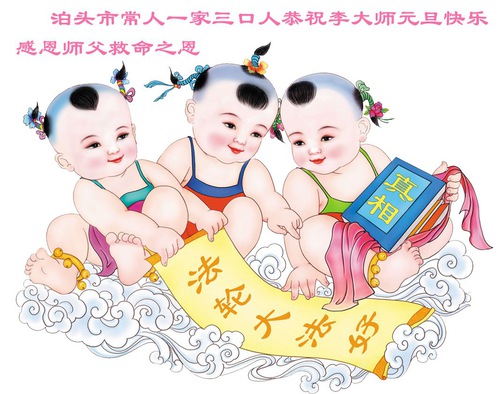 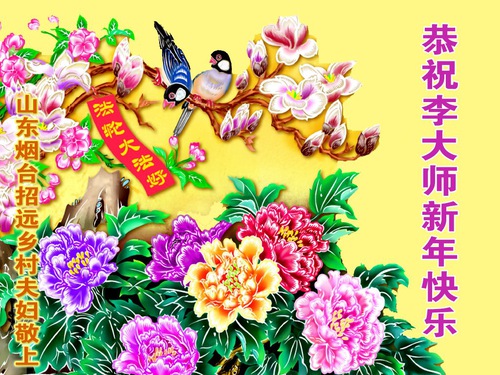