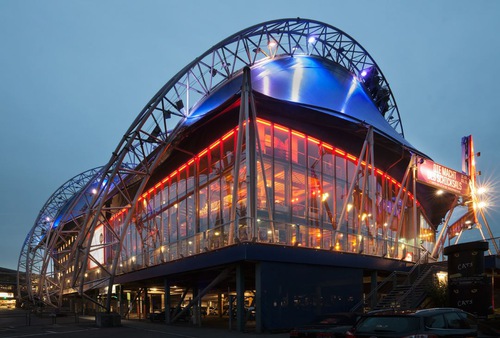 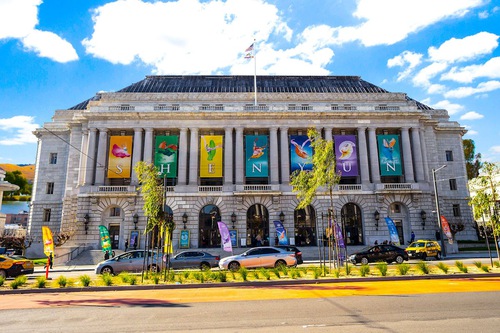 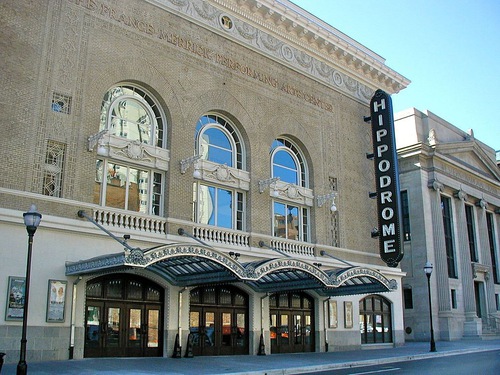 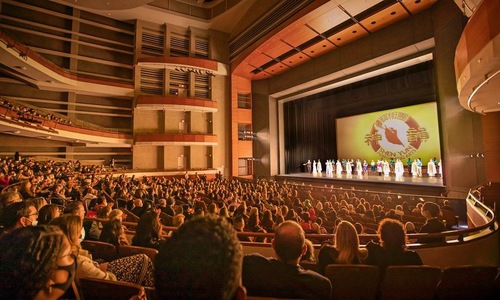 The Shen Yun Touring Company at The Long Center for the Performing Arts in Austin, Texas, on the evening of January 8. The company presented five sold-out performances in Austin from January 7–9. The Sunday evening performance was added two weeks prior to the performances due to high demand. (The Epoch Times) 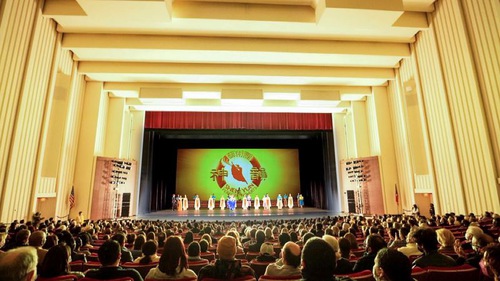 The Shen Yun International Company at the Woodruff Arts Center - Symphony Hall in Atlanta, Georgia, on the evening of January 8. The company gave three performances in Atlanta on January 7 and 8. (NTD Television) 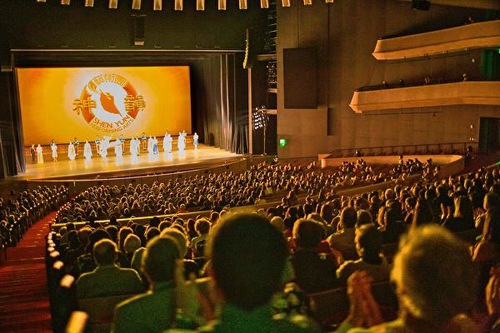 The Shen Yun World Company at the Steven Tanger Center for the Performing Arts in Greensboro, North Carolina, on January 5. The company gave two performances in Greensboro on January 4 and 5. (NTD Television) 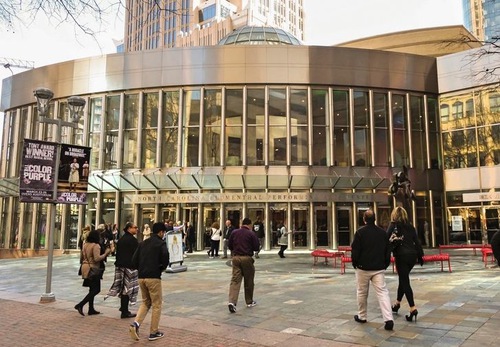 The Shen Yun World Company gave three performances at the Belk Theater at the Blumenthal Performing Arts Center in Charlotte, North Carolina, on January 8 and 9. (The Epoch Times) 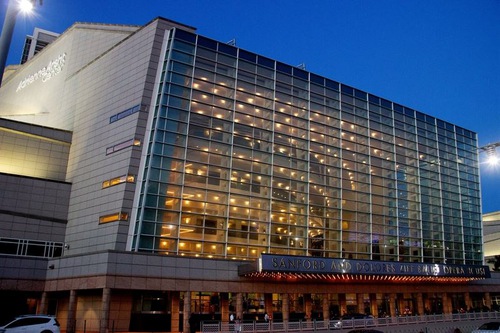 “Takes You to Another Realm” 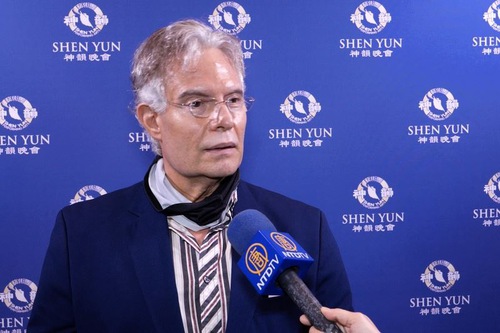 “From a purely artistic standpoint, it’s absolutely gorgeous. But the importance for me, what I think is essential, is the fact of adding the moral aspect with a cultural event like this,” Mr. Shiling said after the performance.

“I like the spiritual message as well, which is very, very needed now. I think post-modernism seeks to promote atheism, to promote materialism. This takes you to another realm,” he said.

“I Can Only Take My Hat Off in Respect” 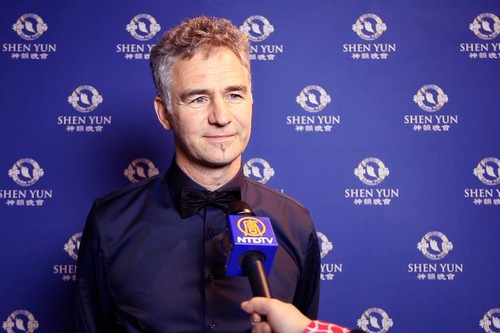 “I think I can judge quite well just how high-quality, how demanding these performances are in terms of the movements, the sequences, and the discipline that is needed to achieve such choreography at this level,” Mr. Lietzow said.

“And, if I understood it correctly, there is also a new program every year, and I think that is very demanding and very admirable work. So it was very beautiful to watch and, yes, I can only take my hat off in respect,” he said.

As someone who has traveled to China a few times, he expressed his support for the artists of Shen Yun as they fulfill their mission to revive true Chinese culture.

“I would say that you can achieve many things today, but if you lose your roots, you are no longer yourself. It’s always this combination of the new and the old... Tradition remains a piece of you, and if you lose it, you can often quickly lose your footing in life.

“The tradition that is represented here is what I associate with roots... which is to say: ‘This is where I come from.’ For me, that’s where many generations have played their part, where they have created something. And if I lose them, then the foundation is missing,” Mr. Lietzow said. 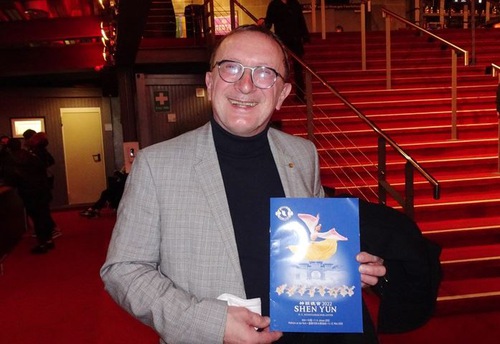 Uwe Mies at the Shen Yun performance in Cologne

“I really enjoyed the show. I’ve never seen such an interactive blend of live performance and dynamic backdrop before. It was great, and the dancers were amazing. It was beautiful,” Mr. Mies said. 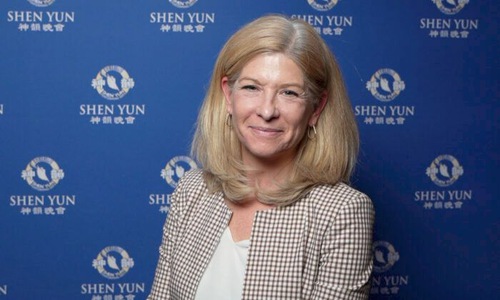 “It was really exceptional. I was really, really blown away. It wasn’t anything that I expected and it was a super, super surprise for a performance,” Ms. Lorenze said.

As a writer and communications expert with 20 years of experience in radio/TV production, she appreciated the technology and choreography incorporated into the production.

“I thought it was so incredible how (Shen Yun) incorporated that into the story and how the characters come alive off the screen and pop up from down below the stage. It was excellent and really well done.

“The artistry in the dances, the costumes, and especially the techniques used for the big screen and animation were inspirational.

“(I was) not only entertained but really inspired and incredibly captivated because the dancers are so exceptional... Their acrobatic movements, and they are so light on their feet. So it was very educational from that perspective,” she said.

The dance that depicted the persecution of Falun Dafa was “incredibly striking and very moving... quite shocking because it’s so real,” Ms. Lorenze said.

“I thought that was incredibly thought-provoking and beautifully presented in terms of its seriousness and yet bringing it across in a very artistic manner. Very well done,” she said.

“Brings a Level of Calmness and Peace” 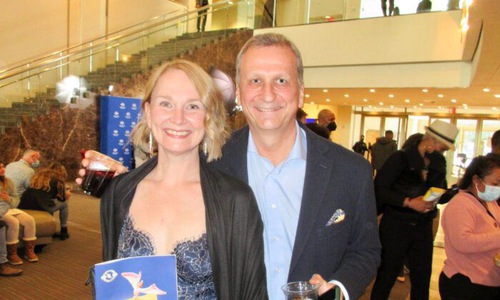 Louise and Tom Carter at the Shen Yun performance in Atlanta, Georgia (The Epoch Times)

Tom, a recently retired CIO from Novelus, a producer of aluminum products, noted how the technology of the backdrop screen was perfectly integrated into the storyline, as were the costumes.

“It looks like a lot of attention was put into the costumes themselves and the fit and finish are perfect. The actresses and actors are just so able to move fluidly in them,” he said.

Ms. Carter, a registered nurse, noted the soothing effect of the vocalists and performers.

“It’s very tranquil. It’s very peaceful. The first songs, in particular, bring such peace. It’s just—just very soothing and amazing. I do feel like it brings a level of calmness and peace about you as you watch it,” she said.

Although not familiar with the music, she connected with the songs. “I guess it’s just bringing some of the traditional melodies and of things that I’m not accustomed to and so being made aware of those and just the gentle nature of the music is very beautiful,” Ms. Carter said.

Mr. Carter liked the inspirational qualities of the singing. “It’s very spiritual. I think it was the soprano, (her singing) was very spiritual.” He said the lyrics urged listeners “to avoid the influences of those who don’t believe in God... and divinity will reign and be with you.”

“My Spirit is Boosted” 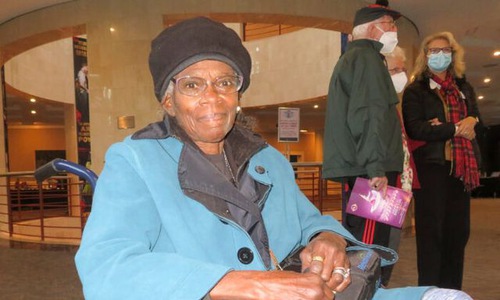 Queen Owl, who saw Shen Yun in Charlotte on January 8, said she had pain in her legs as she was making her way to see Shen Yun. But once she saw the performance, she said her pain disappeared.

“I can’t explain the feeling. It’s just this ‘ooh wow’ feeling, and I think the energy had a lot to do with it... I looked at that amazing art and beauty, and I forgot about (the pain),” she said.

Ms. Owl said she faced some difficulties as she was trying to make her way to the show, including problems with transportation. But she said that, through a “divine force,” she was able to make it to the performance.

“It was meant for me to come here to get that divine touch.

“I don’t know how things pulled together for me to make it here... But some divine force brought everything together and brought me here... and made it possible for me to come out and attend this evening,” she said.

“I’ve never seen anything come close to this... This performance was beautiful.

“This was really awesome. My spirit is boosted... The energy was there,” she said. 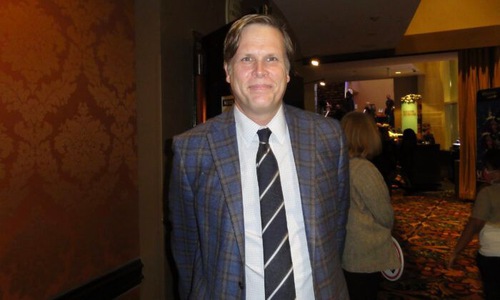 Chris Harris, a professor at the John Hopkins Carey Business School, saw Shen Yun in Baltimore on January 7. He said that Shen Yun is a beautiful testament to traditional Chinese culture, a culture that should be celebrated.

“It’s spectacular,” Mr. Harris said, adding that with such a long history, traditional Chinese culture should not be forgotten.

“Human beings are more than just numbers... We are spiritual beings, so it’s important for us to celebrate our... spiritual self,” he said.

Mr. Harris felt that the performers’ expression of their heritage and their quest for “self-discovery” was very uplifting. “The performers are projecting such positive energy,” he said.

The entire show was overwhelming, he added, noting the exceptional athletic ability of the dancers.

“Two Jilin Residents Imprisoned to Serve Time for Their Faith”