(Minghui.org) Thirteen Nong’an County, Jilin Province residents were sentenced to 1.5 to 10 years for their faith in Falun Gong. Two of them, Mr. Zhang Jingyuan and Mr. Shan Weihe, were taken to the Gongzhuling Prison on January 6, 2022 to serve 2 and 6 years, respectively. 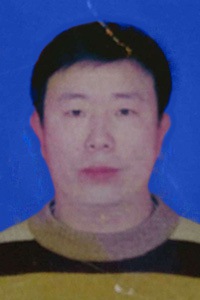 Mr. Zhang, a 48-year-old elementary school teacher, and Mr. Shan, 55, were arrested with the other eleven practitioners on July 15, 2020. They, along with all other male practitioners, were held at the Dehui Detention Center for a month, before being transferred to the Nongan County Detention Center. Mr. Shan, 56, was interrogated at the police station. He became emaciated due to the abuse in the detention center.

Mr. Zhang’s arrest dealt a heavy blow to his elderly parents, especially his ailing mother. In the first few months, she cried almost every night and couldn’t sleep. Every day she moves to the back of her house with crutches and stares at the entrance of the village, hoping for the early return of her son.

The thirteen practitioners were tried by the Dehui City Court on April 9, 2021 and sentenced to prison on July 26. Judge Wang Rongfu blocked their lawyers from reviewing their case documents or representing them in court, citing a secret document that demands that the lawyers present letters showing they didn’t practice Falun Gong. The practitioners appealed with the Changchun City Intermediate Court, which ruled to uphold their verdicts in late November 2021.

More persecution account about Mr. Zhang has been detailed in an earlier report: “Elementary School Teacher Tried for His Faith after Nine Months in Custody.”

Below are more related reports about the group arrest and sentencing:

Thirteen Jilin Residents’ Appeals Against Wrongful Sentences Rejected, One of Them in a Coma in Critical Condition

Husband Pleads for Wife’s Release in an Open Letter

“Audiences Express Their Appreciation as Seven Shen Yun Touring Companies Perform in Nine Cities in the U.S. and Germany”