(Minghui.org) The Chengdu City Women’s Prison in Sichuan Province has been torturing and trying to force Falun Gong practitioners to renounce their belief since the onset of the persecution of Falun Gong in 1999. The practitioners who uphold their faith would face intensive brainwashing and physical torture such as long hours of standing, sitting, and freezing.

In addition to physical torture, the prison also inflicted mental torture on practitioners. They were forced to watch videos or read newspapers that slander Falun Gong and its founder. These were attempts made to break down and destroy practitioners' willpower.

Even after the practitioners are forced to give up their faith, it’s not the end of the persecution, as the guards would continue to demand they write eight “thought reports” every month, stating how thoroughly and firmly they were determined to stop practicing Falun Gong. Those deemed not resolute enough to break away from Falun Gong would be subjected to more abuses.

In the beginning, the guards attempted to force Ms. Tang to write the statements renouncing her belief in Falun Gong but failed. Then, several inmates wrote these statements on her behalf and forced her to mark her fingerprints on them.

As Ms. Tang still refused to give up her faith, the guards began to torture her. She was forced to stand still without moving from 6:20 a.m. until midnight continuously for 56 days. The inmates kept an eye on her while she was standing. If she moved even the slightest bit, they beat her with rolled magazines and poked her hands with the tip of a pen.

During these 56 days, the chief guard prohibited Ms. Tang's cellmates from lending her any toilet paper.

Beginning in mid-January 2019, the guards inflicted more pain on Ms. Tang by using a new method of torture. She was forced to sit upright on a small, palm-sized stool that was only four inches high, without moving from morning until nighttime. The guards also forced her to put her hands on her knees while sitting. 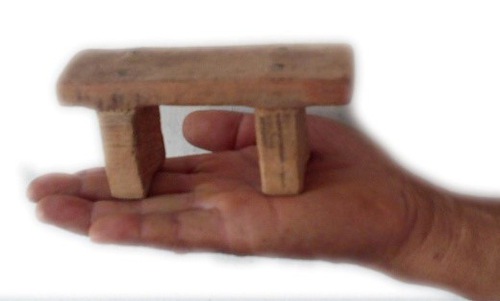 Despite the cold weather, the guards didn’t allow Ms. Tang to wear a jacket or other warm clothes. In February, a guard named Lei Mengying in charge of “transforming” Ms. Tang extended the duration of her sitting torture. Any tiny movement would lead to an inmate pouring cold water on Ms. Tang.

“Another Encounter with a Plague God”