New Year Greetings from Practitioners Who Expose the Persecution in China

Based on the principles of Truthfulness-Compassion-Forbearance, the peaceful cultivation practice of Falun Dafa has improved practitioners' minds and bodies while benefiting society in general. After the Chinese Communist Party (CCP) began to suppress the group in 1999, however, the regime mobilized its entire nationwide apparatus to defame and persecute Dafa practitioners. Sadly, the CCP's hate propaganda has poisoned a large number of people. In response, Falun Dafa practitioners have been actively clarifying the truth to tell people what Falun Dafa truly is and to expose the persecution – the brutality of which is often carried out away from the public eye.

Through the consistent effort of practitioners, many officials and ordinary citizens have learned the facts about Falun Dafa, and many have stopped participating in the persecution.

The following is a sampling of greetings sent in from practitioners who raise awareness of the persecution.

Snow continues as we walk out the door, clarifying lies people have heard before; Assisting Master saving people is our mission, for people to reject the CCP and choose their position. Dafa teachings purify practitioners and bring hope to every nation,we all thank Master for his compassionate salvation.

A practitioner from a truth-clarification materials production site in Fushun City, Liaoning Province, said that they used to only print pamphlets but now they are able to produce all kinds of materials that debunk the CCP's defamatory propaganda. Furthermore, they also support other materials production sites with purchasing consumables, shipping materials, and equipment maintenance. “We know that this cannot happen without Master's compassionate care,” the practitioners wrote. “That is why we will strive to do better so that more people can find hope in life.” [Editor's note: the use of the term “Master” in Chinese culture is often used as a sign of respect for an honored teacher.]

The Red Terror and lies have left people in misery and anxiety,as Master compassionately introduced Dafa to the society;With courage and wisdom from Fa teachings we have firmly stood,we clarify the CCP's lies and call for the common good. Rainstorm and snow only made us strong, as Master has cared for us all along; Awakened by facts and saying no to the CCP, people are blessed for the future with happiness and long life.Across the ocean we wish Master a Happy New Year,hoping for the day that our reunion will draw near;Fulfilling the vow of saving people,we practitioners reach consummation and return with Master.

A practitioner in Shijiazhuang City, Hebei Province, said that her city had just been placed under lockdown for a month due to the coronavirus. “Nonetheless I was able to distribute materials in the community and tell people about Dafa and the persecution,” she wrote. She said that the teachings of Falun Dafa helped her to cope with these challenges and uncertainties. “And I really want to thank Master Li for everything,” she added.

Practitioners from a truth-clarification materials production site in Tianmen City, Hubei Province said they have remained firm in their faith in Dafa and Master despite the harsh persecution. Since the site was established over 20 years ago, they have been persevering in informing people of the importance of Truthfulness-Compassion-Forbearance as well as the CCP's brutal suppression. “We know that none of this would be possible without Master's compassionate care,” they wrote. “Thank you very much Master Li and Happy New Year!” 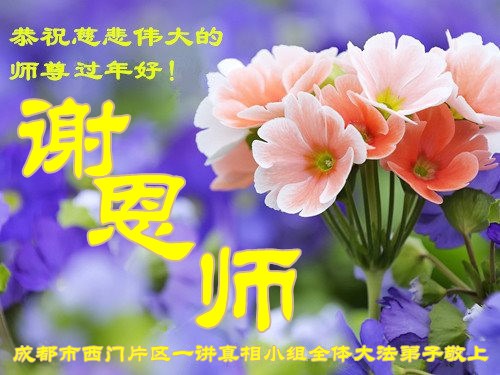 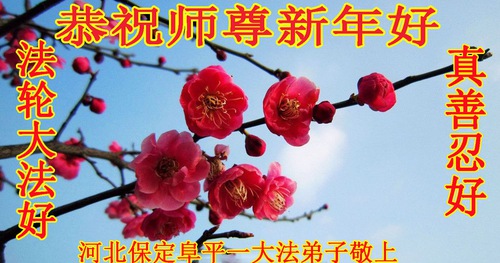 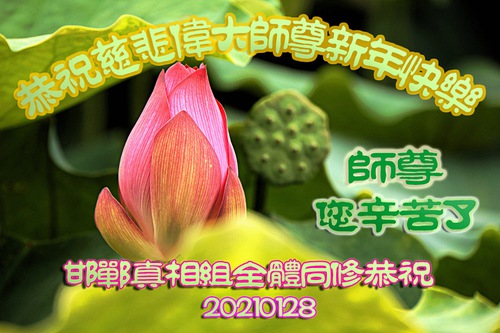 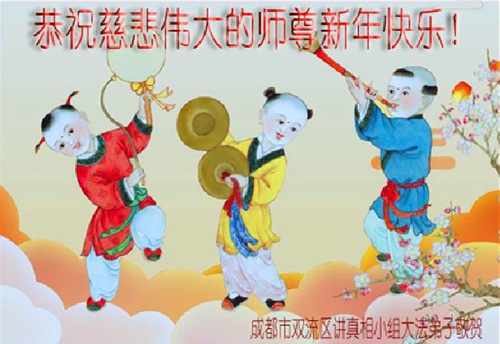 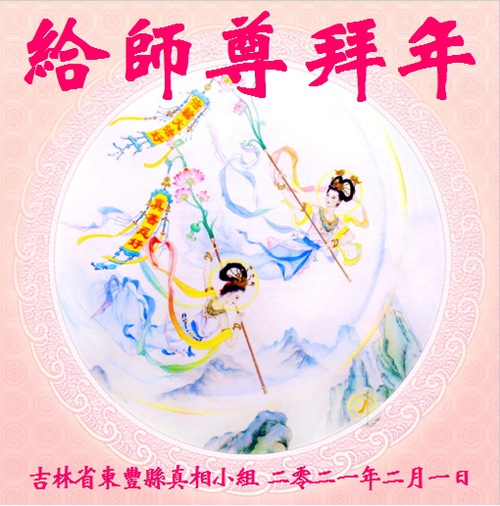 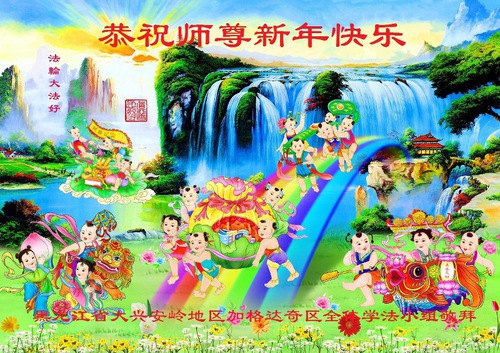 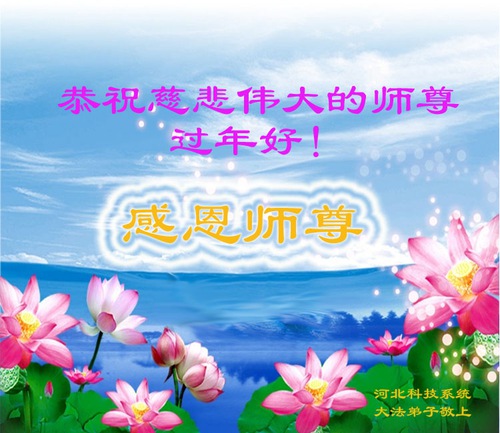 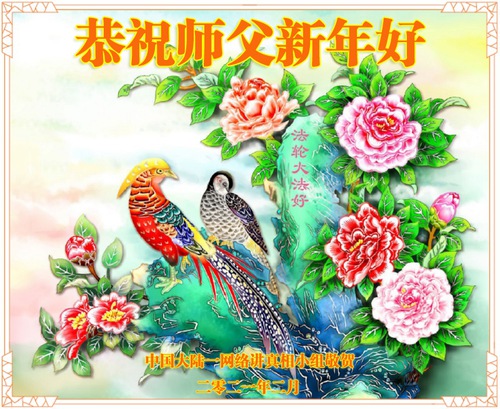 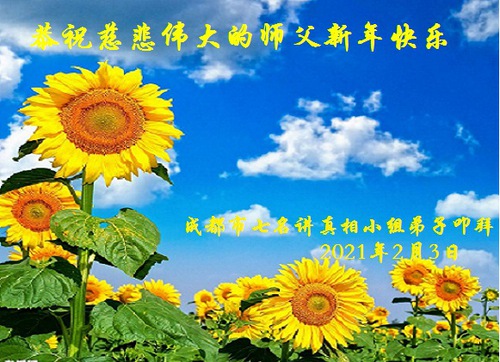 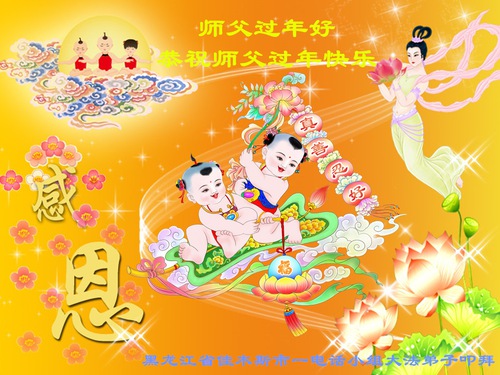 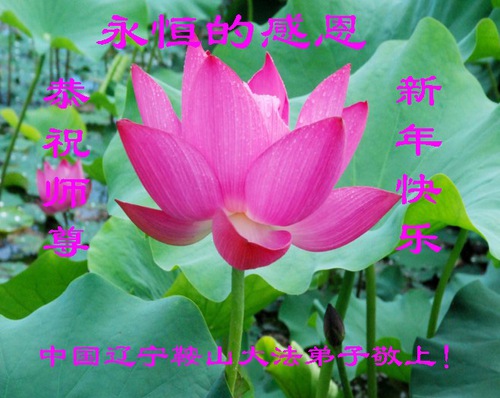 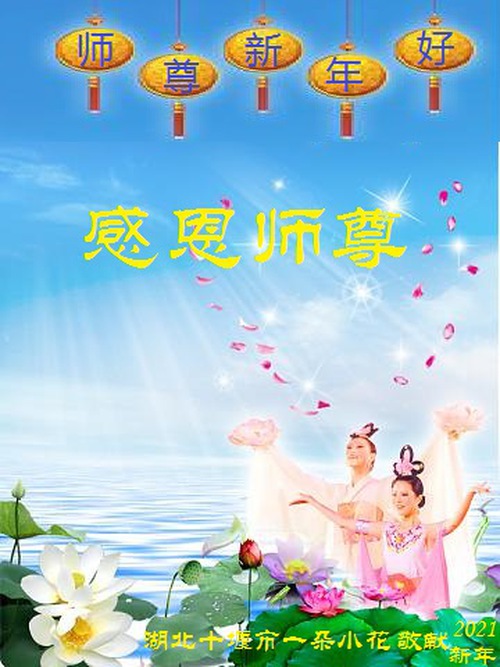 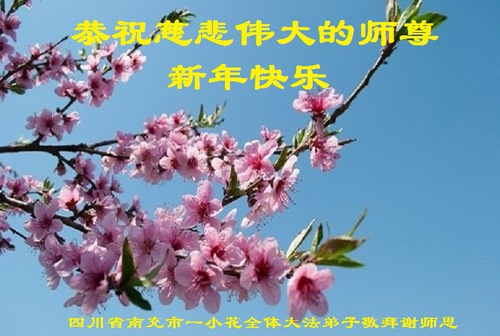 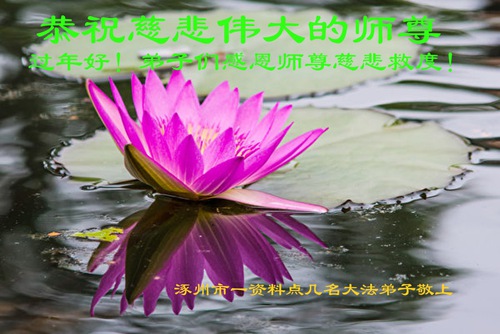 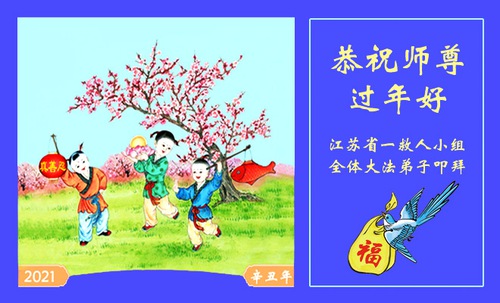