Bedridden from Persecution in His 30s, Sichuan Man Dies After Enduring 12 Years of Misery

(Minghui.org) A 46-year-old man in Yibin City, Sichuan Province passed away on January 16, 2021, after being bedridden for 12 years. Mr. Liao Chuanjiang became paralyzed due to torture and abuse suffered in custody for his faith in Falun Gong.

Mr. Liao used to work at Sanjiang Machinery Factory. He took up Falun Gong in September 1994.

For talking to a local official about the persecution of Falun Gong, Mr. Liao was reported and arrested on December 4, 2005. While being held at the local detention center, he was given one year of forced labor. Because he filed an administrative motion for the authorities to reconsider his case, he was tortured on a regular basis for six months. The guards also starved him, which caused him to faint due to hunger. 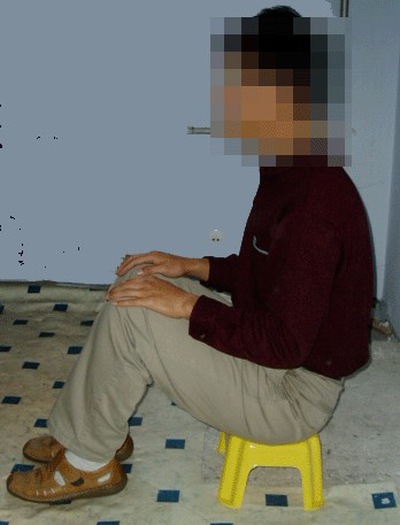 After he was transferred to the Xinhua Forced Labor Camp, Mr. Liao was forced to sit on a small stool without moving, or stand and squat for long hours. The guards deprived him of sleep and sometimes beat him at night. He was also forced to do intensive unpaid labor.

Mr. Liao had a very bad cough after being released. Six months later, he was arrested again and taken to the brainwashing center in the Jinshajiang Hotel. As he resisted going, the guards carried him there.

At the brainwashing center, Mr. Liao was savagely beaten for refusing to watch the propaganda videos or listen to the lectures slandering Falun Gong. After he held a hunger strike to protest the persecution, the guards held him and took his blood sample. He became very weak and was released six days later.

After that, Mr. Liao developed a chronic cough and had symptoms of tuberculosis. One day after work in 2009, he fell into a coma. After that, he became paralyzed from the waist down. He became incontinent, and the muscles in his legs atrophied.

The persecution of Mr. Liao dealt a heavy blow to his parents, who both passed away within seven years. Mr. Liao's brother took care of him and delivered food to him every day. After spending 12 miserable years bedridden, Mr. Liao passed away.

“Hong Kong Watch Co-founder: Darkness Will Engulf Us If We Fail to Respond to the CCP’s Human Rights Tragedy”