Hong Kong Watch Co-founder: Darkness Will Engulf Us If We Fail to Respond to the CCP’s Human Rights Tragedy

(Minghui.org) In an online webinar hosted by the Canadian think tank Macdonald-Laurier Institute on January 14, 2021, titled “A Way Forward, Part II - Defending Human Rights in China,” government officials and human rights activists from the U.S., European Parliament, the U.K., Hong Kong and Canada shared their thoughts on how to respond to the Chinese Communist Party's (CCP) human rights violations.

Most of the speakers agreed that the international community has recognized the failed foreign policy to change the notorious human rights conditions in China through economic trade. Now, with its enormous economic and political power, the CCP has become the biggest threat to world peace, security and human rights. Its persecutions at home have already been deemed as genocide and crimes against humanity. The speakers believe that it’s imperative for Western countries and political parties to work together to address the human rights violations and the threat posed by the CCP.

Benedict Rogers, co-founder and chief executive of Hong Kong Watch, Deputy Chairman of the Conservative Party Human Rights Commission in the U.K. and also the co-chair of the “Hong Kong – A Way Forward” webinar, further pointed out that the CCP is one of the key challenges the world is facing today. 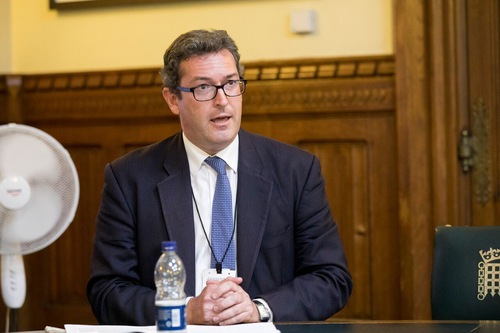 A Repressive Regime Whose Words Cannot Be Trusted

Mr. Rogers started his talk with the situation in Hong Kong. He noted that that the dismantling of Hong Kong's freedom, autonomy, and the rule of law, has turned Hong Kong, which was once one of Asia's most open cities, into a closed, repressive territory.

He said that the CCP’s flagrant breach of the Sino-British joint declaration is a wake up call for the free world and also provides a glimpse into the real character of the Chinese Communist Party, “a regime that has become increasingly and more intensely repressive over the last decade and one of whose words cannot be trusted.”

In the past 6 months since the imposition of the draconian national security law in Hong Kong, there is almost no freedom left there. The CCP has not only targeted the protesters, but also came after the judiciary, religious freedom, and civil society. There have been activists arrested every week in Hong Kong. On January 6, 53 pro-democracy legislators, former legislators, candidates, and activists were arrested in one go for the simple crime of having conducted a primary election to choose their candidates last summer. As Mr. Rogers was recording the webinar on January 11, more arrests were made in Hong Kong.

He pointed out that what is happening in Hong Kong is “just a fraction of the atrocious human rights crackdown.” As his new report The Darkness Deepens has detailed, suppression and human rights violations are happening throughout China, and the persecution of minority groups there has been increasingly recognized as a genocide.

Mr. Rogers also remarked that the persecution of Christians can be described as the worst campaign since the Cultural Revolution. At the same time, the repression of Tibetans and Falun Gong practitioners is intensifying. There are also the forced organ harvesting, the development of the surveillance state, the crackdown on human rights defenders, civil society, citizen journalists, whistleblowers, and any form of dissent.

As the main contributor of the report The Darkness Deepens, Mr. Rogers said that this report “ought to be a report that should be of interest to people regardless of party politics. It’s not a political report, it's a human rights report.”

He said that the report calls on the democratic world to unite and stand up against the CCP’s “increasing repression at home and aggression beyond its borders.” The report also sets out a range of recommendations, calling for a long overdue response to the “brutality, inhumanity, insecurity, and criminality of the Chinese Communist Party regime.”

Mr. Rogers added, “If we continue to appease and kowtow to, and fail to act in response to this human rights tragedy, then the darkness will continue to deepen and it will engulf us as well sooner or later.”

He believes the free world needs to stand together. That doesn't necessarily mean conformity, as there can be room for a diversity of approaches, but he thinks the “free world needs to coordinate and be seen to be standing together in defense of these values.”

“Bedridden from Persecution in His 30s, Sichuan Man Dies After Enduring 12 Years of Misery”