(Minghui.org) As the 2022 Winter Olympics approaches, several U.S. Congress members are calling for actions to stop the forced organ harvesting being committed by the Chinese Communist Party (CCP).

During the Congress press conference on November 18, U.S. Senator Tom Cotton listed a series of crimes committed by the CCP, including suppression of religious and minority groups. As an example, organs were harvested from these victim groups. 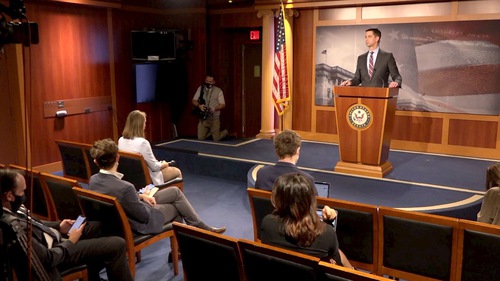 This is not the first time that Cotton, who serves on the Intelligence Committee, has voiced concerns about the CCP’s organ harvesting crime. In December 2020, Cotton introduced a bipartisan resolution titled the “Stop Forced Organ Harvesting Act” with Congressmen Chris Smith (R-New Jersey) and Tom Suozzi (D-New York). Senator Chris Coons (D-Delaware) and Representative Vicky Hartzler (R-Missouri) also joined the effort in March 2021.

Cotton remarked, “There is growing evidence that the Chinese Communist Party has and continues to harvest organs from persecuted religious groups, prisoners of conscience, and inmates. This bill will identify and punish CCP members involved in forced organ harvesting. It’s past time to hold Beijing accountable for these heinous acts.” 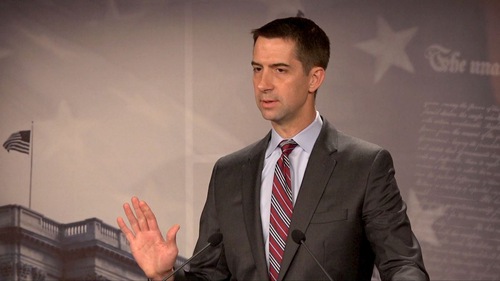 Cotton talked about forced organ harvesting by the CCP.

Enes Kanter, a player from the National Basketball Association, posted on Twitter on November 16 protesting against the CCP’s organ harvesting. 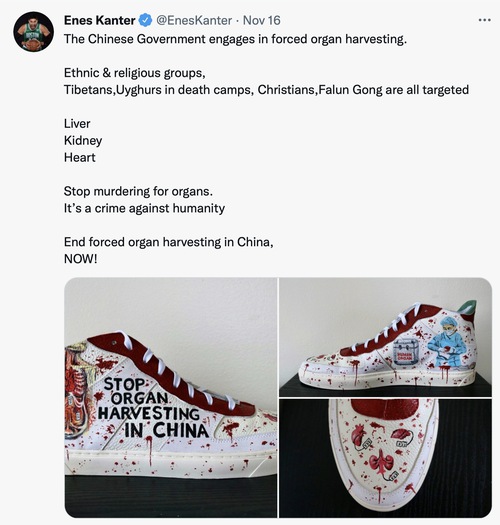 Post from Enes Kanter, a player from the National Basketball Association, on November 16, 2021

Representative Dan Newhouse from Washington supported Kanter and praised his open voice against the brutality in China. He said Kanter was very courageous to take such action. As a nation, we support these values and NBA should do the same. 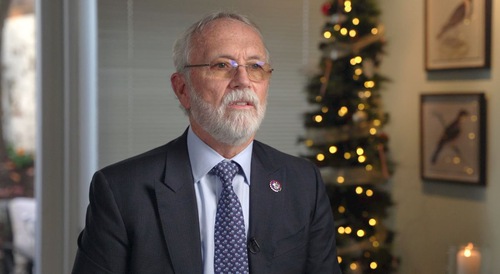 As a co-sponsor of the resolution “Stop Forced Organ Harvesting Act,” Newhouse said a strong position is needed for a totalitarian regime like the CCP.

One will either support human rights or not, and there is no middle ground, he explained. American companies should take the lead to ensure human rights are protected. This is a basic and important step, he said.