(Minghui.org) Since the persecution of Falun Gong started in 1999, the authorities in Wuhan City, Hubei Province have been actively participating in the persecution, especially in hosting brainwashing sessions against the practitioners.

In a new bid to eradicate Falun Gong, Wuhan has added 10 brainwashing centers since the beginning of 2021. Between January and September 2021, at least 71 practitioners were detained and tortured across the 10 centers.

The brainwashing sessions were ordered by the Political and Legal Affairs Committee and 610 Office, two agencies tasked with overseeing the persecution, with local police officers and residential committee staff members assisting in the arrests.

Etouwan Brainwashing Center in Qiaokou District is one of the leading brainwashing centers in the city. It has a long history of detaining and torturing Falun Gong practitioners.

Since January 2021, the Etouwan Brainwashing Center has held three brainwashing sessions. At least 12 practitioners were taken there and subjected to brainwashing aimed to force them to renounce their faith. Three of them remain incarcerated at the time of writing.

Ms. Xu Lai, in her 70s, was arrested on October 13, 2021, for talking to people about Falun Gong near a hospital. This is the third time that she has been held at the Etouwan Brainwashing Center. 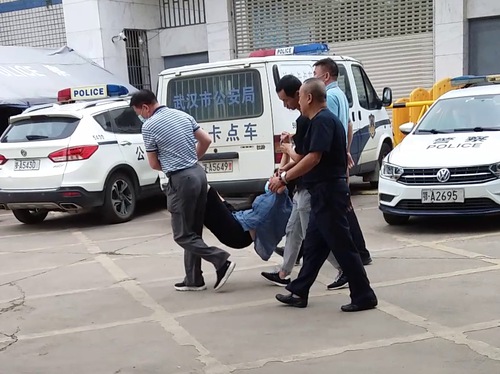 Ms. Zhang Meirong was arrested at home on September 7, 2021. Similar to Ms. Zhou, the police took her to the brainwashing center after her 15-day detention expired.

“Vows Should Not Be Taken Lightly”