(Minghui.org) Falun Dafa practitioners in Paris held activities at the Place de la République, Chinatown, and the Centquatre on December 26, 2020, and January 3, 2021. They did the exercises, talked to people about the benefits of the practice and the Chinese Communist Party's (CCP) 21-year persecution of Dafa, and collected signatures on a petition calling for an end to the CCP. Several people signed the petition and many showed great interest in learning Falun Dafa. Some learned the exercises on site during the events. 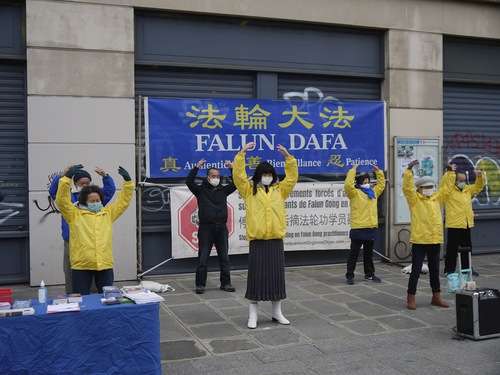 Practitioners demonstrate the Falun Dafa exercises on December 26, 2020 in Paris. 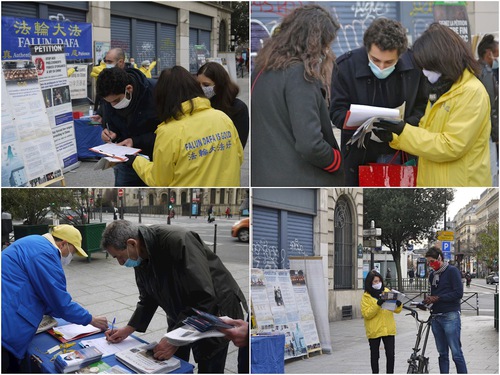 People in Paris sign a petition calling for an end to the CCP.

Local resident Franck said that he was a Buddhist and was disturbed by the persecution of people who practice Falun Dafa's principles of Truthfulness-Compassion-Forbearance. “The Chinese Communist Party has destroyed the spirit of China and the spirit of the Chinese people. It’s a dictatorship—an extreme, autocratic system. Like a machine without any brakes, it’s out of control and dangerous,” he said. He wishes for a new year without any persecution anywhere on earth and hopes that all people will regain their sense of peace and trust. 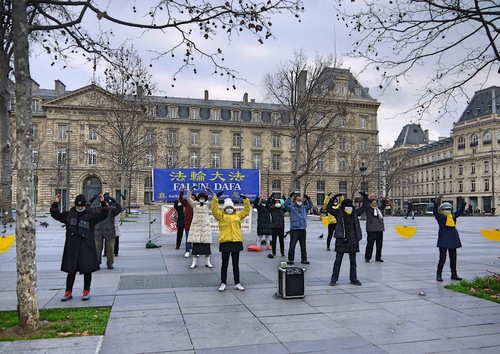 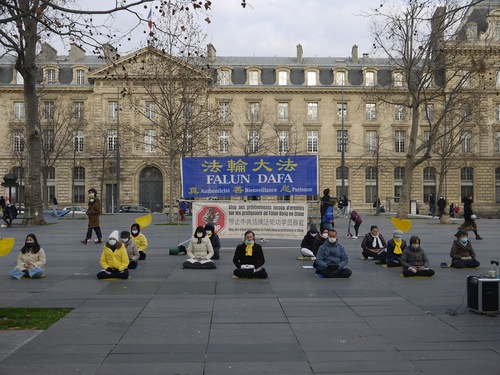 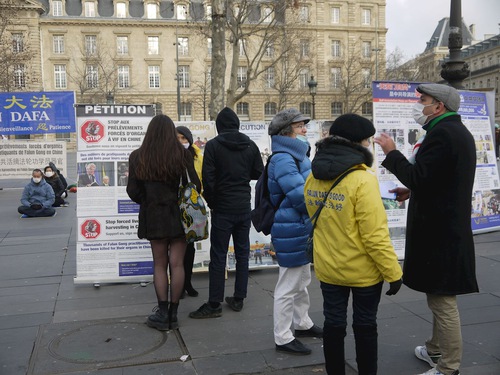 Passersby stop to find out more about Falun Dafa and the persecution.

Jean-Jacques, a Parisian, said that he'd traveled around the world and worked with Chinese colleagues in China. He said, “The Chinese people are nice and pleasant to work with. They have a lot of culture, but their culture has been suppressed by totalitarianism. People’s thoughts have been restrained.” 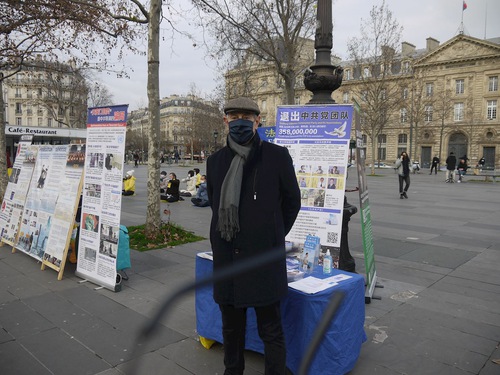 Jean-Jacques signed the petition calling for the end of the CCP.

Jean-Jacques signed the petition and said, “The Chinese Communist Party is creating a system of self-destruction. It’s for sure, because a regime without individuals’ freedom won’t last, as it never has in history. It may last dozens of years, but will collapse eventually. The people will realize that the regime doesn’t meet their needs for individualism and privacy.” He has confidence that people will see this more and more clearly as Falun Dafa practitioners continue to clarify the truth.

El Handouz Mohamed, chair of a human rights association, recorded the practitioners’ meditation and their activities to expose the CCP’s crime of harvesting organs from living practitioners. He was shaken by the CCP’s atrocities and remarked that communism was a repressive, totalitarian system. “I’ll do my best to spread these videos as far as I can. It’s important to let other ethnic groups know about it, and let the whole world get the information,” he said. He planned to keep in touch with practitioners and encouraged them to keep striving for freedom in China.