68-year-old Woman Sentenced to 2.5 Years for Her Faith

(Minghui.org) Ms. Zheng Yingying, from Guangzhou City, Guangdong Province, was recently sentenced to a 2.5 year prison term for her faith in Falun Gong, a spiritual discipline that has been persecuted by the Chinese communist regime since 1999. 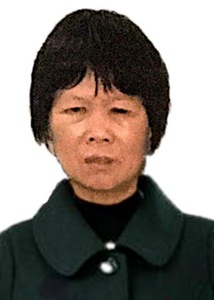 Ms. Zheng Yingying is a 68-year-old retired beer company employee. She was arrested on March 31, 2020, at a bus station, after police who were checking passenger IDs found banknotes printed with information about Falun Gong in her purse. Her younger sister, Ms. Zheng Yingzhu, 63, who was with her, was also arrested.

With strict information censorship in China, many Falun Gong practitioners are using creative ways to spread information about the persecution, including printing messages on banknotes.

Ms. Zheng Yingying was indicted in late July, while her sister’s case was dismissed. Ms. Zheng Yingzhu was released on October 14, after 6.5 months of detention.

Ms. Zheng Yingying was tried by the Liwan District Court on November 10. Her 300 banknotes printed with information about Falun Gong were listed as prosecution evidence against her.

The judge sentenced her to 2.5 years with a 5,000 yuan fine on December 29. She is now appealing the verdict.

Prior to her latest prison term, Ms. Zheng Yingying served one year of forced labor in 2008 for practicing Falun Gong.

“Changes Brought by Learning the Truth of Falun Dafa”