(Minghui.org) As the world rang in 2021, many people in China sent in their heartfelt greetings to Master Li Hongzhi, the founder of Falun Dafa, thanking him for blessing them with good health and happy lives.

These supporters of Falun Dafa do not practice Falun Dafa themselves but often have family members and/or friends that do. They have come to see the goodness of Falun Dafa through the practitioners around them and identify with Falun Dafa's principles of Truthfulness-Compassion-Forbearance. Their support of Falun Dafa in turn has brought them blessings.

A family in Wushe County, Henan Province, wrote, “Dafa Master, we are family members of one of your disciples. We often read truth-clarification materials and understand that Dafa has been spread far and wide. We have also felt your compassion in our family. For instance, one of us had colon cancer cured after reciting ‘Falun Dafa is good, Truthfulness-Compassion-Forbearance is good.’ Another one of us averted danger in a car accident. We thank you, we miss you, and we long to meet you soon!”

A family of four in the Fangshan District of Beijing thanked Master for spreading the way of the cosmos and saving sentient beings. They wrote, “We will always be on your side and support Falun Dafa disciples.”

A woman in Suihua City, Heilongjiang Province, recounted how Falun Dafa saved her loved ones. Her younger brother had several car accidents but escaped injury each and every time. Her older daughter was also totally fine after a car accident. Her younger daughter had cerebral palsy but is now stabilized. Her grandson had a brain tumor. The few children who had the same symptoms and were in the same ward as he all died. He survived and is now totally healthy. He’s attending school without any trouble and is excelling academically.

A family in Jixian County, Heilongjiang Province, also greatly benefited from Falun Dafa. One person had psoriasis and found no cure after spending a fortune. He then listened to Master's audio lectures. His symptoms were gone in less than two months. An 86-year-old family member had a slipped disc and became paralyzed. She kept reciting “Falun Dafa is good, Truthfulness-Compassion-Forbearance is good” and can now walk by herself. A third family member, in his 20s, was diagnosed with diabetes. He lost hope but totally recovered two months after he began doing the Falun Dafa exercises and studying the teachings.

A Beijing man said he had pain all over in 2020 and even cutting vegetables was torture. His wife, a practitioner, reminded him to recite “Falun Dafa is good, Truthfulness-Compassion-Forbearance is good.” He heeded the advice and the pain subsided.

A Chongqing resident wrote that he hit a rock while riding his electric bike to work one day. Both he and his bike were thrown quite a distance. But he suffered no injuries and his bike was not damaged at all. He knew that Master had protected him.

A woman in Shandong Province was diagnosed with acute leukemia in the summer of 2020. The hospital told her to spend her final days at home. She was devastated but then remembered what a Dafa disciple told her about reciting “Falun Dafa is good, Truthfulness-Compassion-Forbearance is good” when in danger. She started reciting the phrases and got stronger and stronger. She has now completely recovered.

A family in Zhaoyuan City, Shandong Province, shared their positive experiences with Falun Dafa, too. The matriarch in the family is in her 80s. She still has good vision and can read books. She also helps with household chores. Her sons thank Master Li for giving their mother such good health.

In addition to the above, greetings were also received from supporters of Falun Dafa in the following regions: 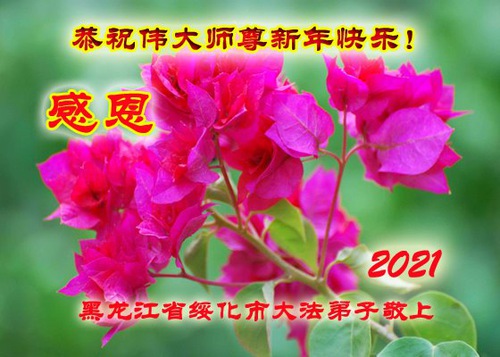 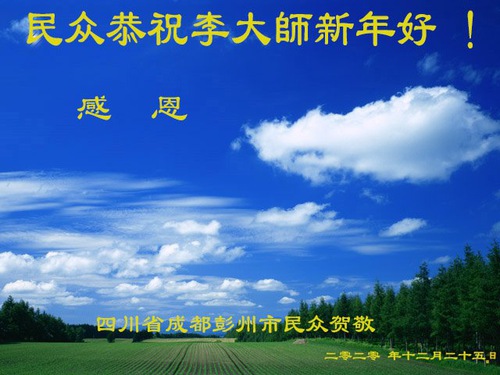 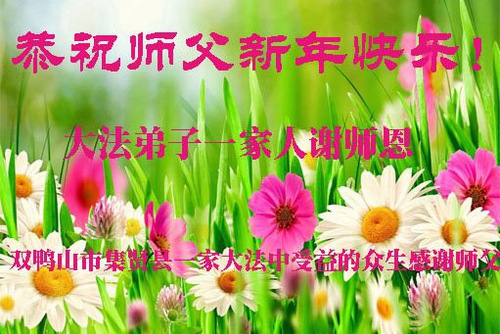 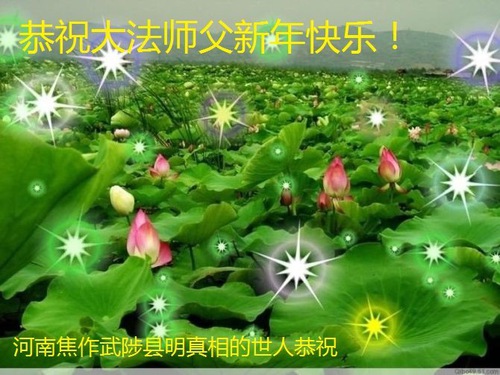 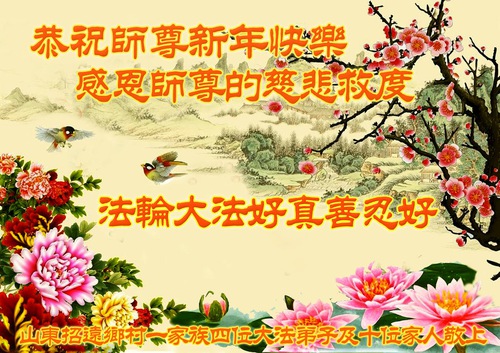 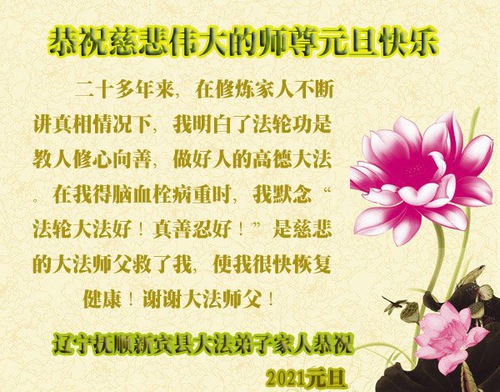 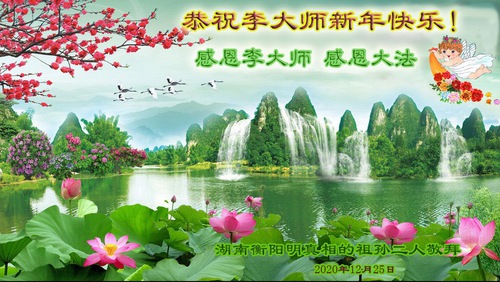 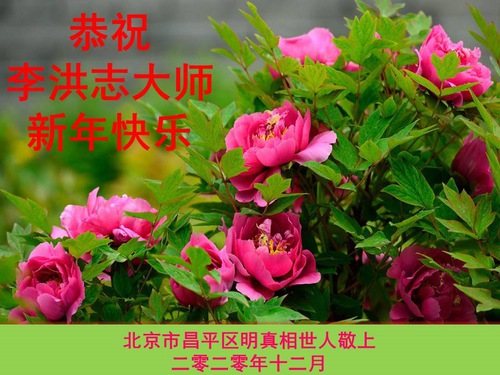 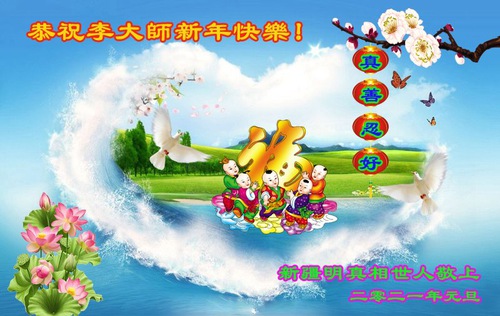 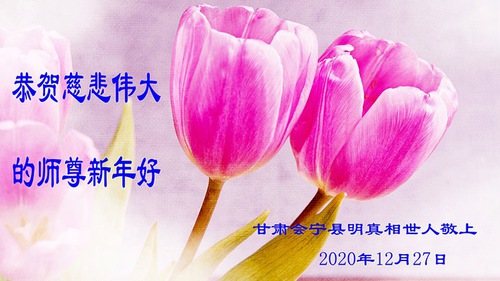 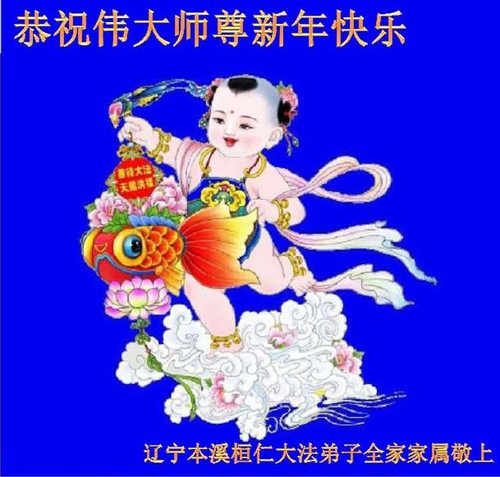 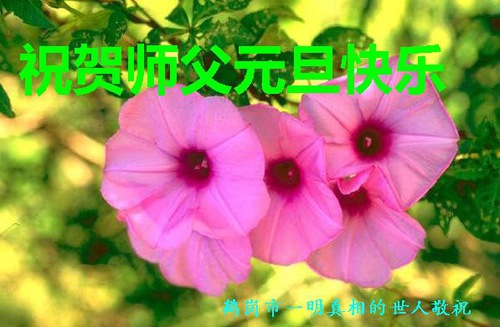 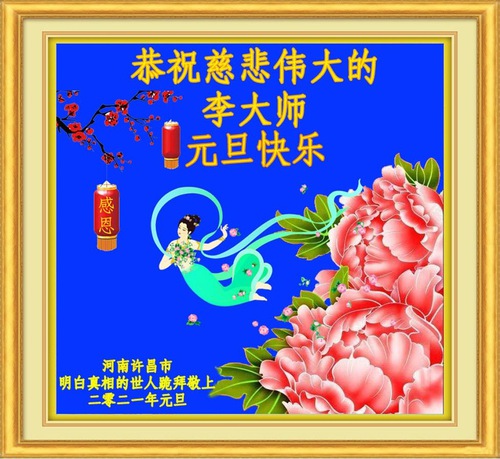 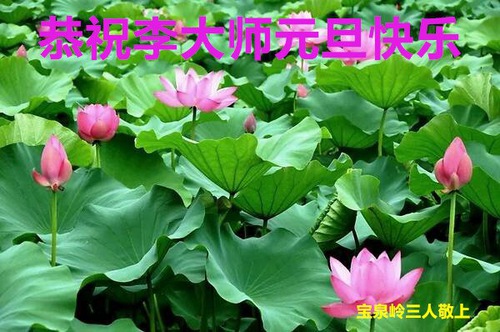 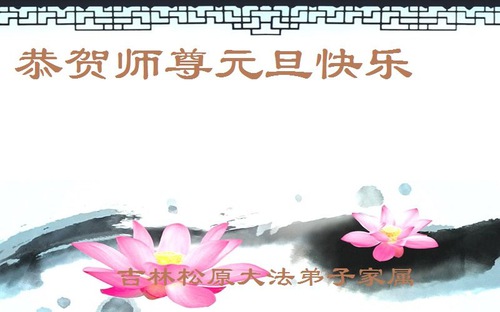 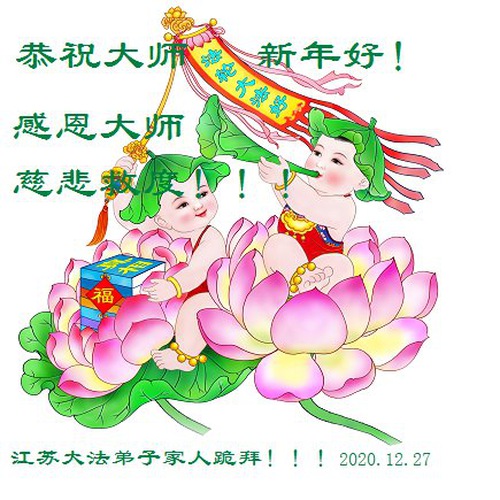 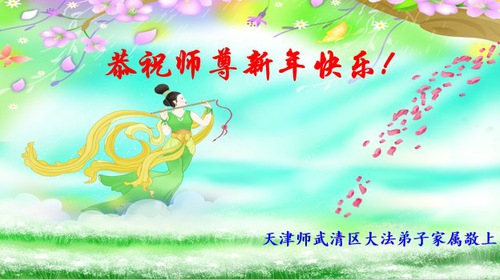 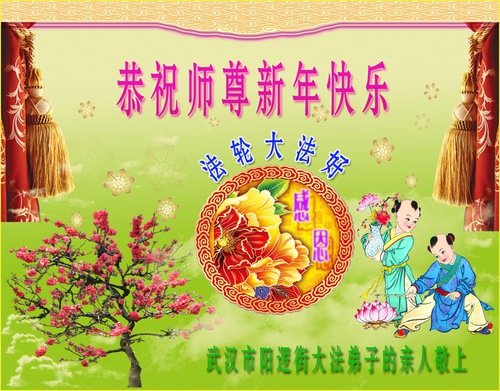 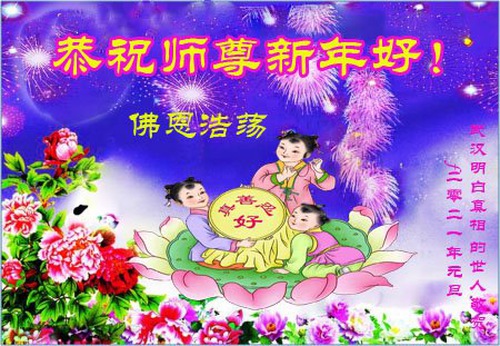 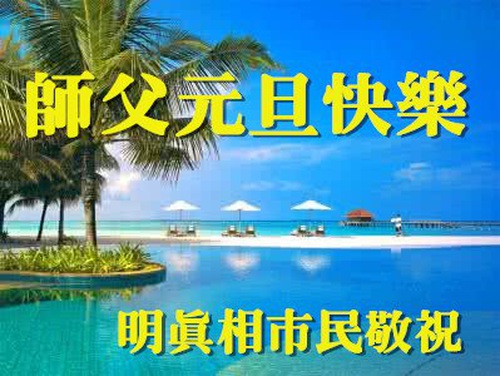