Toronto: Children and Teachers Learn from Each Other During Minghui Summer Camp

(Minghui.org) The Toronto Minghui School held its 8-week summer camp from July 6 to August 28, 2020. Teachers and students said it was extremely fortunate that the event went ahead despite the coronavirus pandemic and that they felt they gained a lot from participating in it. A 10-year-old Falun Dafa practitioner said, “This environment reminds me of what it means to be a practitioner. Thank you Master for giving me such a wonderful opportunity.”

Children between the ages of 2.5 and 13 participated. Besides studying the Falun Dafa teachings and doing the exercises, the upper-class students, 10 to 13, memorized Zhuan Falun, the main book of Falun Dafa. There were also classes for traditional Chinese dance, art, calligraphy, painting, crafts, and so on.

This year, the school invited Jin Xuezhe, a practitioner who participated in the interception of TV signals in Changchun to counter the persecution of Falun Gong and the sole survivor of the incident, to share his story with students. Every child listened attentively. 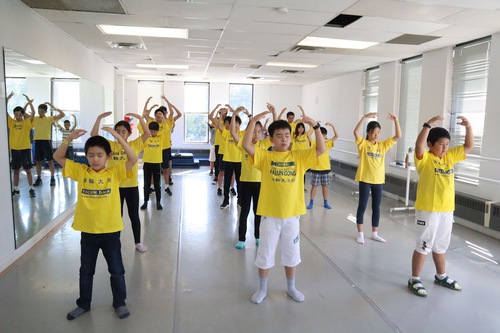 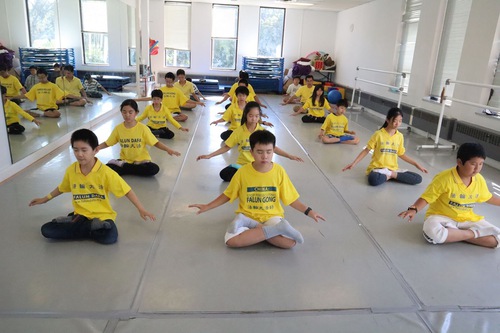 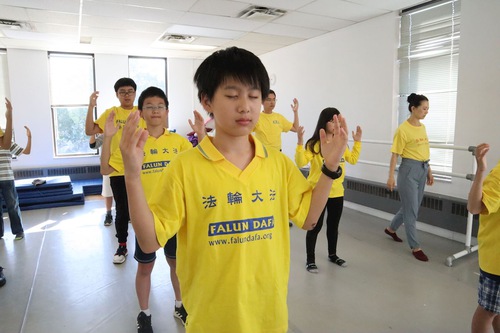 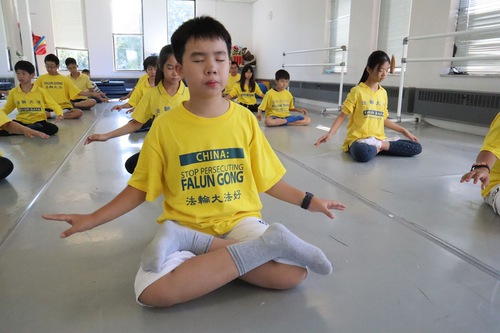 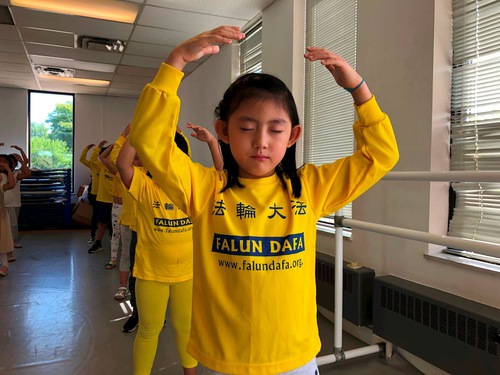 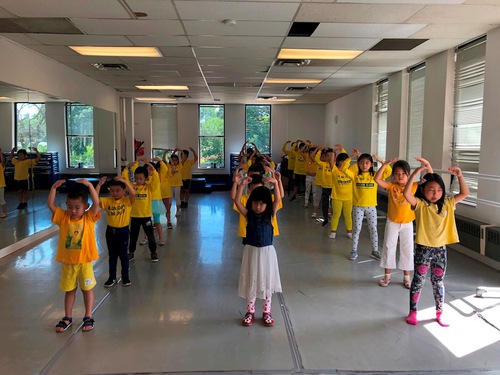 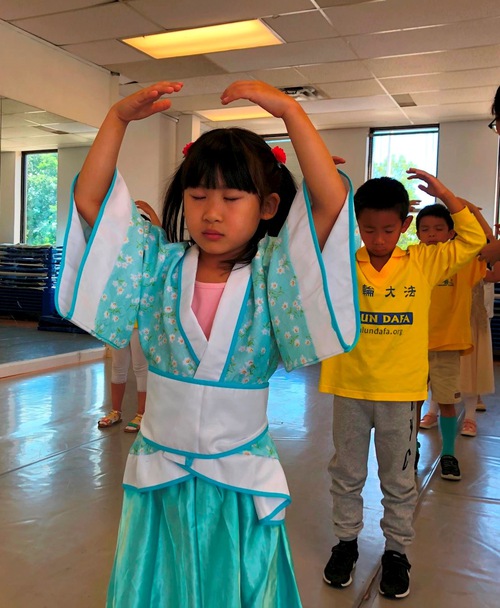 Young practitioners do the Falun Dafa exercises together during the 2020 Minghui Summer Camp. 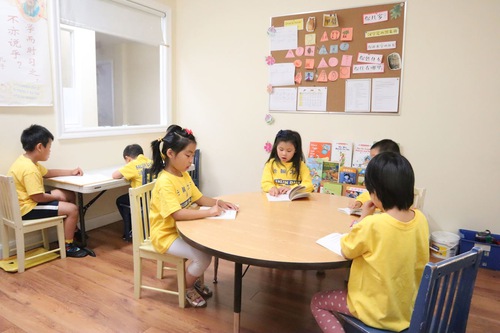 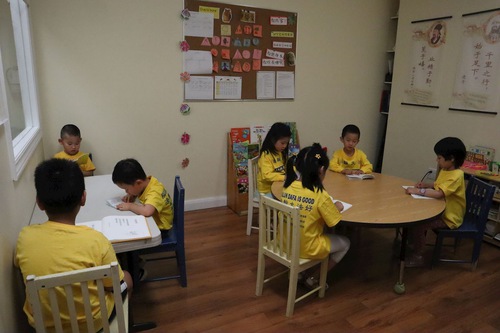 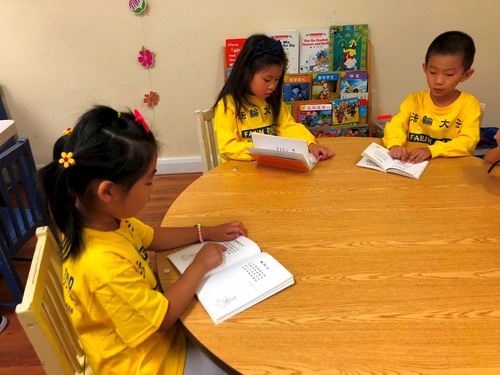 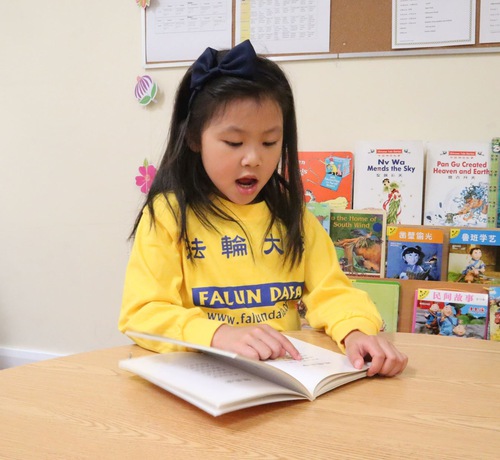 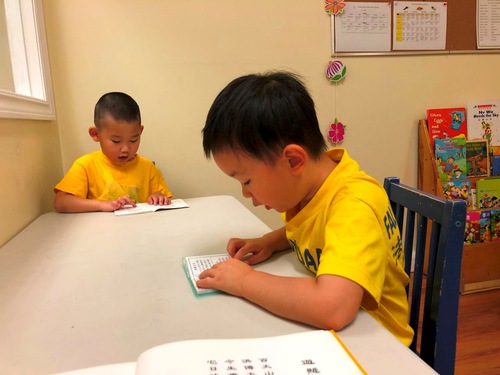 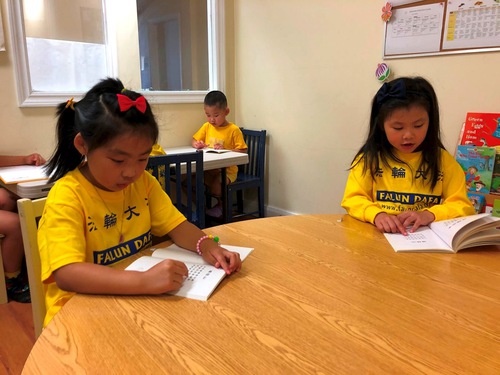 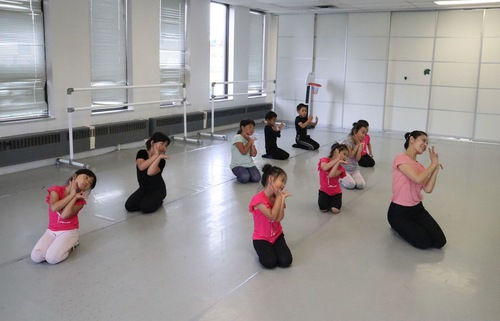 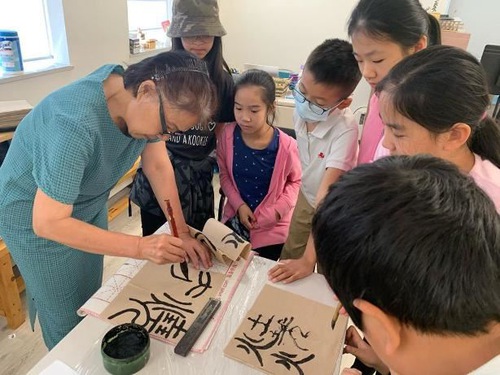 Calligraphy lessons at the school 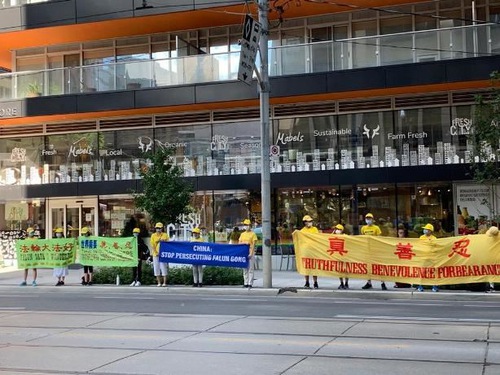 Students from the Minghui Summer Camp hold banners at an event in downtown Toronto to raise awareness of the persecution in China.

My Parents Are Overjoyed by My Progress

Albert, who is 10 years old this year, said, “I realized how hard it is for practitioners in China through listening to Jin Xuezhe’s story. They risk their lives to save people. They are truly remarkable. I should treasure this environment outside of China.”

He said he was reluctant to attend this year’s camp in the beginning. “When my mother asked me, I thought I would have trouble adapting. I might get exhausted as I had to wake up early in the morning. I have to study the books and do the exercises, then take care of my younger brother when I get home. But I got used to the busy schedule within a few days. I felt wonderful. When I told mum and dad I really enjoyed attending the Minghui camp, they were overjoyed.”

“Before I attended the camp, I played games on the computer every day. Actually I began to practice Falun Dafa with my parents from birth but lately I haven’t done the exercises for nearly a year. I felt as if I was no longer a practitioner. After going to the summer camp, I’ve been doing the exercises and studying the teachings daily. I don’t feel tired. Instead, I feel great and energetic. I love to help take care of my brother when I’m at home. My parents are more diligent in doing the exercises and studying the Fa too. The cultivation environment at home has gotten better.”

Albert said he wants to attend the camp every year and he hopes more children will join. “I’m so grateful to Master for the opportunity to attend the Minghui school,” he said.

Getting Rid of Jealousy 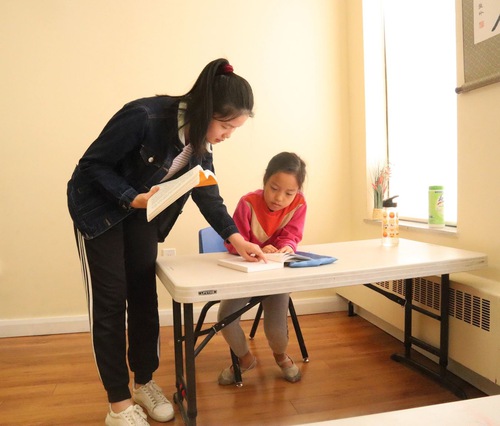 Kelly, 16, volunteered at the school.

Kelly Cao, 16, has volunteered at the school for three years, as she grew up attending the school and loved the cultivation environment it provides. “I gained something special this year. I discovered that when I’m jealous of someone, if I don’t hide it and [instead] expose this attachment, it will be gone at once,” she said.

She gave an example. “One day a volunteer came. She tidied things up and organized all the work. The teachers and students were very pleased with her. I thought to myself how come she did everything so well. I later realized I was not simply envious–it was jealousy. I wanted to get rid of this bad thought, but it seemed rather difficult. Whenever I saw how well she did, I became jealous.

“I decided to tell her how I felt. Strangely enough, when I exposed my attachment, my jealousy quickly disappeared. Of course it is very important to keep up with exercises and studying the Fa every day. If I stay at home, time will go by in a flash, and I wouldn’t seize the time to do these things. In this environment, I can share my understandings with fellow practitioners, and whenever I find any attachments I will immediately try to get rid of it.” 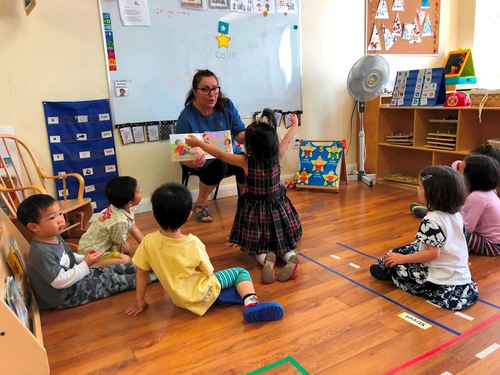 Izabela taught the kindergarten class at the Minghui School for the first time this year.

Izabela is an experienced teacher who taught at a public kindergarten in Toronto for 20 years. This year, she taught young practitioners in the Minghui kindergarten for the first time. She said, “There are three major factors in a child’s education: family, school, and environment. Environment plays a very important role. Kids are like a piece of blank paper. They are easily affected by the world's vices. Having worked in a kindergarten operated by non-practitioners for nearly two decades, I have seen and heard a lot. There are many shocking incidents in today’s education system.”

“Young practitioners in Toronto are so fortunate because they have a Minghui school. This is one of the main reasons I decided to leave my job and work at the school. I think Master has given me this responsibility, to educate these children. Together with other practitioners, we create a cultivation environment for them.

“This is also an environment Master has arranged for me to practice cultivation. I really cherish this opportunity. Being with so many teachers who are also practitioners, we put our hearts into nurturing these kids every day, and young practitioners form an environment where they learn and improve together. Money cannot buy this.”

Kelly Huang is the head teacher of an intermediate class for children aged 8 to 9. This was the first time she was in charge of a class. She was a bit nervous initially but later found that she actually gained a lot from the experience. “These children have helped me improve in cultivation. I saw many of my shortcomings through them,” she said.

“One child refused to do what I asked in the beginning. She even influenced the others. But when I got rid of my resentment and stopped blaming her, she changed.”

Kelly narrated the incident in detail. “One time while I was teaching, everyone sat quietly and listened except for this child. She stood up and walked around. When I asked her to sit down, instead of doing it, she made unpleasant remarks. I said to her sternly, ‘If you don’t sit down, I will send you to the principal’s office.’ My voice was much louder than usual. There was fear in her eyes, and the other children looked shocked. I must have appeared to be very angry.

“I observed that my behavior had an impact on her and the other kids. I was teaching them to be tolerant, yet I did not set an example. I immediately regretted losing my temper. Although the naughty child returned to her seat, I felt very bad. I apologized to her after class. She said very sincerely it was her fault and she also apologized.

“I realized I had negative feelings about her. Every time she made things difficult for me, I would think, ‘Don’t let this happen to me.’ When I changed my thoughts, she also changed. I realized I was irresponsible and impatient. When I became more patient and caring, the child slowly changed for the better. Even the look in her eyes appeared kinder, and she was willing to help others.”

Teachers Should Provide a Good Environment for Students

Jin Jin has been teaching the junior class (ages 4-5) at the Minghui school for over 8 years now. She came to realize this year how important it is for teachers to give students a good cultivation environment.

She gave an example: “A child gave me a headache because he was naughty. During craft lessons, he used the scissors to cut his clothes. When I prepared workbooks and arranged them in order on the shelves, he would mess it up. Every child would take their own face masks and put it on when going outdoors. He grabbed other children’s masks and ran away with them. He also hit the other kids. Sometimes I lost my patience and sternly criticized him.”

“I observed that after I frequently reproached this student, it affected the other kids. They started to treat his behavior negatively. I knew I should set a positive example. I also failed to consider how young he was. In fact, the boy regretted doing the wrong thing because he could not control himself. I came up with an activity for the children, asking everyone to mention something positive about another child. As the students learned to see others' good side, the environment changed completely. They stopped complaining about others, and more compliments were heard. The kids loved to do good deeds,” she said.

As the 2020 summer camp drew to a close, Ms. Pang, a school coordinator said, “This year is the 17th summer camp organized by the school. Teachers, parents, and students were in their best cultivation state this year. There were many restrictions due to the coronavirus, but thanks to the joint efforts of parents and staff, things went smoothly. Furthermore, the young practitioners were very sensible and cooperated well.”

“Master has given the staff, parents, and young practitioners involved in Minghui schools the best cultivation environment. Every one of us made progress in cultivation, and our character and wisdom were elevated as well. I thank Master for looking after us, and I thank the parents for their cooperation.”